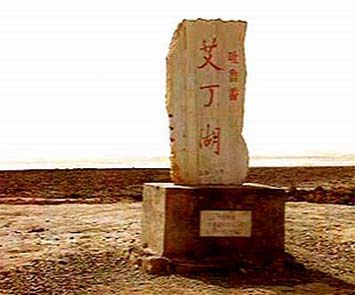 It is the lowest lake in China and the second lowest lake in the world (The first being the Dead Sea which border between Israel and Jordan which is 391 m. - 1,283 ft. below sea level).

The lake gets its beautiful name from Uyghur language meaning the moon. Since it's a salt lake, most of the water in it has evaporated with the passage of time forming the thick salt layers.

Aydingkol Lake is the one of the worlds' hottest and driest place with an annual rainfall of no more than 20 mm. The evaporation capacity is several thousand times larger than the rainfall capacity. 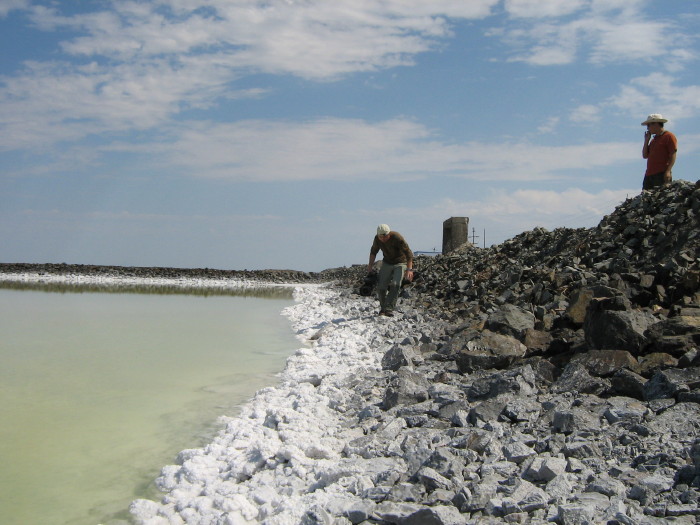 The special geological position and its rich quantity of heat have attracted both researchers and tourists from home and abroad.

While roaming around the lake, you are likely to see field mice and hares scurry away for fear of people approaching them.

Besides, the stunning scenery displayed by various kinds of plants thriving there will surely make you feel like being in the wild and in close contact with nature.

The entrance fee for the lake is only 5 RMB and if you really want to go there, you'd better take a taxi or perhaps your mountain bike as the road is so bumpy and uneven some busses won't go this way.

Shanghai
⇀ Shanghai
...
Shanghai ⇀ Mount Huangshan ⇀ Zhouzhuang ⇀ Shanghai
7 days
∙ Private ∙
Natural scenery
This tour combines a visit to China's most prosperous Shanghai and Mount Huangshan. A one of a kind geological mastpeice with a summit that floats above the clouds. Experience the most remarkable sunrise and stop to visit a picturesque village.
Add to shortlist
From ¥ 6,200
View tour >