'Never before had I seen so glorious a landscape, so boundless an affluence of sublime mountain beauty.' 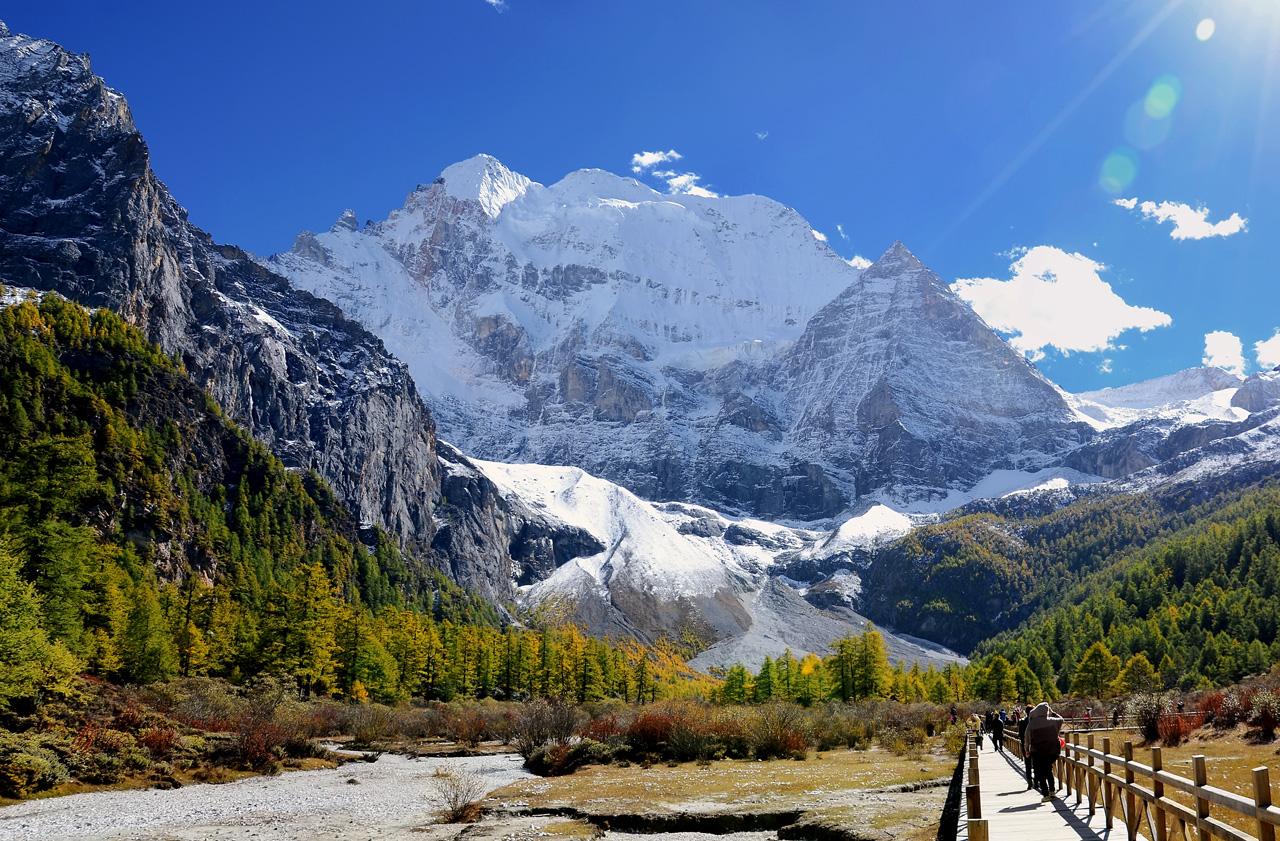 'Thousands of years have they stood in the sky exposed to rain, snow, frost, earthquake and avalance, yet they still wear the bloom of youth' -- John Muir.

In October, red, yellow and green trees form a dazzling autumn vista at Yading Nature Reserve Park, which is now attracting a host of visitors seeking 'the last Shangri-la' in China.

If the altitude of Daocheng County doesn't leave you speechless, the magnificent mountains and meadows in the vicinity of this 4,000-meter-high plateau surely will. Holy snow-capped mountains, lakes and temples, once accessed only by the odd explorers, now attract a host of visitors seeking 'the last Shangri-la.' 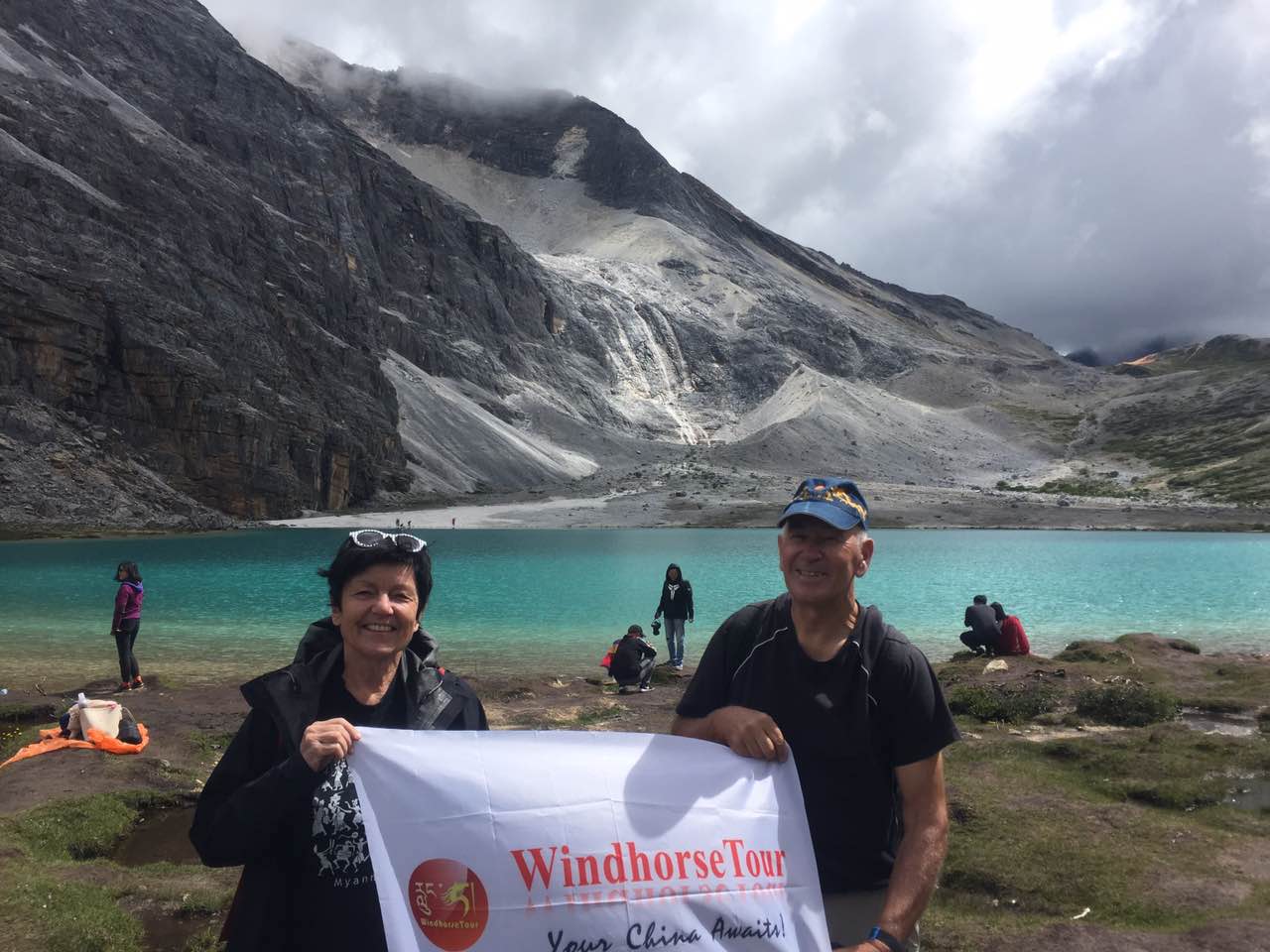 Three sacred mountains
Chenresig (or Xiannairi in Chinese), Jampelyang (or Yangmaiyong) and Chanadorje (or Xiaruoduoji), all together, they were ranked as the eleventh most sacred mountains in Tibetan Buddhism. 'The three peaks were blessed in the 8th century, when Buddha Padmasambhava shed his divine light on the range, and named the three elevations after three bodhisattvas. The 5,958-meter-high southern peak, Jambeyang (or Yangmaiyong), represents Manjushri, the Bodhisattva of Wisdom, while the eastern peak Chanadorje (Xiaruoduoji), of the same height, stands for Vajrapani, the Bodhisattva of Wrath and as the tallest of the soaring trio, the 6,032-meter-high north peak, Shenrezig (Xiannairi), represents Avalokiteshvara, the Bodhisattva of Compassion and the patron-saint of Tibet. Buddhists believe that a pilgrimage around these mountains is the spiritual equivalent of saying the Mani scripture 100 million times.

Its sacred lakes
Five-color Lake: Around 4800. It lies beneath the sheer precipice walls of Xiannairi's stunning south face. The lake changes its color amazingly from green, bright blue to deep ocean blue upon light conditions. 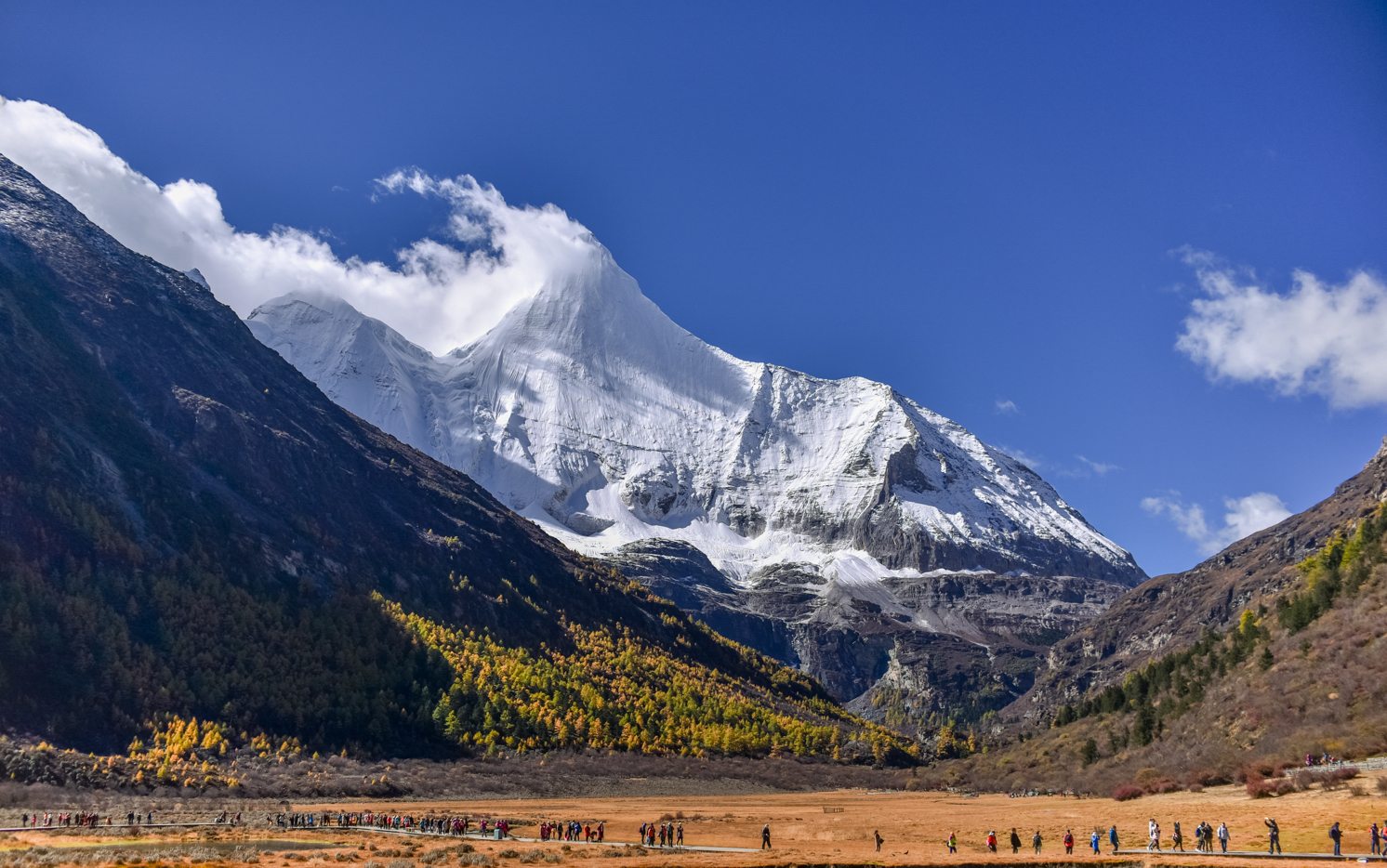 Milk Lake: A glacier-fed lake. Glacier running off from Yangmaiyong gives the water its striking bright green color. The best view can be gained if you follow the main trail along the north shore of the lake and climb up to the col in the west. Milk Lake is more likely situated at an elevation of 4400M.

Location: Both Milk Lake and Five-color Lake are situated at the saddle between Yangmaiyong and the south face of Xiannairi, with Xiaruoduoji standing at the east range. It is the second place to admire all of three sacred peaks. Although the view of Yangmaiyong is less impressive than that of in Luorong Pasture, both lakes offer breathtaking views of Xiaruoduoji and Xiannairi.

It takes three hours to hike from Luorong Pasture to Milk Lake. Five-color Lake is hidden behind a steep slope, 150m higher than Milk Lake beneath Xiannairi's south face. Count 30 minutes to reach it from Milk Lake. No clear trails. Follow the direction of Tibetan praying flags hanging above the slope.

Pearl Lake (Zhenzhuihai): 4000M. It is hidden in the beautiful upper valley of Xiannairi's north face, accessed by an easy 45-minute walk from Chonggu Lodge. 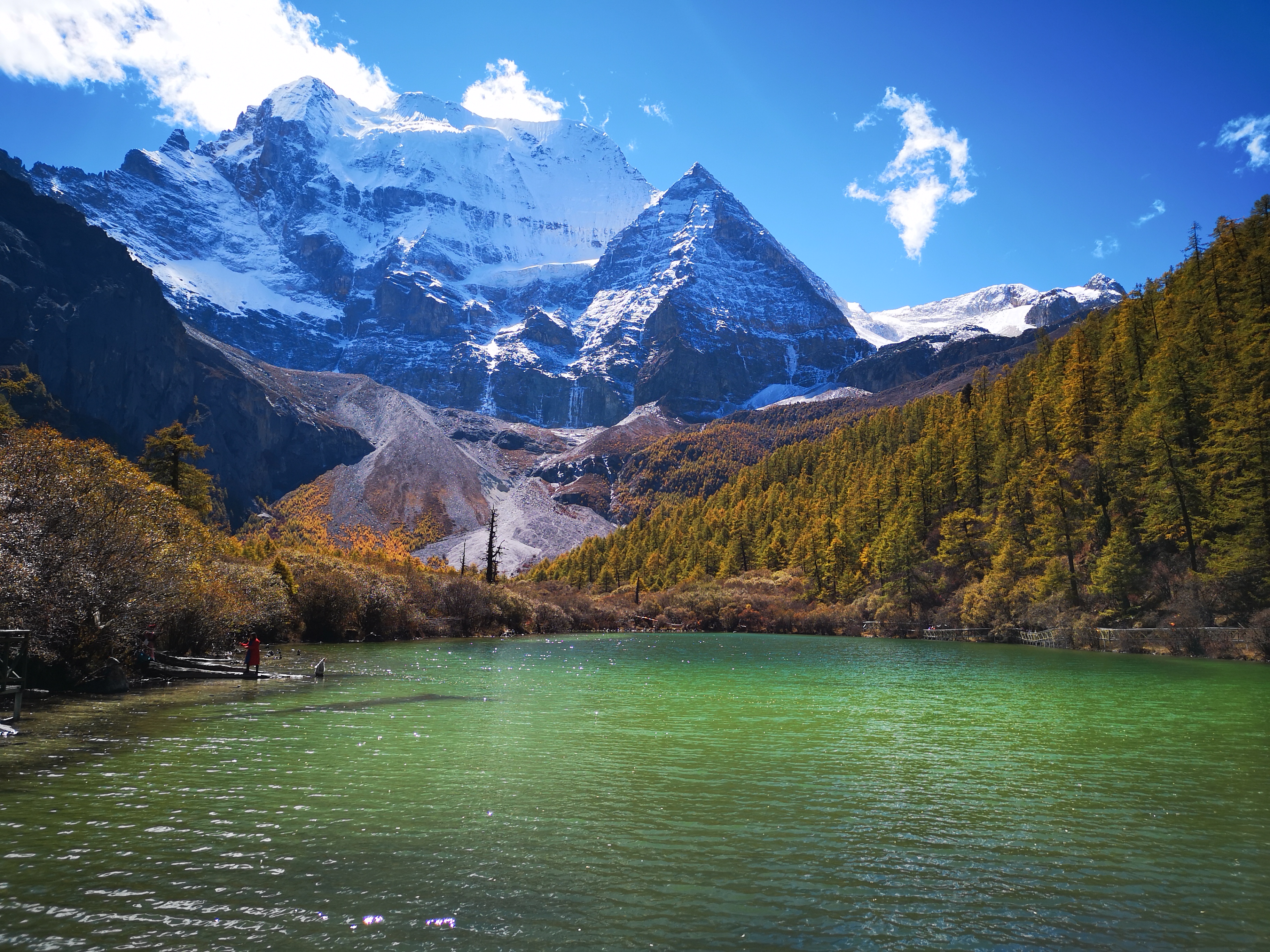 Other sight spots around Yading
Chonggu Si (Chonggu Monastery): 3880M
A small monastery built in Yuan Dynasty, more than 700 years ago, offers a spectacular view of Xiannairi's north face. The Chonggu Lodge is operated by the monks from the monastery. Access: See Kora.

Luorong Pasture: 4180M
A paved trail leads to Luorong Pasture, 12 km from the entrance, an easy three-hour trek. The difference in height is less than 300 meters. Luorong Pasture is situated in an enchanting valley between the east face of Xiannairi and the west face of Xianuoduoji. Yangmaiyong, 'a truncated pyramid' claimed by Joseph Rock, rises almost 2000 meters at the upper end of the valley. It is the first place in the reserve where three sacred peaks can be seen.