Culture along the Yangtze

No one can afford to underestimate the importance of the Yangtze River in China. It has made such a great contribution to the evolution of Chinese civilization. It will long continue to serve the needs of Chinese people. Nothing could replace the inherent relationship that exists between the Yangtze River and Chinese culture.

Water is source of life. The fact that water brought up civilizations has well proved by relations between water and the ancient civilizations we had already known, for instance, ancient Egypt and the Nile, the ancient India and the Ganges, etc. In China, continuous remarkable excavations in the Yangtze River region were brought to the limelight in around the 1950s, which recorded the process of the activities of primitive human beings spanning from Paleolithic Period three million years ago to the Eolithic Period. Site of ancient ruins proved that Yangtze is also the birthplace of Chinese civilization.

According to fossil of ape man found in the Three Gorges region and the Yunnan province as well as other valuable discoveries, scientists concluded that the upper reach of the Yangtze River could be the origin of Chinese nation. People marveled at the relics that had been excavated each time, from which the track of Chinese civilization can be sensed. The Yangtze region witnessed the transitions from slavery to feudalism and experienced the evolution from the survival economy to the peasant economy. And each alternation of each dynasty marked the development of the society, although it was accomplished by the battles and wars. The most notable era should be the Spring and Autumn Period and the Warring States Period (770 BC-221BC) when the profound Bashu Culture and Jingchu Culture as well as Wuyue Culture emerged and became the earliest keynote of the Chinese southern culture.

Findings show that the Yangtze region was kept in advance in each past era. The ancient site found in Hunan Province shows that the planting technology of rice had been mastered 8,000 years ago, which was 2,000 years earlier than that in India. Silk industry is also a great contribution from the Yangtze region. A piece of silk 4,750 years old excavated in the Zhejiang Province was the earliest one found around Yangtze. Center of silk industry was transferred to Yangtze River region during the Sui Dynasty (581-618); while the period of Tang Dynasty (618-907) witnessed the prosperity of silk industry. Thus 'Silk Road'--one symbol of Chinese civilization could lead its way much further.

There are so much historical and cultural treasures left in Yangtze area ranging from tangible heritages such as ancient city wall (in Jingzhou City) to intangible asset such as literary works passed down from celebrities though all the ages. All in all, Yangtze River counts a great deal in the evolvement of Chinese civilization. It is the Yellow River and the Yangtze River as a whole that gestate the profound Chinese culture.

Ba & Shu Culture - Cruising up to the upper reaches of the Yangtze River, you will find yourselves submerged in the distinct Ba & Shu culture. Sichuan Province and the Chongqing Municipality in the southwest of China inherited this indispensable part of Chinese culture. You should not be surprised that locals proudly distinguished themselves as the descendants of the ancient Ba Kingdom and Shu Kingdom, each having individually created a brilliant civilization in the primeval times.

Origins - According to historical research, the Ba and Shu nations founded their kingdoms around the upper reaches of the Yangtze River around the 11 - 16th century BC and formed their own culture. In fact, the Ba Culture and Shu Culture are two different entities in terms of archeological research since they had their own distributions. However, they both originated from the late Neolithic Age, though the Shu Culture was rooted in the Sichuan Basin while the Ba culture originated from the Three Gorges region. 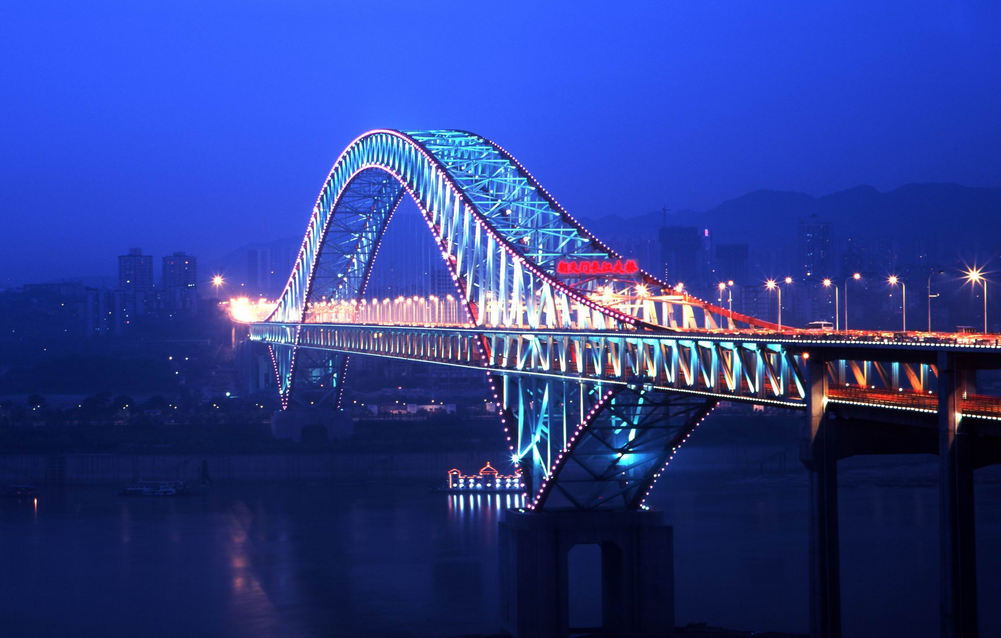 Mysterious Ba Culture - However, records of the Ba Kingdom and its culture are so limited that only remains that existed during the Warring States Period could be found. This is intriguing; especially if one considered that the Ba Kingdom was defeated by the powerful Qin Kingdom in the mid Warring States Period. During those times, the Ba Kingdom was in turbulence and the Ba people were exiled. Thus presumptions and legends saw a rise which made the Ba Culture much more mysterious. It was only from the excavation of ancient tombs that we could unravel the confusing but enchanting Ba Culture. Unique aspects of the Ba culture include tiger designs and the centre of the palm lines which were commonly painted on vessels. Enginered with distinct Ba style was unearthed during excavations as well as swords and tomahawks etc.

Influential Shu Culture - As for the Shu Culture, the Sanxingdui Site in Guanghan City of the Sichuan Province symbolizes its splendor. Relics excavated from the Sanxingdui Site proved that ancient Shu people created an advanced civilization, which was a leader in the manufacture of bronze vessels and jade articles. At the same time the excavations also raised many enigmatic issues, puzzling archeologists even now. Some of these questions include, for instance, how could the Shu people have mastered such an advanced technology in smelting bronze and whether the signs on the unearthed vessels represented the prevailing language or the religions symbols?

Communion of the Two - Without clear boundaries between the two nations, exchanges between the two cultures were quite frequent. Through thousands of years, these two cultures therefore ended up with a great deal in common, thus merging into the Bashu Culture during the late decades of the ancient Ba and Shu Kingdoms. In the process of communion between two, the two cultures had exchanges with various nations in the middle part of China as well for thousands of years. The culture was gradually assimilated by the Han nation and integrated with the Han Culture as a whole.

Collection of Folklores - Beautiful legends and intriguing folklores are an indispensable part of the Yangtze Civilization. These tales enhance the enchantment of the Yangtze River. Many of these have become engaging stories through the trial of time. Some talk of specific gorges, one a grotesque stone and yet others a mysterious river. The following is a sampling of some of the more well-known tales.

Zongzi and the Dragon Boat Racing - When Qu Yuan died for his country by drowning in the Miluo River, people threw rice into the river as a sacrifice in order to commemorate death of the great patriotic poet. One night, however, people in Zigui (Qu Yuan's hometown) dreamt that Qu Yuan was back at home. 'Why are you in such poor health?' the people asked. Qu sighed, 'The rice you sacrificed was eaten by the fish.' 'Then what should we do?' they asked anxiously. Qu suggested that the rice should be wrapped in lotus leaves and formed in the shape of tined millet. Fish are said to be afraid of the tined millet. Today, these rice filled lotus leaves called 'Zongzi' are eaten at the time of the Dragon Boat Festival each year to represent the original tined millet referenced in this legend.

The Dragon Boat Festival came about because at the news that Qu Yuan had drowned, people desperately rowed their boats on the river in the hope of finding him and saving his life. Rowing on the river is now carried out each year on the day Qu Yuan died. Later, the shape of the boat was changed to that of a dragon so that the fish would not dare to attack Qu Yuan's Body.

Peach-blossom Jellyfish - A legend has it that one day Wang Zhaojun was washing her face in a river, near Zigui (her hometown), when her necklace broke off. When the pearls scattered in the swift river current, the water became crystal clear and began to emanate a sweet new fragrance. This is why people now call this river the Fragrant River.

The beautiful story goes that before the day Wang Zhaojun set off to the remote Hun Tribe in north of China, she was back at home to bid farewell to her parents and villagers. While boarding the Emperor's ship, she played her lute. The melody was so sorrowful and touching that the peach petals began falling down. Wang was all in tears at the scene. Her tears fell on the petals; the petals became colorful fish and swam after the boat. Wang gave the fish the name Peach-blossom Fish. Today we also call them Peach-blossom Jellyfish.

The Goddess Peak - Among the Twelve Peaks of Mt. Wu, Goddess Peak, also known as Wang Xia Peak, is the one most commonly photographed by passers-by. This peak has a famous story about it as well.

Yao Ji, the twenty-third daughter of Xi Wang Mu (Queen Mother of the West), was not only kind and lovely but also courageous. One day, she persuaded her eleven sisters to go with her and they secretly left home. They had never been more excited than to see the sub-celestial world. However, when halfway in the Wu Gorge they saw that twelve evil dragons were causing trouble for Yu the Great, who was besieged by flood water. Moved by Yu's determination for surviving the flood, Yao Ji decided to help him out. She presented a book to Yu and breached the rules of the time by not returning back home. Although the flood was brought under control, Yao made up her mind to live in the Three Gorges forever to prevent disasters and protect the people there. Year after year, she is reincarnated as the Goddess Peak and respected by the people always.