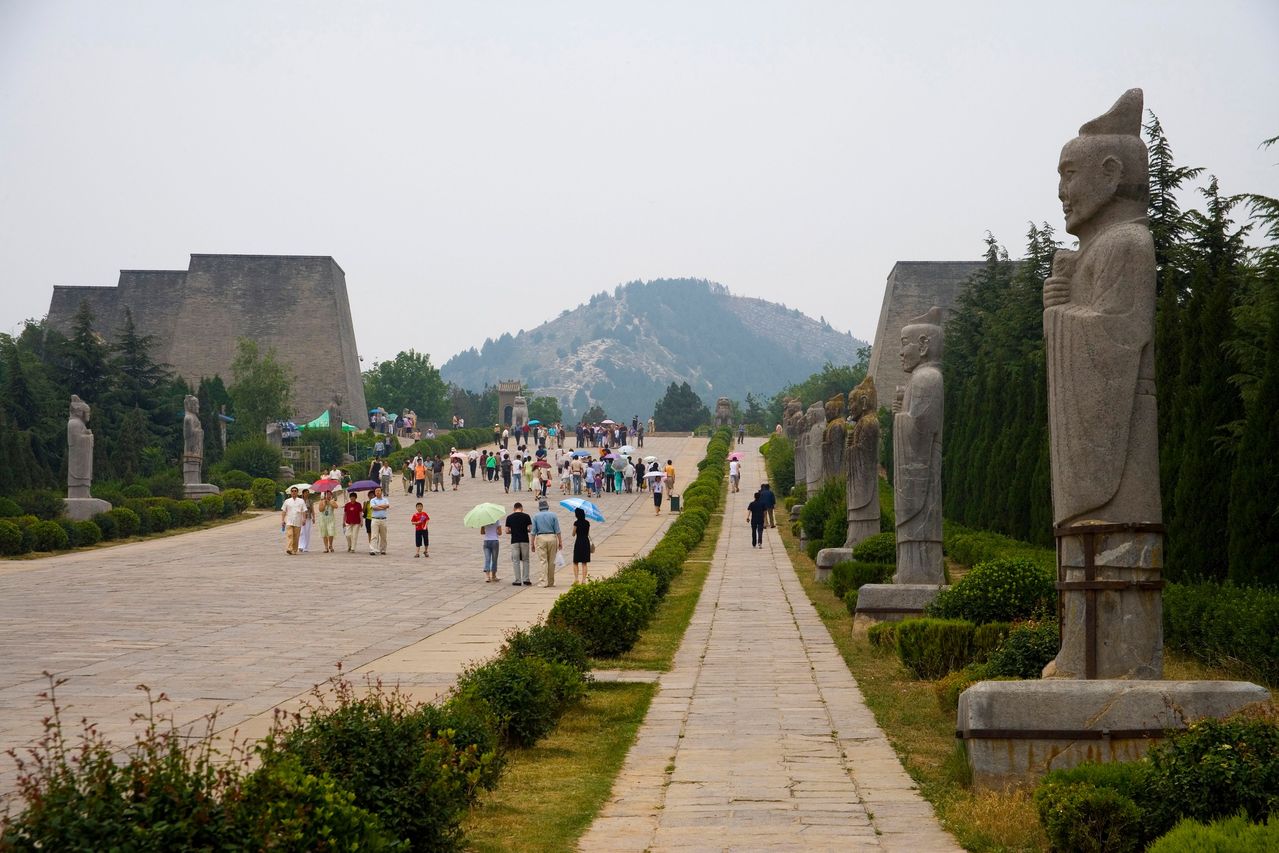 Qianling Mausoleum is the imperial tomb of the one and only reigning Empress in Chinese history. Being a controversial figure in history, her tomb is also heavily clouded by mystery.

Get ready to explore this impressive tomb of Empress! Read on travel tips on it's location, history, what to see,  ticket price, opening time etc..

The Tang Dynasty (618 - 907) is truly a fascinating period of Chinese history, not only for its splendid and rich culture but also for its several eminent rulers.

Among them the most renowned one is Wu Zetian, the only reigning Empress in Chinese history. Therefore, it's not surprising that the Empress should have shared her late husband, Tang Gaozong's tomb after her death.

Qianling Mausoleum, located in Qian County on the summit of Liangshan Hill some 80 km. (50 mi.) northwest of Xi'an, in Shaanxi Province, is where the imperial couple was interred.

This magnificent tomb was built in 684 A.D. and took 23 long years to complete. It sets a record of being the only instance of mausoleum that has emperors of two dynasties buried together in it in China and even around the world. 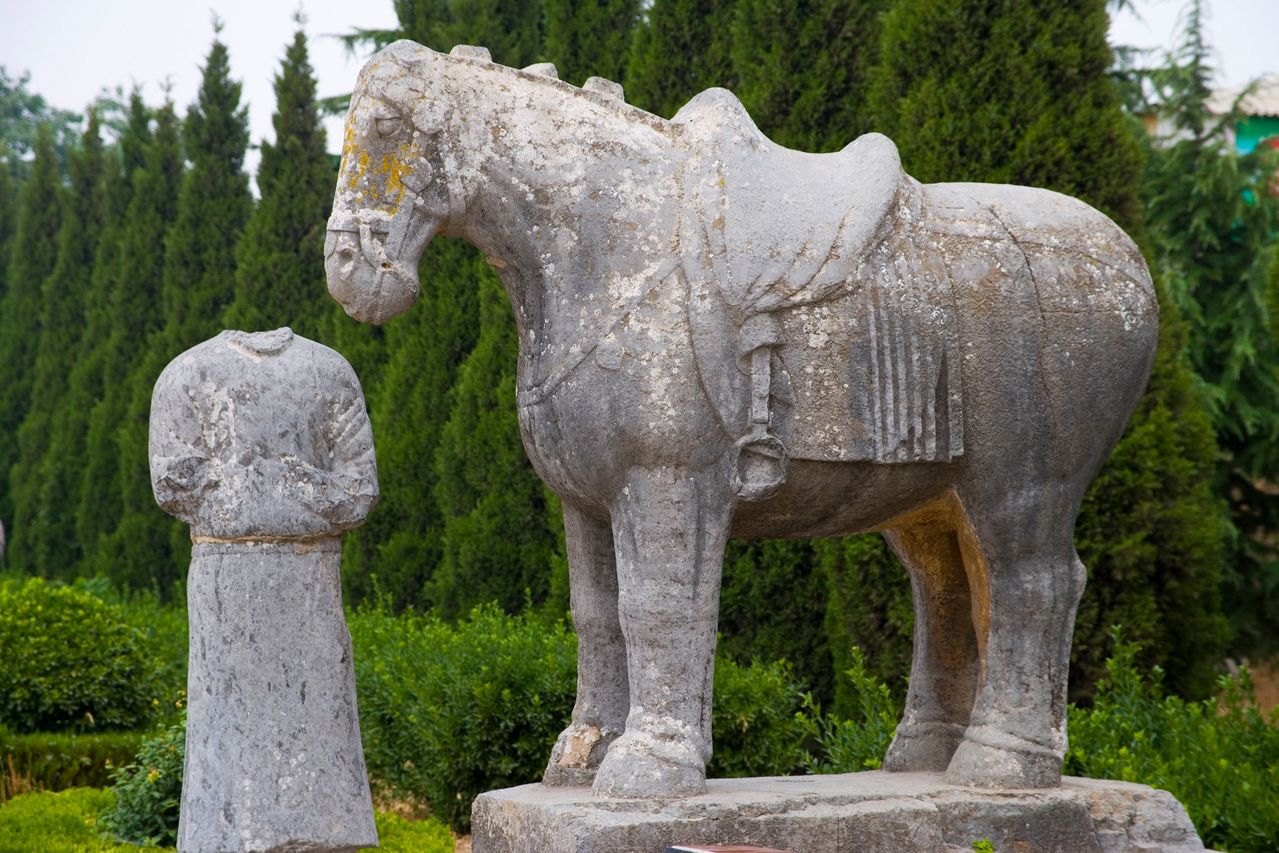 According to historical records, Qianling Mausoleum was protected by two interior and exterior city walls with four big gates. Based on exploration results, the inner wall covers an area of 2.4 million sq.m. (25. 8 million sq. ft.).

You reach the mausoleum first by climbing up 537 imposing steps, then walking along a stone-paved road lined by stone horses on both sides.

Qianling Mausoleum is actually a large tomb complex which houses the remains of various royal members of the Li family.

This include Prince Zhanghua and Yide, Princess Yongtai, Anxing etc.. Cultural relics amounting to 4,300 pieces including 100 scrolls of fascinating mural paintings have been excavated there. This is extremely important in helping with the study of culture and customs in Tang Dynasty. 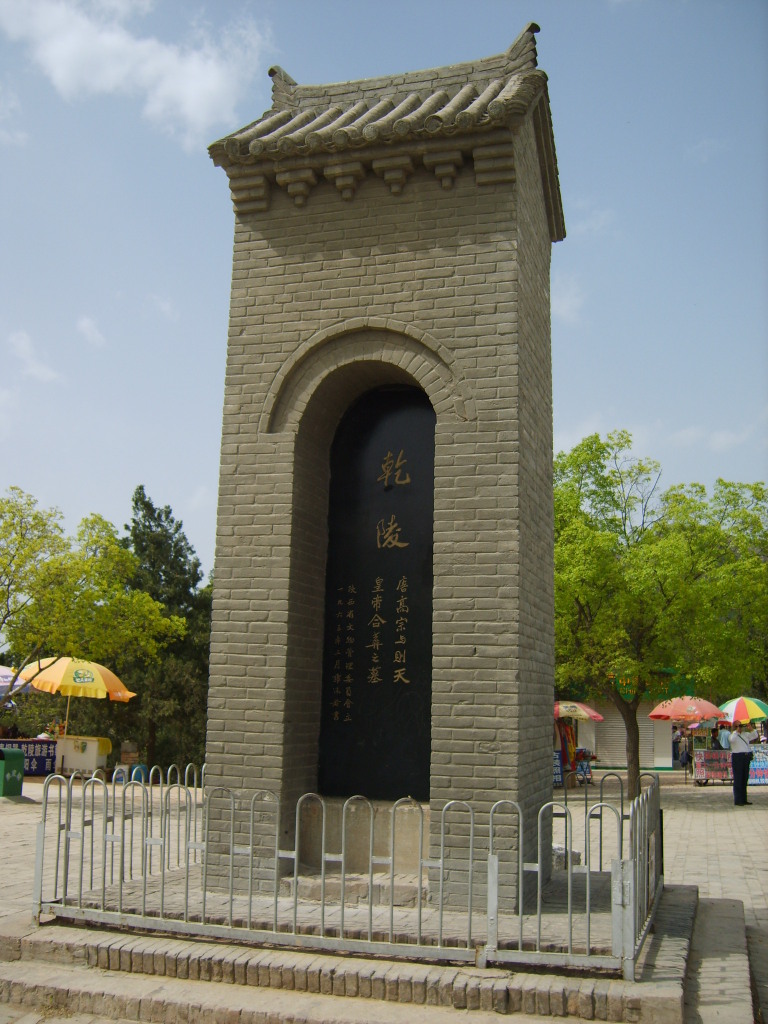 What really stirs people's curiosity and makes them surprised is the numerous stone statues scattered on the road outside Zhuque Gate.

They are 61 stone figures having no heads and standing in a modest and courteous manner with different costumes on them.

As regards the reason why they have no heads, people haven't reached any consensus on this, though some said they may be chopped off by civilians in Ming Dynasty.

There are lots more China Travel Tips to help plan your trip. Read, Learn and Share.