The Tibet Tourism Bureau (TTB) announced January 6, 2014 that they will stop issuing permits for any foreign traveler that is planning to enter Tibet after January 25, 2014.

This pattern has been repeating it self annually since 2008. Based on WindhorseTour's 10 years of experience we expect the TTB to resume accepting permit applications on or around March 20, 2014. Allowing travel to Tibet resuming around April 15, 2014.

WindhoseTour advises all clients to continue plaining their travel. As it is extremely likely that both private and group trips will resume after March 20, 2014.

Compared to previous years the Tibetan New Year called Losar Festival in Tibetan is occurring earlier this year on March 2, 2014.

WindhoseTour expects for 2014 to be a very popular year for travel to Tibet given the Tibetan Lunar calendar is entering the year of the horse. Where a kora or pilgrimage path is said to be 12 times more spiritually rewarding.

To learn more about about the Tibet Permit process read What Documents You Need to Apply for Tibet Permits . 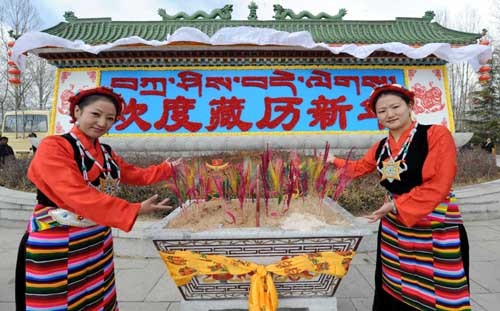