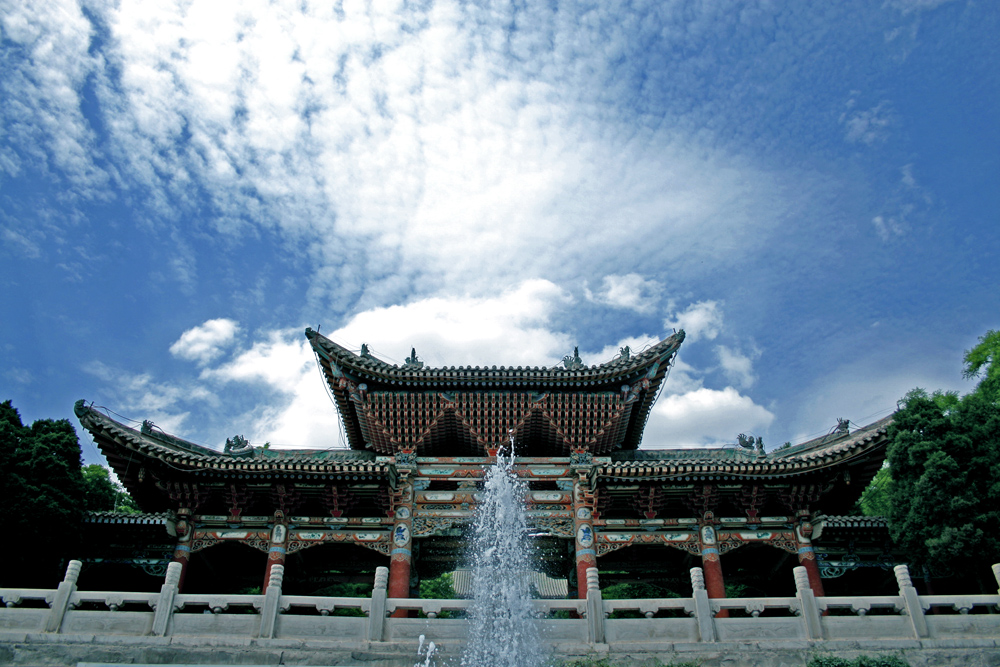 Five-Spring Mountain is located in north of Gaolanshan, south of Lanzhou city in Gansu Province. Covering an area of 267,000 sq.m. (2,873,964 sq. ft.), it boasts over 10 ancient architectural complex with more than 1,000 rooms left from Ming and Qing Dynasties.

Jingang Palace, the earliest one preserved in Chongqing Temple was built during the reign of Zhuyuanzhang (an ancient emperor ) which is 600 years old from now.

However , what makes Five-Spring Mountain so renowned is its springs which rush down the mountains making it a wonderland for tourists to appreciate nature's beauty. The five springs are Ganlu Spring, Juyue Spring Mozi Spring, Meng Spring and Hui Spring.

Ganlu Spring gets its name for its sweet and refreshing spring water. It doesn't get dried during drought spell nor does it get flooded when it rains too much. Juyue Spring shaped like a well, reflects moon in its center during the Mid-autumn Festival looking like a plate holding a moon in it and that's what its name suggests.

The name of Mozi Spring derives from the belief that if one gets a stone from Mozi Cave, he's going to have a boy delivered while if he gets a tile, a girl is to be born to his family. Meng Spring rushes down from a precipitous mountain with countless water drops pounding the rock sides.

Hui Spring is so named because its water can be used to irrigate vast expanse of farmlands to benefit many households living nearby. 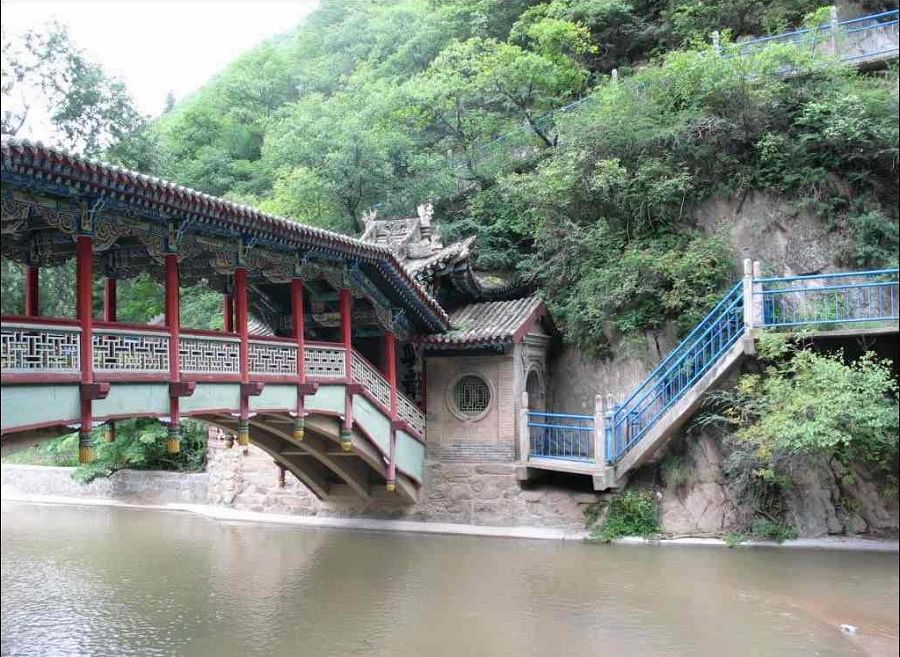 Five-Spring Mountain is surrounded by green, lush trees with pavilions standing on the path. While standing on the mountain, you can get a panoramic view of the surrounding green mountains rolling on endlessly. In the park, there is a pool lying in.

With the shadow of the pavilion the green color of the mountains reflected in it, it looks like a green jade mirror and is a perfect place for quiet and peace seekers. Besides, Lanzhou Zoo where you can find pandas, tigers, monkeys and other adorable animals is also located in the mountain.