All you need to know about trekking Mount Siguniang

Reputed as the eastward Alps because its singular peaks and unique landscape closely resemble the real Alps, Mount Siguniang, also called Four Sisters Mountain or Four Maidens Mountain, is declared as the world natural heritage, the world heritage of pandas’ habitat in Sichuan, etc. It is mostly famed among world-wide trekkers for its four continuous peaks, named Yaomeifeng, Sanfeng, Erfeng, and Dafeng at the elevation of 6,250m, 5,664m, 5,454m, and 5,055m respectively, which are covered with snow and ice yearly.

Mount Siguniang is rich in tourism resources with snow-capped mountains, steep peaks, beautiful glaciers, clear streams, large alpine meadows and hundreds of lakes spreading at its 3 eye-catching valleys. As a place with such breathtaking scenery and awe-inspiring mountain landscapes, it is the fairyland for tourists and photographers, and the paradise for trekkers and mountaineers. Honored as the ‘Outdoor Paradise’, it offers a large variety of outdoor activities such as trekking, camping, horse-back riding, mountain biking and climbing, ice-climbing, rock-climbing, etc. No matter if you are looking for a leisure tour for family or an adventurous tour from easy hiking to difficult mountain climbing, undoubtedly, it is a best place that can match all your desires during the Sichuan tour. 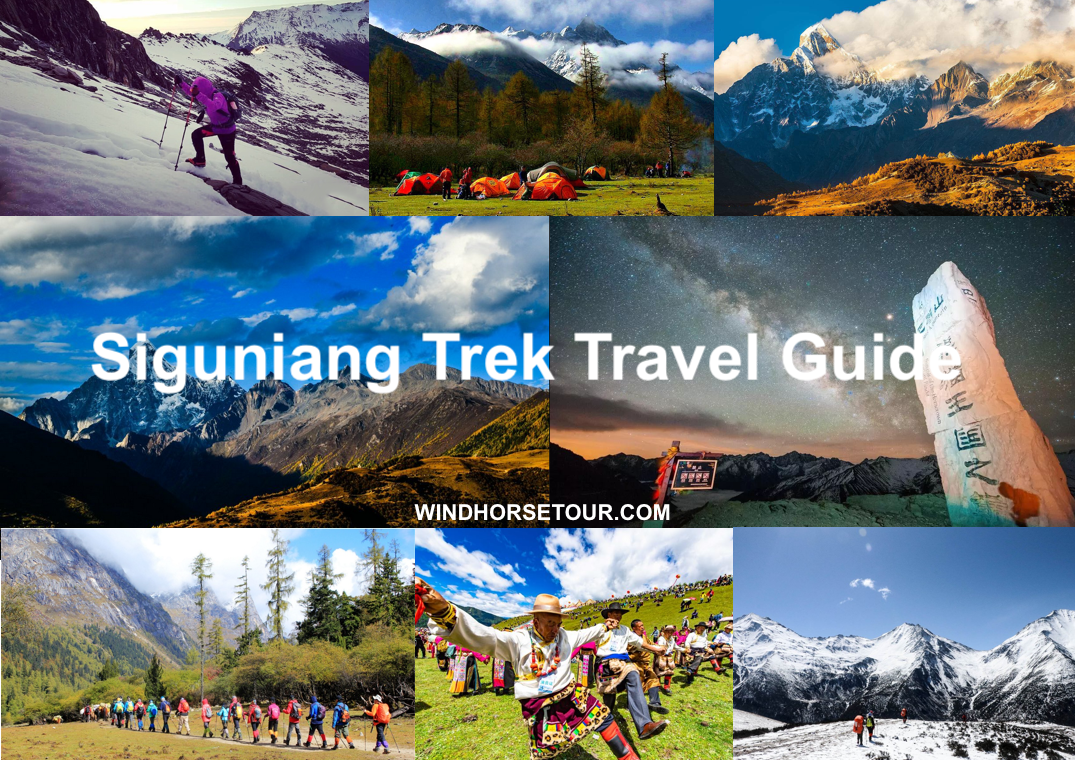 How to reach Mount Siguniang

When to trek at Mount Siguniang

It is widely considered that Autumn, particularly from late-September to November, is the best time to visit and trek in Mount Siguniang Scenic Area, as it is the season with breathtaking colorful scenery, less rainfall, higher visibility, and lots of sunny days with puffy clouds and blue sky in the daytime and bright stars at night. Late spring and summer from May to August is also another period recommended for visiting and trekking in Mount Siguniang, as the weather is warm, the landscape is very beautiful, the mountains and valleys are covered with green trees, grass and flourishing flowers, and oxygen content in the air is high, even though it has the largest rainfall of the year. In February and March (sometimes in January as well), heavy snow often happens and covers the places with an altitude of over 3,800 meters, making the places inaccessible, therefore, it’s better to avoid a trekking tour to Dafeng, Erfeng or anywhere higher in this period. 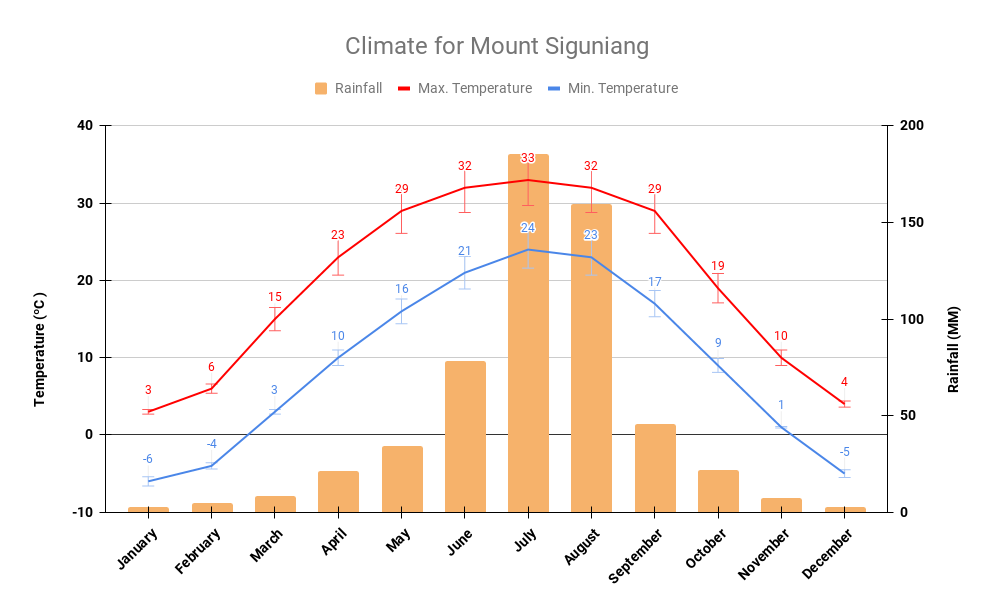 Where to trek at Mount Siguniang

As a place rich in mountain resources for trekking or climbing, there are 61 peaks above 5,000 meters and many peaks at the elevation between 4,000 meters to 5,000 meters. Those mountain peaks stand side by side, forming three beautiful natural valleys (Shuangqiao Valley, Changping Valley, and Haizi Valley) between them. Among these peaks, the most famed peaks are the four peaks named Yaomeifeng, Sanfeng, Erfeng and Dafeng. The 3 valleys and the most famous 4 peaks are the core scenic spots of Mount Siguniang Scenic Area. There are many amazing trekking trails, from scenic day-hikes to multi-day wilderness excursions, spreading across the three valleys and those peaks. 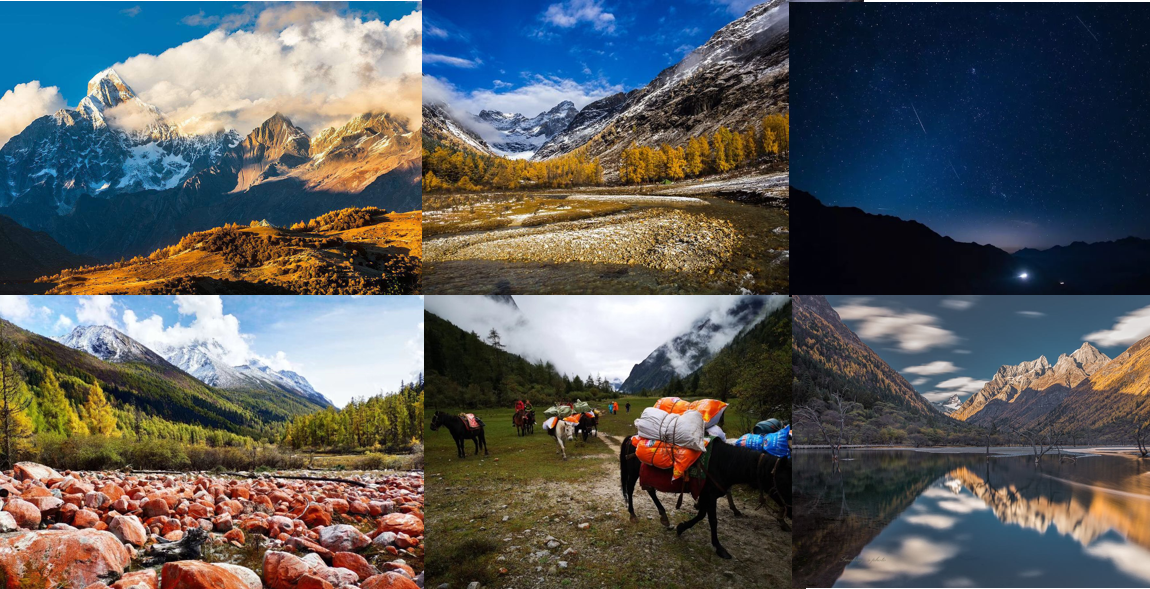 Shuangqiaogou is the only valley that can be accessible by eco-sightseeing bus along a well-paved road. Besides, it has the charming scenery combined with pastures, forests, streams, lakes, and over 10 snow-capped peaks. In addition, there is a sightseeing wooden plank road for tourists to enjoy the breathtaking scenery slowly. With a total length of 34.8 kilometers and an area of 216.6 square kilometers, the best way to explore this valley is with a combination of by eco-sightseeing bus and walking.

Famous for its snow-capped mountains, pastures, meadows, local Tibetan villages and virgin forests, Changping Valley is the best place for primitive ecological tours and ethnic customs tours in Siguniang Mountain Scenic Area. Moreover, it is the place where the highest peak - Yaomeifeng is located and an ancient battlefield with the altitude of about 3500m. Alongside, it is regarded as the paradise for outdoor enthusiasts, because it is an important campsite for climbing Sanfeng and Yaomeifeng, as well as an ideal place for rock climbing and ice climbing. At the same time, from Changping Valley, you can also cross to Bipenggou in Lixian County by trekking. To explore Changping valley, travelers can choose to take an eco-sightseeing bus from entry to the Lama Temple, then trek or ride a horse to explore the rest part of Changping Valley.

The highest valley in the 3 valleys, for the places with lakes, the altitude is about 4,200 meters. Its scenery is completely different from Shuangqiao Valley and Changping Valley. The first half part of this valley is dominated by alpine meadows, which is the best place to appreciate and photograph the Yaomei Feng. The second half is mainly lakes, and usually takes a day to explore due to the long distance. There are campsites available at Haizi Valley, it is also the place where mountaineers can climb the four peaks of Mount Siguniang. Climbers usually enter from Haizi Valley and then trek or ride a horse to the No. 1 campsite and base camp, then climb upwards to Dafeng, Erfeng, Sanfeng and Yaomeifeng.

Dafeng, also called Daguniang Mountain, is at the altitude of 5,055m above sea level. Upon your step onto this mountain, the beautiful scenery with alpine meadows, dense shrubs and forests, colorful wildflowers, yaks and horses, and grotesque rocks will come into view. There is a small amount of snow on the top of the mountain in summer, while from November to the following April, and the snow on the mountain can be knee-high, making the scenery even more beautiful than summer and harder to trek.

With the altitude of 5,454 meters, Erfeng, also called Erguniang Mountain, located between Sanfeng and Dafeng, has a fiery and sincere beauty. Every summer, most parts of the mountain are decorated with green trees and grasses, offering a breathtaking view. Here you can see rare animals living in the canyons of the Qinghai-Tibet Plateau and find many precious Chinese medicinal materials produced in Tibetan areas. Its top is in a sharp and steep shape, with its peak as narrow as a castle and covered with snow all the year round, making it typically steep.

Sanfeng, also known as Sangguniang Mountain, is at the altitude of 5,664 m. It has beautiful scenery, complex landforms and rich flora and fauna. Among them, the giant panda is the most famous. Moreover, it is a good place to experience the unique Tibetan and Qiang ethnic cultures. Its steep peak is as narrow as a castle and covered with snow all year round too. Because of its special steepness, there are very few people having climbed to its top.

Yaomeifeng, also known as Yaoguniang Mountain, with an elevation of 6,250 m above sea level, is the highest and the most famed peak among all peaks of Mount Siguniang Scenic Area. Due to its most slender figure, it is honored as the ‘Queen of Mountains in Sichuan’, Oriental Sacred Mountain. It is also regarded as one of the top ten famous mountains of mountaineering in China, so far, there are mountaineering teams from more than 10 countries and regions including the United States, Japan, Britain and Italy having reached its summit.

As a place with lots of amazing trekking trails, here we have carefully selected some most popular trekking routes below for you to pick. 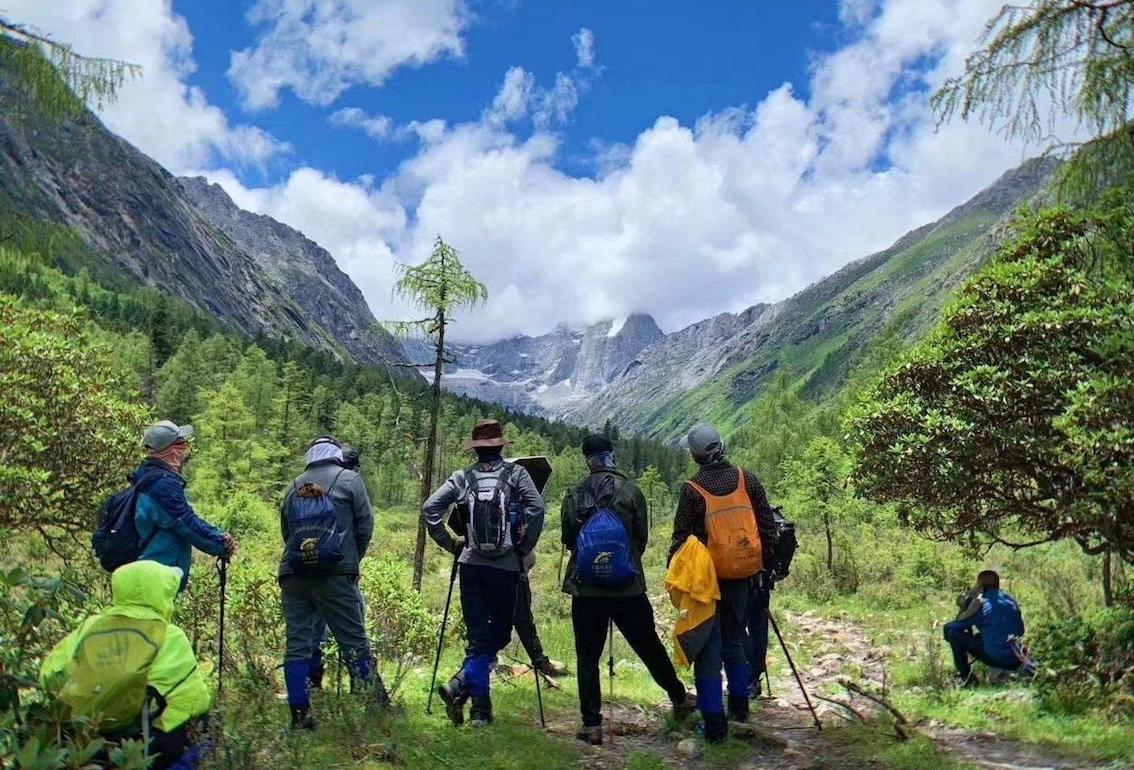 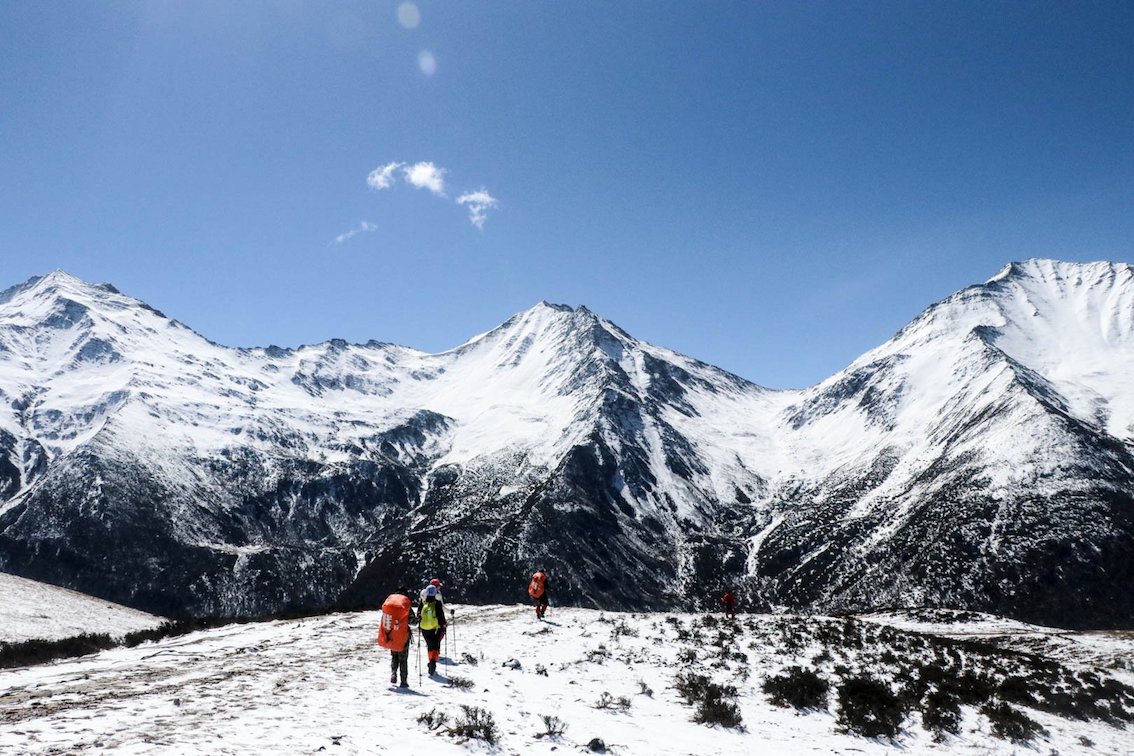 1. Haizi Valley / Erfeng or its nearby peaks

2. Changping Valley / Sanfeng or Yaomeifeng or other nearby peaks 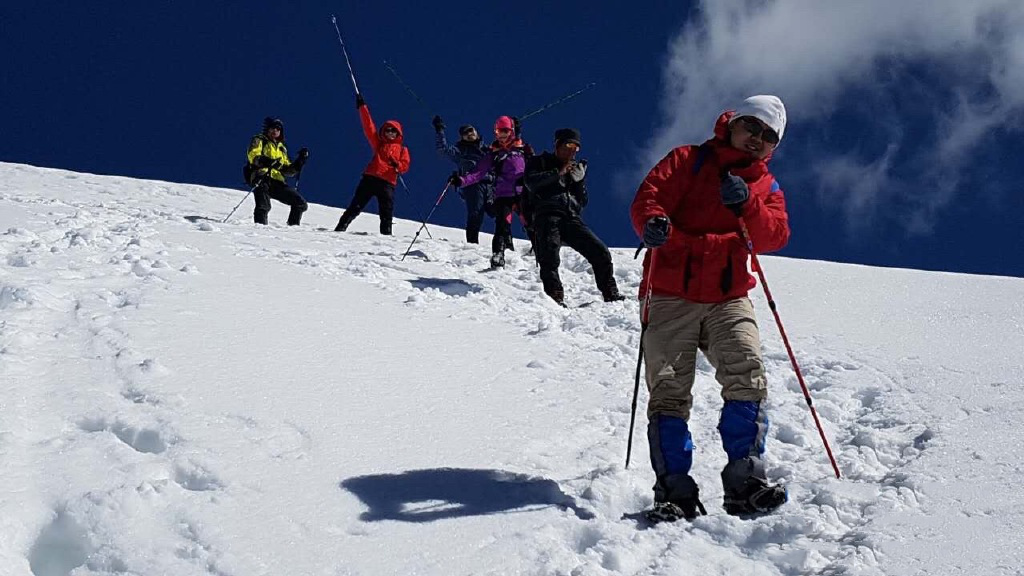 Due to its high altitude and complicated natural environment of Mount Siguniang Scenic Area, if you are engaged in outdoor activities including trekking, mountain/rock/ice climbing, to ensure the safety, travelers are required to hire a licensed mountain guide and register at the Outdoor Activities Management Center of Mount Siguniang. At the same time, you need to purchase real-name outdoor tickets at the outdoor center, which costs CN¥ 150 per person and is valid for 3 days, an extra cost CN¥ 30 per person per additional day will be charged if the trekking days exceed.

The official price for hiring a licensed local guide is CN¥ 200 per day per guide. The horse to deal with the heavy work is CN¥ 200 per horse per day. The riding horses can be rented at the Haizi Valley and Changping Valley, the single-way cost is usually CN¥ 240 per person From the entrance of Haizi Valley to Huahaizi, and CN¥ 320 per person from Lamasi to Muluozi.

Accommodation and Dining at Mount Siguniang

With the development of the local economy and tourism in Mount Siguniang, many new lodges from local guesthouses to local 4-star hotels have been opened at Siguniangshan Town, which greatly improves the accommodation condition here and offers more options for tourists to choose. In addition, it is a unique experience to stay overnight at one of the local family inns in Changping Valley or camp at one of the campsites in Changping Valley and Haizi Valley. However, one thing you should bear in mind is that, as such a remote and underdeveloped area, the amenities and service of the hotels in Mount Siguniang are not as good as those in the bigger cities of China, not to mention international standard hotels. 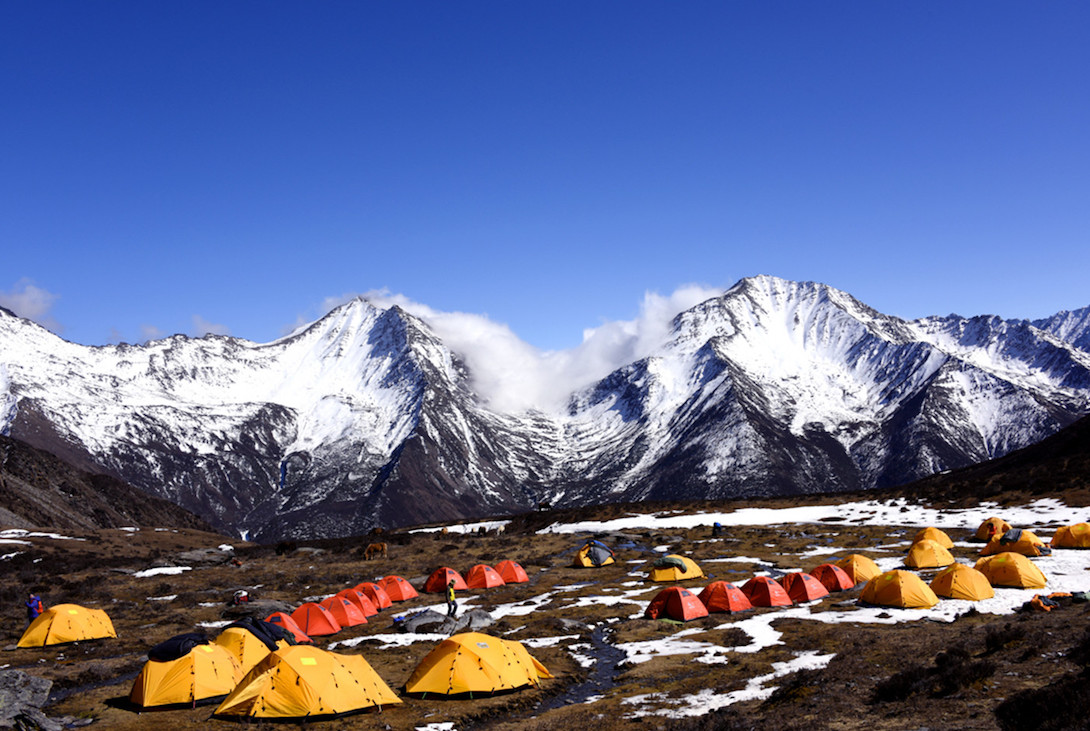 Local restaurants, mostly served with local Sichuan dishes, can be found at the both sides of the single street of Siguniangshan Town, and some of them are noodle restaurants serving noodles and dumplings. Besides, it is possible to find some restaurants serving local Tibetan dishes and drinks like the tasty whole mutton or whole chicken barbecues. While traveling or trekking in the valleys and mountains, it is highly recommended to bring some favorite take-away food or snacks, even though there are several convenience stores selling simple snacks or drinks with higher cost and some local Tibetan families offering simple local meals such as fried rice, noodles, etc.

Usually, the tap water is undrinkable, it is highly recommended to drink boiled water, if you have a weak stomach, it’s better to drink bottled mineral water as the water boils at a lower temperature in the high elevations. The bottled mineral water, Chinese green tea and instant coffee can be bought in Siguniangshan Town. The local Tibetans are used to drinking yak butter tea or sweet tea to fight against the extreme weather there, they are available at the local guesthouses and local Tibetan’s home. Besides, while trekking, do not attempt to drink water directly from natural streams/rivers/ice as it can let you suffer from diarrhea.

What to bring for a trekking at Mount Siguniang 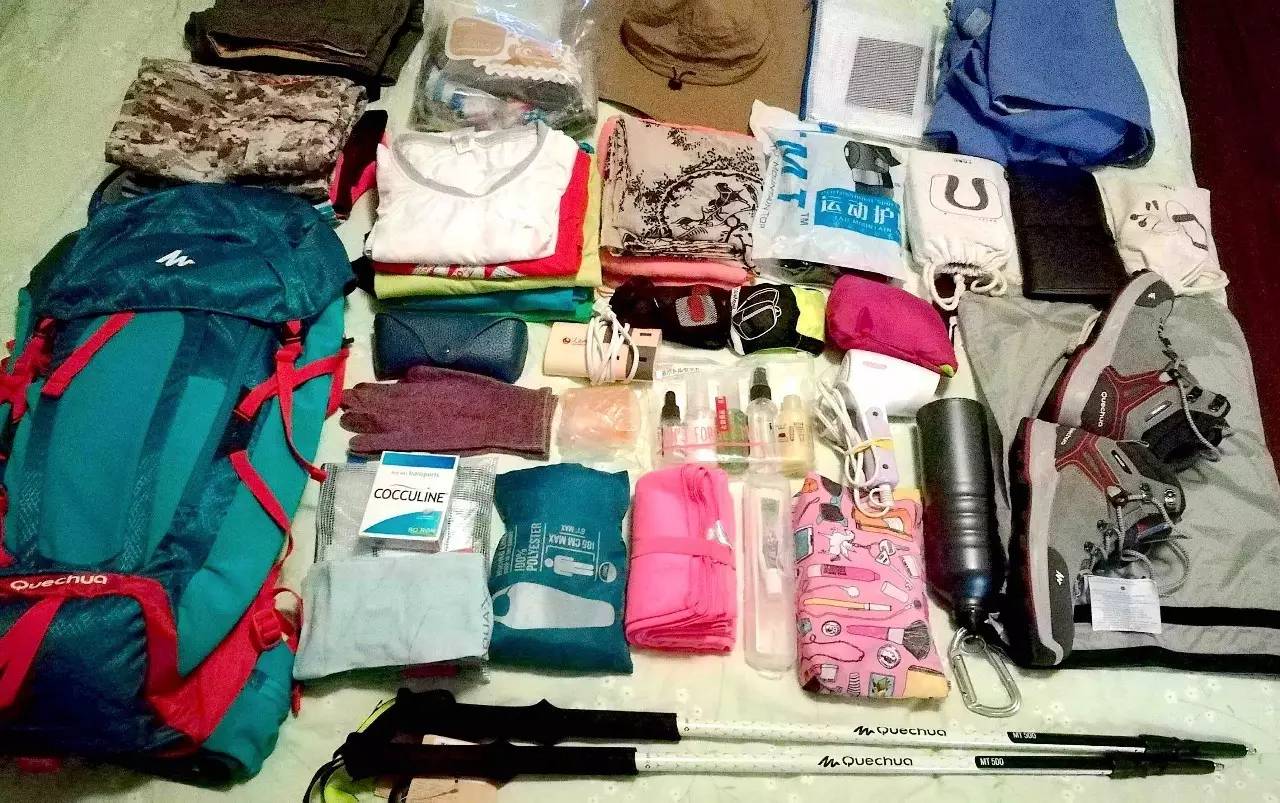 Appealed by the stunning views of Mount Siguniang, and can’t wait to plan your trekking tour to Mount Siguniang, please feel free to share your comments with us, as a local China travel agency based in Chengdu with over 14 years of experience, we at WindhorseTour are confident to design a unique and safe trekking tour for every traveler.

Chengdu
⇀ Chengdu
...
Chengdu ⇀ Rilong ⇀ Mount Siguniang Valley Trekking ⇀ Chengdu
7 days
∙ Private ∙
Photography
Embrace the enchanting beauty of Western Sichuan in this Siguniang Trekking tour. Keep your camera ready since every step you take is overflowing with picturesque scenery. Balanced with a visit to the Panda Base in Chengdu, so much more awaits!
Add to shortlist
From ¥ 5,000
View tour >

Top 5 Trekking Routes in Sichuan
The Ultimate Travel Guide to Mount Emei
How to avoid 10 common tourist traps in China
8 Reasons Why You Should Visit Yunnan in Winter
Tibet Autonomous Region vs. the Tibetan Area
Top 10 Places to Enjoy the Winter Snow and Hot Spring in China
On-board experience
A complete travel guide to the Yellow Mountain, Mt Huangshan