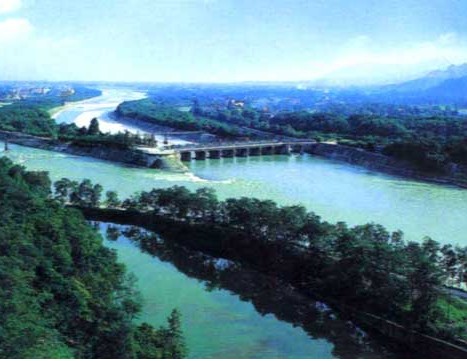 Erwang Temple was built specially to commemorate the earliest excavators of Dujiangyan Irrigation System -- Libing and his son Li Erlang. Both of their stone statues are built in the temple. Libing and later generations' mottoes about controlling water are embedded in the stone wall of the temple. These mottoes are called "Three-words Scripture of Controlling Water". There are also inscriptions of famous painter Zhang Daqian and Xu Beihong. Just like this kind classic place and profound historical story, Leshan Grand Buddha  is also a wonderful place for you to see near Chengdu, you can experience another kind of historical culture in the Leshan Grand Buddha Tour. Among the places to visit near Chengdu, Dujiangyan Irrigation System definitely should be in your list. If you join the Dujiangyan Irrigation System Tour, you will know that Erwang Temple is the important part of this world cultural heritage -- Dujiangyan. 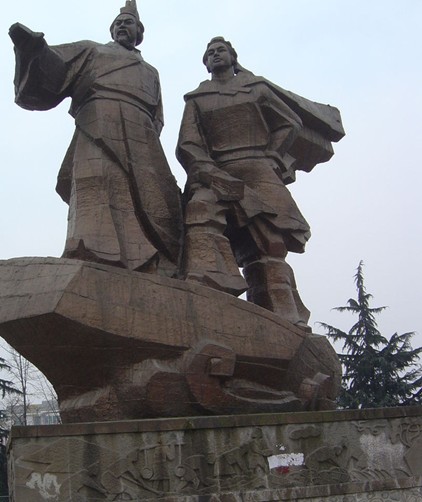 History of Erwang Temple -- Erwang temple was first built in the Northern and Southern Dynasties (420 A.D. to 589 A.D.) in China, the existing architecture was the rebuilt in the Qing Dynasty. First there was only one statue for Libing. Before the Dujiangyan Irrigation System, Chengdu always suffered from either heavy flooding or severe drought. Thanks to Libing's great wisdom of building Dujiangyan Irrigation System, Min River was no longer an evil monster for Chengdu People. In 972 A.D, Chengdu Plain was in a bumper grain harvest, to commemorate and to show gratitude to the contribution of Libing and Dujiangyan Irrigation System, people built a statue for Libing's son -- Li Erlang, who also participated in the Dujiangyan Irrigation System. Then Libing and his son were both dubbed the "king", in the Qing Dynasty, the temple was renamed as "Erwang Temple", which means "Two kings' temple" in Chinese. You may also be interested in the Ancient historical relics, Jinsha Museum is one of the popular and convenient places to visit near Chengdu, you can get more information in the Jinsha Museum Tour. 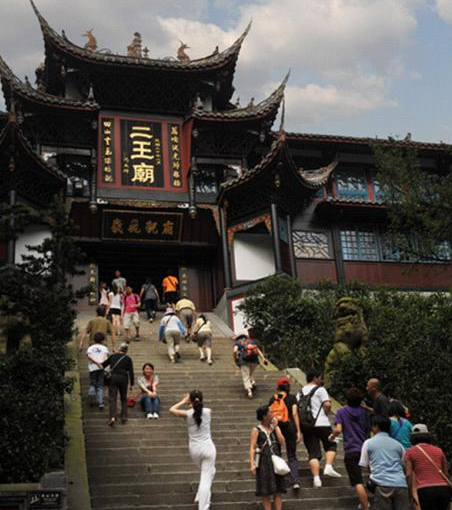 Erwang Temple Fair -- It is one of the popular fairs in Sichuan. For more than 2,000 years, Libing and his son built Dujiangyan Irrigation System, this bring abundant blessings the people of Shu Kingdom. People worship Libing as god in their heart, so the incense in the temple is lit to commemorate them is always prosperous . There is a legend that the Lunar June 24th is Erlang's birthday and Libing's birthday is just two days later. So the Temple fair is from Lunar June 24th to June 26th each year. During the fair, people in Chengdu bring sacrifices, put themselves out of the way to worship Libing and Erlang, and pray for the favorable weather and good harvest in the year. There are often as many as 10,000 people a day, with the incense smoke curling up around the sky, the scene is remarkably bustling. The whole city is immersed in a holy and happy atmosphere in the Erwang Temple Fair! The content of Erwang Temple Fair is really rich, including bullfight, sacrificing sheep, burning incense, etc. and the most attractive part will be the Traditional Sichuan Opera which will be performed during the Fair.