A legendary banquet, as g 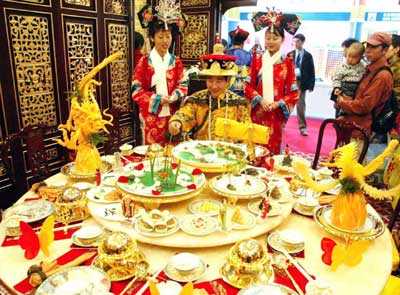 rand as you can imagine, only for the emperors of ancient China.  Six meals a day for three days, with as many as 108 courses, including 134 hot dishes and 48 cold ones. That is Manchu Han Imperial Feast.

When the Manchus conquered China and founded the Qing dynasty in 1636,  the disempowered Han people were demoted to lower ranking posts across the kingdom and a latent social power struggle between Manchu and Han peoples emerged. In order to resolve the dispute and further promote peaceful integration between the two groups, Emporer Kangxi held a magnificent banquet for his 66th birthday. 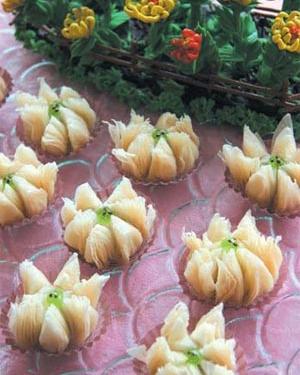 The banquet consisted of exotic and marquee dishes of Manchu and Han cuisine, and select court officials from both ethnic groups were invited to attend the banquet together. This opulent show of culinary skill and decadent feasting established a bridge between the two groups and contributed to a binding sense of unity that strenghtened the imperial court, and the country as a whole.

From that point on, both ethnic cultures began to take pride in catering their specialties for the other to enjoy, influencing  each other toward harmonious co-existence, and finally developing into the expectation of hospitality that has become integral in Chinese culture today.

The Manchu Han Imperial Feast was more than just a lavish buffet of food, it was the pinnacle of culinary art and aesthetics. The banquet was a feast of both sight and taste, with great pains made by the chefs to create dishes that were visually enticing as well as savory and delicious. Dishes were laid out with great fanfare and even given poetic names, such as water lily crisp, peach-shape birthday cake, golden thread porridge and so on. 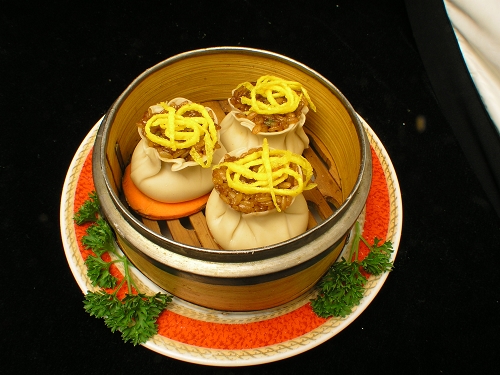 It is believed that many of the actual recipies for dishes at the Manchu Han Imperial Feast failed to be handed down and have been lost, while other recipes used ingredients such as exotic plants and animals which are now protected. As a result, even though some five-star hotels claim that they serve a recreation of the Manchu Han Imperial Feast, many of the recipies and dishes are modified from their predecessors.

Yet despite the modifications to the ancient styles of Manchu and Han culinary expertise, these modern interpretations are certainly are worthy of a try! So, come to China to try a modern recreation of the legendary Manchu Han Imperial Banquet and feast like an emperor!