Some say that in order to be good at Mahjong, the traditional Chinese form of dominoes, one must be familiar with Sun Tzu's principles on warfare from his classic work The Art of War, because the rules of Mahjong embody the essence of Chinese philosophy, strategy, and tactics. 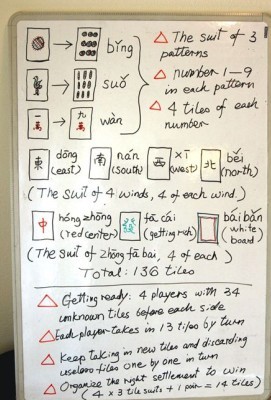 The history of Mahjong can be traced back to Ningpo, China, in the latter part of 1890s. After its initial creation, the game quickly spread througout the country amid sweeping popular appeal, with different regions of China adopting their own unique variations of the rules. As with other domino and card games, local rules often raise the stakes by including a gambling component to the rules, making the game even more popular in many areas.

One such area is southwest China's Sichuan province, which is well known througout the country for widespread local infatuation with Mahjong. In fact, Mahjong is one of the main forms of entertainment and recreation in Sichuan's captial of Chengdu, and mahjong parlors abound on side-streets and alleys all over the city.

The basic premise of Mahjong is that four players use 4 suits of tiles to create runs and groupings based on the suit and number of each tile. In Sichuan-style Mahjong, however, only three suits (108 titles) are used. 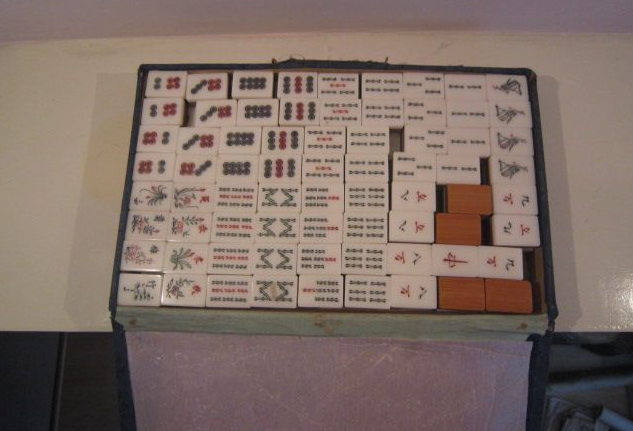 During the course of play, when playing a set a player will lay their set of tiles face up in the center of the table and shout the corresponding name of the grouping (from the four listed above), and then discard one unwanted tile. The first player to get rid of their hand wins.

Under certain gambling rules, players may be awarded money not only for winning but also for forming and playing special sets, such that the winner of the hand may not actually take the most money!

The popularity of Mahjong has spread past China's own borders, and in 2005, the first Open European Mahjong Championship was held in the Nertherlands with 108 players. Despite rules and tile markings that can seem complicated or confusing, many foreigners have fallen in love with the game and its many variations, and the game's popularity continues to grow in non-Chinese communities around the world. 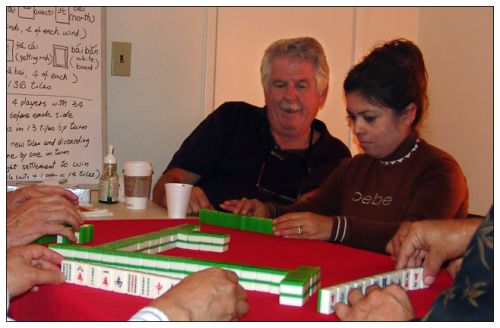 If you come to China, try to find a Mahjong game and invite yourself in to play. Not only will it be a great chance to meet locals and add unique color to your travels, the locals are likely to show you a trick or two!