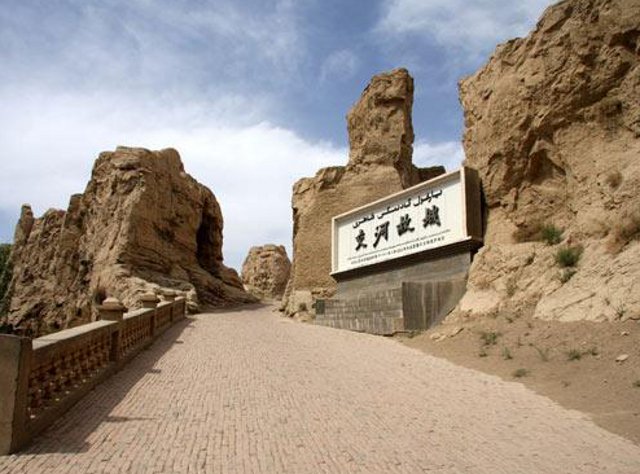 Jiaohe Ruins is a historic site standing on a 30 m. (98 ft.) high plateau, 10 km. (6 mi.) away from Turpan, Xinjiang province. This ancient city is currently the largest and oldest immature soil city in the world.

With a long history of 2,000 years, it is also the best preserved urban ruins in China. The city is located on an island, 13 km. (8 mi.) east of Turpan where two rivers converge, just as its name "Jiaohe" implies.

The whole ancient ruins resembles a huge castle setting up successive lines of defense. What makes people feel unbelievable is that there is not a single wall to guard this ancient city and it's all made by digging the lofty platform, an island-shaped highland.

Most part of the complex was built in Tang Dynasty with characteristic layout. The total area of this ancient city is 47 sq.m. (506 sq. ft.) and the remaining ruins occupies an area of 36 sq.m. (388 sq. ft.).

The layout of the ruins are composed of three parts: the street, the temple and the pagodas. The street is 350 meters long and 10 meters wide splitting the residential area in two. North of the street stands a grand temple which constitute the northern section of the ruins.

The magnificent groups of pagodas are situated there. In the west of the city, there are many manual workshops inside of which people in the ancient times manufacture shoes, brew wines and spin. There are also some ancient wells there. Therefore, this ancient city really makes a mysterious trip for you to wander around.

According to the history records, Jiaohe once was the capital city of the former Cheshi Kingdom from the year 108 B.C. to 450 A.D.. 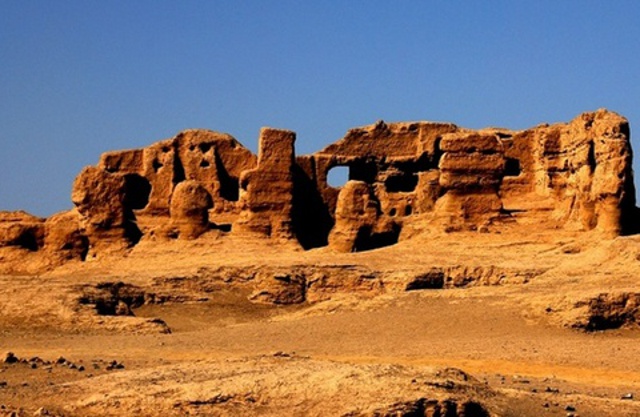 The city was an important site along the Silk Road trade route, as well as the home to 700 households, 6,500 residents plus 865 soldiers for centuries.

During an invasion by the Mongols led by Genghis Khan in the 13th century, Jiaohe was finally abandoned after its destruction.

Time flies. Over 700 years had passed by before the ruins of Jiaohe was excavated in the 1950s. In 1961, Jiaohe Ruins was listed as cultural site under national protection and is honored as "the most perfect ruins in the world".

Chengdu
⇀ Chengdu
...
Chengdu ⇀ Bifengxia Panda Volunteering ⇀ Chengdu
4 days
∙ Private ∙
Family focused
Get up close and personal with China's national pandas by taking this four days tour at the Ya'an Bifengxia Panda Base. Spend more time to have a futher contact and understanding of these adorable pandas by joining in this volunteering work.
Add to shortlist
From ¥ 4,300
View tour >