Xi'an City Wall is located in the center of the ancient city in Xi'an, Shaanxi Province. Consisting of four gates (South, North, East and West gates), the total length of the Xi'an ancient wall circle is 13.7 km. (8.5 mi.). You can get into and out of the city wall from any of the 4 gates. The ancient wall forms a closed rectangular circle. Consider it a ring road if you like.

The most popular activity among WindhorseTour clients is a 2-hour bicycling along the paved roads of Xi'an City Wall. You can choose to stroll around the wall which takes around 6 hours. Read on more travel tips to learn the history, opening time and bicycle renting information of the Xi'an City Wall. 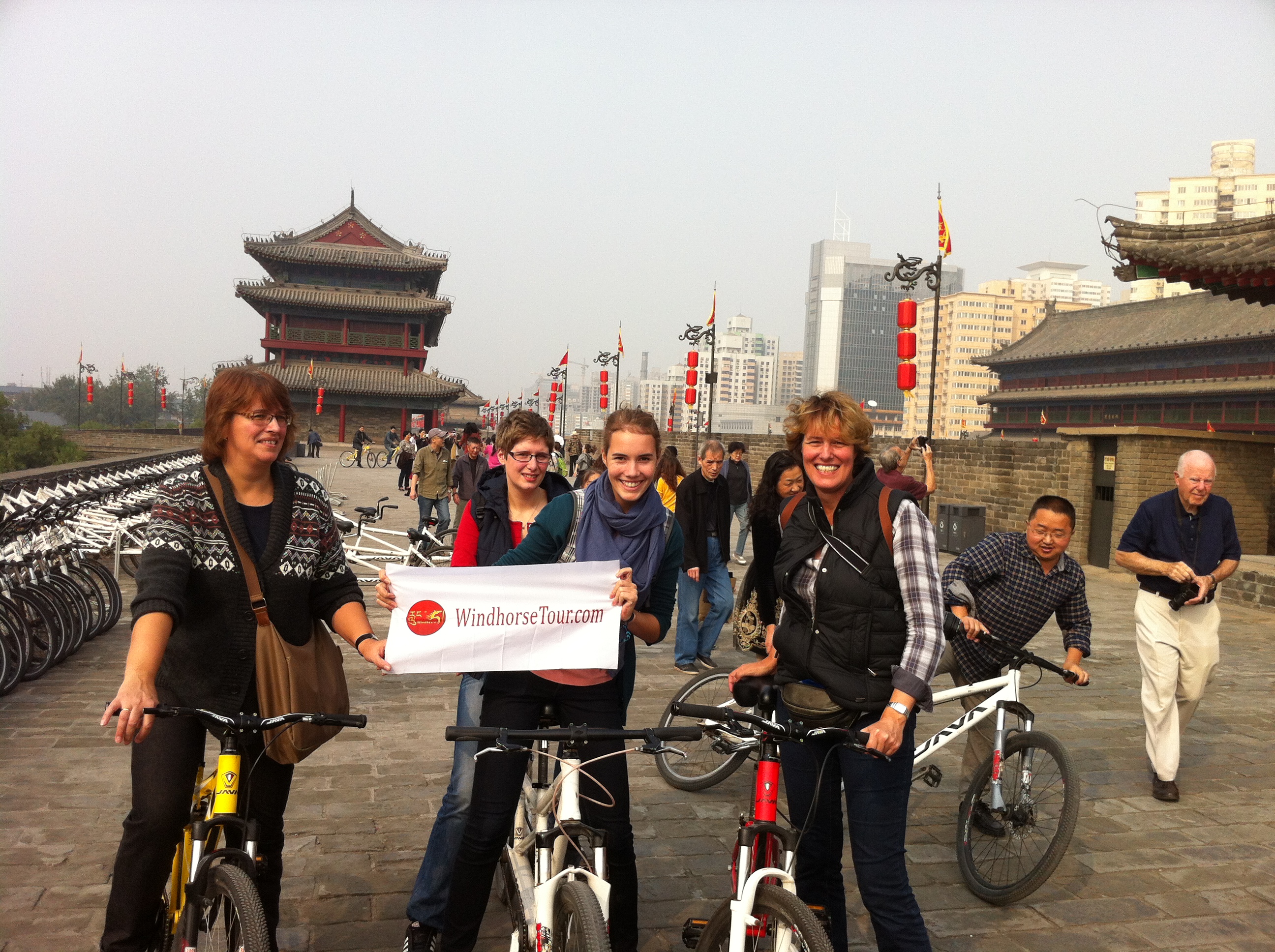 This rectangular wall measures twelve meters in height, eighteen meters in thickness at the base and 15 m. (49 ft.) at the top with a circumference of 11.9 m. (39 ft.). The wall is very thick and not so tall; many people think of a wall as high first and thick second. 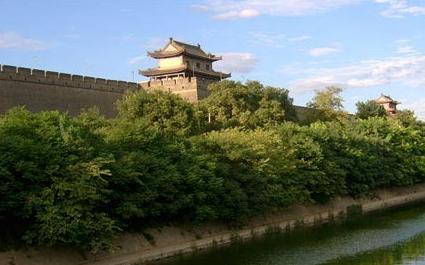 It was originally built in Ming Dynasty during the reign of Hongwu Emperor (1374-1378) with the purpose of guarding the city from potential aggressors.

Although the City Wall has gone through 600 years of history, it remains the oldest and best preserved defensive fortification in China.

Every 120 m. (394 ft.) a tower is built to prevent enemies from climbing up the wall. There are in total 98 towers to serve this purpose.

Besides, 5,984 battlements with many crenels were also fortified for soldiers at that time to observe the enemies and launch attacks before they are attacked first.

Actually, ancient City Wall is more than that. The strong defensive line extends to a series of military fortification including the moat, the suspension bridge, the watchtower and the parapet wall. 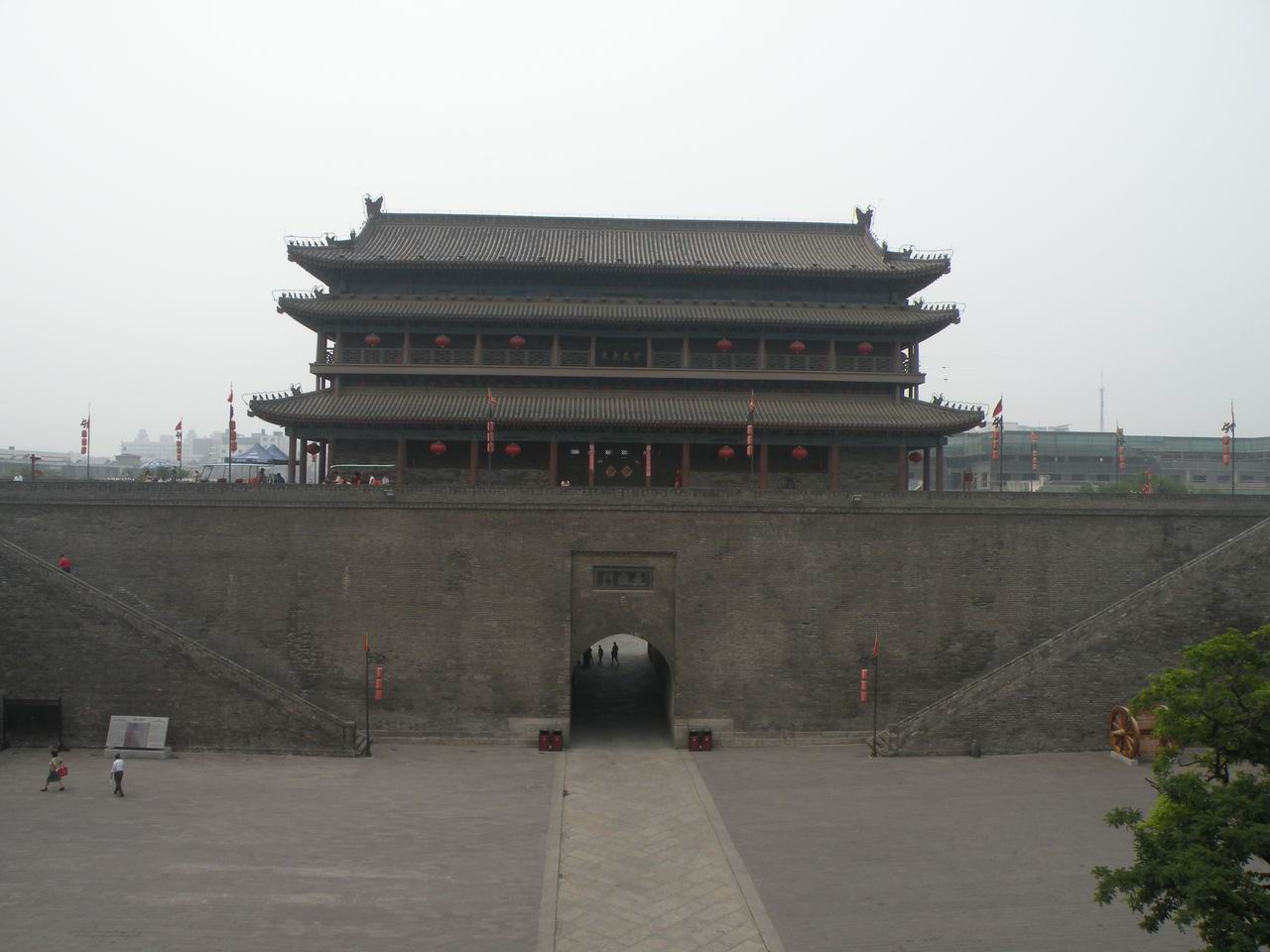 Since 1983, restoration work has been carried out by the government and the destroyed East gate, suspension bridge and arrow tower have been pulled together to create an Around-city Park where all kinds of recreational activities are held nowadays.

This magnificent City Wall is now one of the most attractive and significant historical sites in ancient Xi'an city.

Beijing
⇀ Lhasa
...
Beijing ⇀ Xi'an ⇀ Lhasa ⇀ Namtso ⇀ Lhasa
11 days
∙ Private ∙
Culture and Heritage
This Tibet train tour covers all the most popular destinations in China, Beijing, Xi’an, and Tibet. Including many interesting activities, such as hiking to the Great Wall and ride a bicycle around Xi’an City Wall. Your China await!
Add to shortlist
From € 1,222
€ 1,111
View tour >