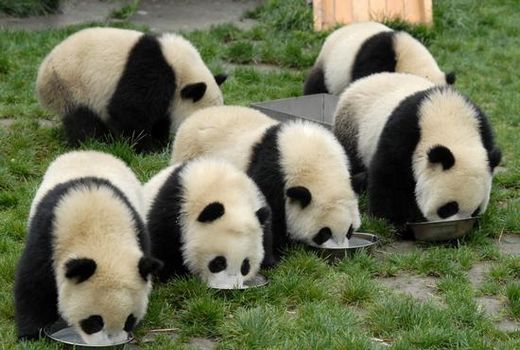 People still have doubts about why the giant pandas choose to live on bamboos. From the aspect of ecology, the specialized eating habit of the giant pandas shows that the niche is very narrow, and they avoid the competition by compressing the niche (compressing the width of the food). The giant pandas just live on the food that is distributed most extensively in the North Temperate Zone, which is not nutritious but abundant and steady in reserve to live on till now, so that people think that they are the winners who can stand the long test in the evolution process, but they have lost the sense of competition and curiosity, so they are observing the convention and holding themselves together in the fate that has bleak prospect. In the specialization, the giant pandas live on the bamboos that are low in nutrition and energy. In order to live, they try their best to reduce the sphere of activities, to exercise less and to rest more to save energy. 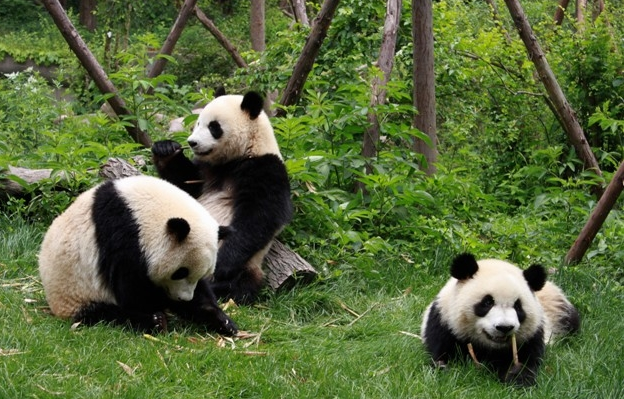 The sphere of activities of the male 'citizens' is about 6 to 7 square kilometers per year. They just move about in half of the sphere of the homeland per month.

The sphere of activities of the female 'citizens' is accordingly smaller than that of the male ones. It is about 4 to 5 square kilometers. The activities are focused on one-tenth of the total area per month.

Because the energy in the bamboos is very low, in order to reduce the energy consumed as much as possible, the giant pandas mainly spend their time looking for food and resting. After having eaten and drunk a lot, they will have a good sleep that they will climb to the high branches where it is safe and cool. Sometimes, they will be too sleepy to choose no matter which places to sleep that they will sleep on the grass, in the snowfield, or on the rock and so on. They can go on to look for food after having a nap.

The timetable of Giant Pandas Every Day

In addition, the giant pandas are not afraid of severe coldness and never hibernate, because they are the warriors who come from the glacier of the Quaternary Period ice age. Even if the temperature falls to minus 4'C-14'C, they still pass through the bamboos that are covered with snow to look for edible bamboos and eat them. It is different from many animals such as the black bears and so on that will hide in the hollows of the trees or in the grottos to hibernate. They are not afraid of humidity that they can live in the dank forest where the humidity is above 80% all year-round. So maybe this is the reason why the highly skilled doctor in Ming Dynasty Li Shizhen held in esteem that sleeping on the fur of the giant panda can get rid of coldness, humidity and evil influence.