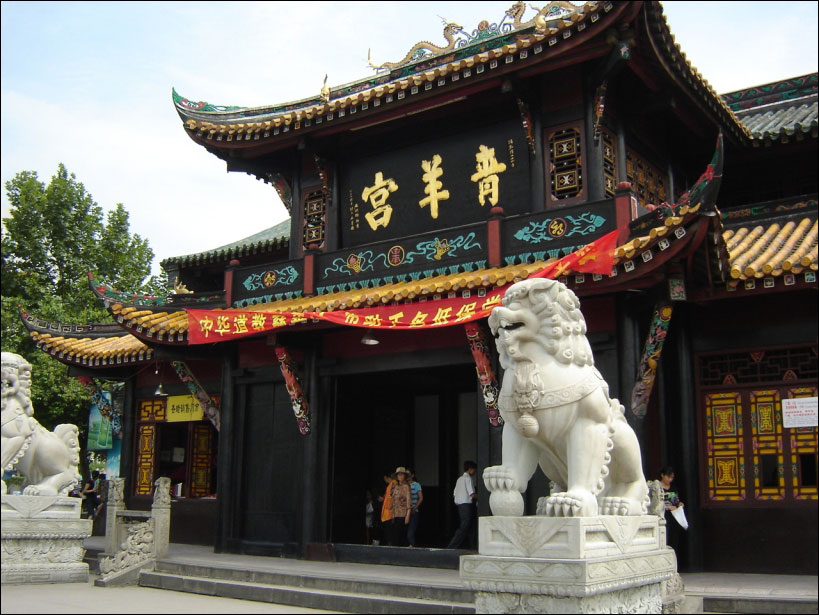 If Wenshu Monastery is Chengdu's foremost treasure house of Buddhist culture, then Qingyang Palace is its Taoist counterpart. With its distinct Taoist atmosphere, Qingyang Palace (or Temple) has become the first choice of many tourists to Sichuan for appreciating the singularities of Taoist architecture and thought.

Qingyang Palace was built in the Tang Dynasty (618-907), a time of flourishing Taoist influence. Later, after the palace had fallen into disrepair, much of the complex, including Sanqing Hall, Doulao Hall, Hunyuan Palace, the Eight Trigrams Pavilion, and Wuji Palace, were restored in Qing Dynasty (1644-1911) using Qing architectural influences, resulting in a blended mix of styles throughout the palace complex. 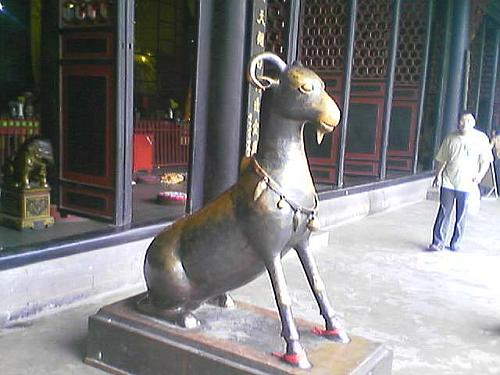 On top of the noteworthy architecture, you can also find many important Taoist cultural relics on display, such as the wooden engraving of the Dao Zang Ji Yao (Abstract of Collected Taoist Scriptures) and the stone sculpture of Patriarch Lu Dongbin, who was one of the Taoist Immortals in Chinese history.

Located in the northwest section of Chengdu, today tourists come to Qingyang Temple not only for the Taoist architecture and the rare Taoist cultural relics, but also for a quiet place to relax. The Qingyang Temple complex is a popular spot for locals looking to drink tea, play mahjong, or just chat casually and enjoy the weather.

Chengdu
1 day
∙ Private ∙
Culture and Heritage
Chengdu is known as the "Heavenly State", filled with surprises, attractions and food. Spend 1 day to visit Chengdu highlights including temples, monastery and secret venues. Taste local snacks and the delicious food that all China raves about.
Add to shortlist
From £ 63
£ 57
View tour >

Kathmandu
4 days
∙ Private ∙
Explore central Nepal with visits to 3 medieval kingdoms remains. Explore ancient temples, religious shrines and culture as you drive east from Katmandu to the ancient city Bhaktapur. A palace known for its unique style and pottery handcrafts.
Add to shortlist
From A$ 436
View tour >

Datong
3 days
∙ Private ∙
Culture and Heritage
Exploring the highlights of Datong and Pingyao's World Culture Heritage sites gives you a chance to admire the superb artistic attainments of the craftsmen and understand the profound Chinese culture in-depth.
Add to shortlist
From € 304
View tour >