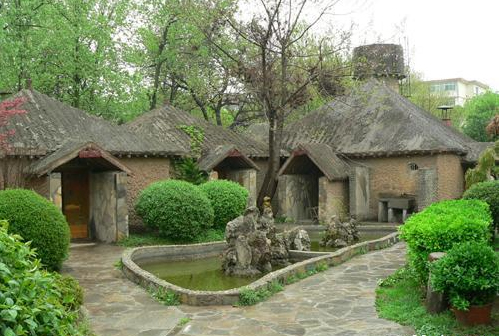 Banpo site is actually the village remains of primitive matriarchal clan commune existing about 6,000 years ago. Read on travel tips on it's location, history, what to see,  ticket price, opening time etc..

Located in southern suburban area of Xi'an in Shaanxi Province, the site was discovered in 1952 and through three years of excavation work began from 1954.

As a result, forty-five primitive houses, more than 200 storage pits, six caves for making pottery, 250 tombs as well as approximately 1,0000 pieces of life tools and implements of production finally made their debut with modern people.

In 1957, Banpo Museum was built to house the large number of cultural relics as well as to protect the important historical site. It's the first time for China to discover such a massive prehistorical village ruins in neolithic age. 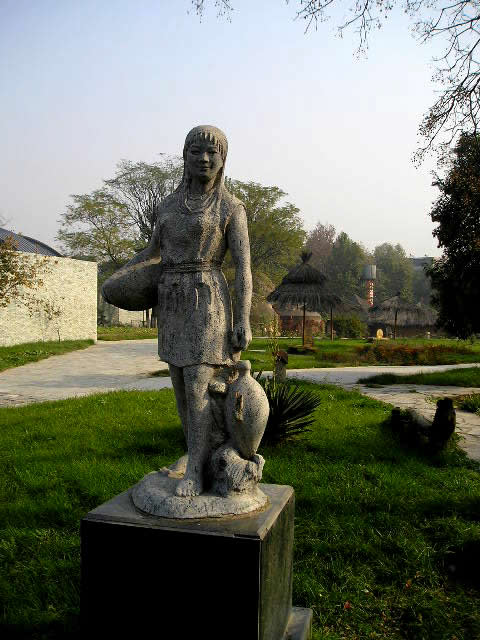 The museum falls into three sections: the residential area, the pottery-making area and the tomb area all of which present a vivid, distinctive picture of Banpo people's life in that remote historical period.

In neolithic age, women was the primary productive force taking charge of pottery-making, spinning and animal-raising responsibilities whereas men are responsible for hunting and fishing.

While wandering in Banpo Museum, you'll be able to experience simple pleasures of mankind's childhood and the painstaking efforts of Chinese ancestors in their attempt to live an abundant life in that historical period which has only scanty material resources to draw on.

What's really interesting is that a layer of 18 cm of decayed chaff is found in some of those pocket-shaped storage pits along with the skeletons of dead Banpo people. 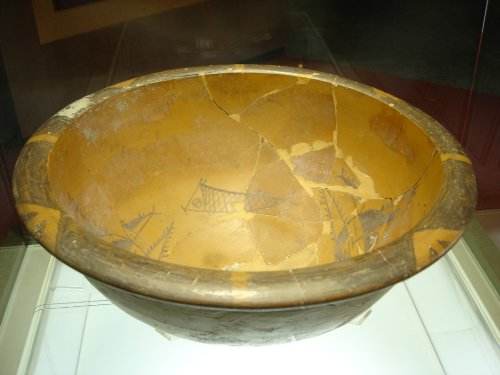 This is solid evidence of the fact that Banpo people used to go there and fetch grains for daily life.

Besides, the durable pottery wares engraved with simple patterns are also proof of the relatively high craftsmanship at that time.