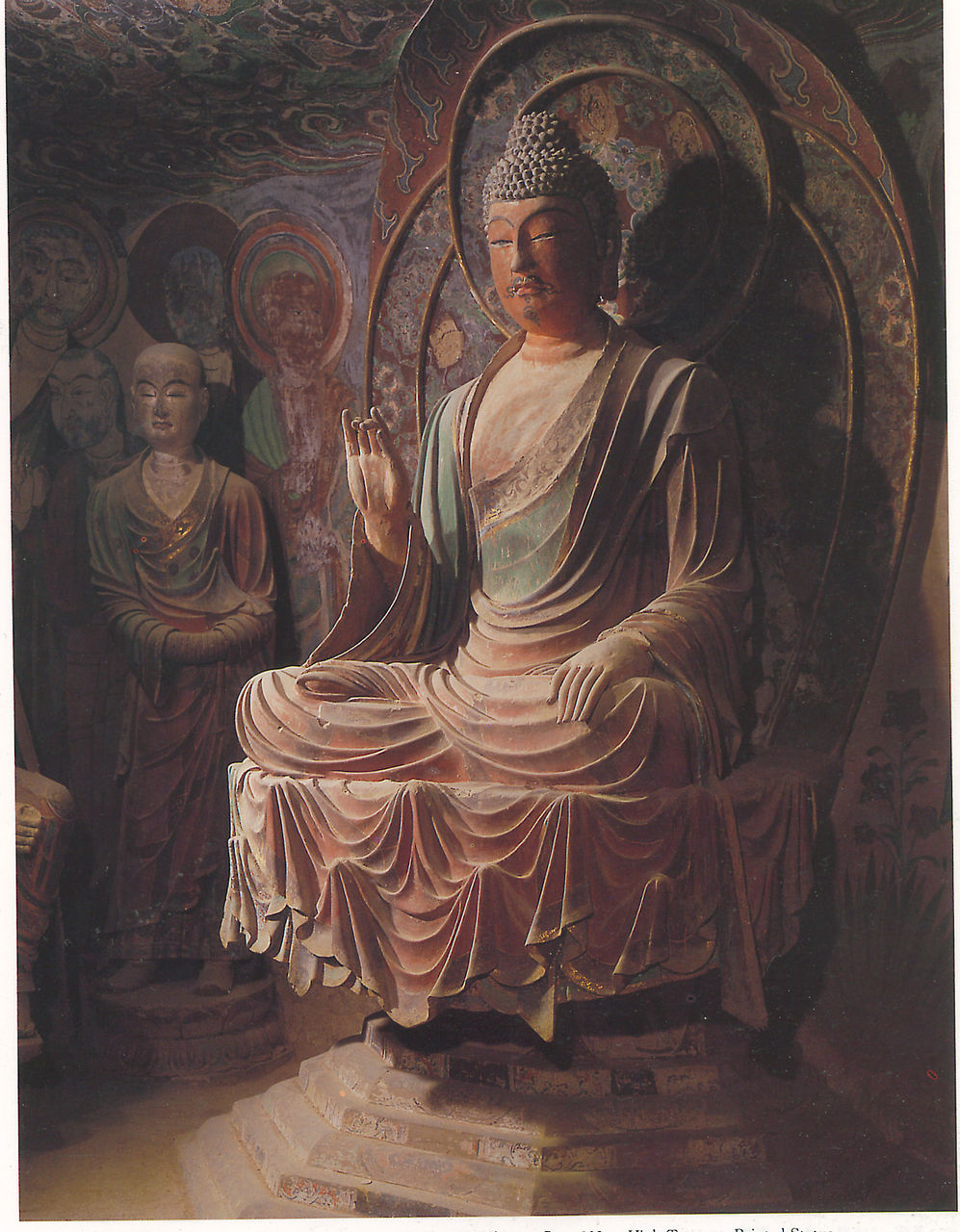 The Mogao Caves (莫高窟), or Mò gāo kū in Chinese, are reputed as the most valuable cultural discovery in China in the 20th century. Located outside of Dunhuang city in Gansu province, the caves quickly gained fame around the world for their intricate frescos and delicate Buddhist statues. In 1961, it was listed as a key cultural site under national protection, and in 1987, it was added to the list of UNESCO World Heritage Cultural Sites.

From the outside, the Mogao Caves have the appearance of a honeycomb of high and low grottos, and once inside the intrigue only grows. Initially created more than 1,600 years ago, over 700 caves have been discovered to date, with 2,415 colored clay sculptures contained within. However, the most spectacular part of the attraction are the fine frescos that cover 45,000 sq.m (484,376 sq. ft), forming a sort of ancient Buddhist art gallery. 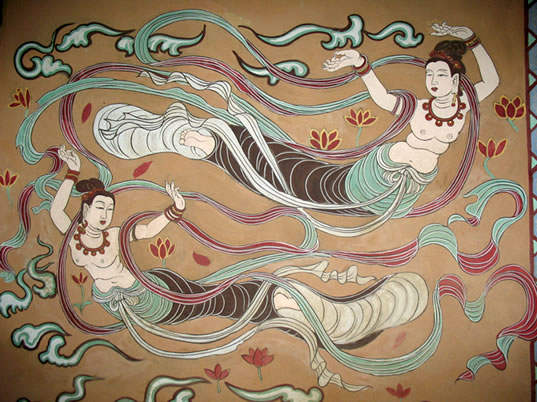 Visitors are often in awe of the sheer volume and magnificence of the artwork and the Caves have been likened to a Buddhist Louvre Museum of the East. There are three principal reasons for the site's popularity and renown - initially, the age of the caves' artwork; secondly, boasting 735 caves and 2,415 colored clay sculptures, it is unparalleled in scale; and thirdly and most specifically, because of the extraordinary fresco depicting 飞天 (Feitian - a sprite from ancient fairy tales) playing the guide and flying in the air, which is particularly powerful.

Not only for these three reasons, however, are the Mogao Caves such an important and popular site for international visitors. The large numbers of Buddist statues and precious cultural relics, amounting to more than 50,000 pieces, bring many interested sightseers.

The entrance fee is 160RMB during peak season and only 60RMB during the off-season. Discounts are available for children and seniors, and there is a minibus shuttle which runs every half an hour and only costs 8RMB per person.