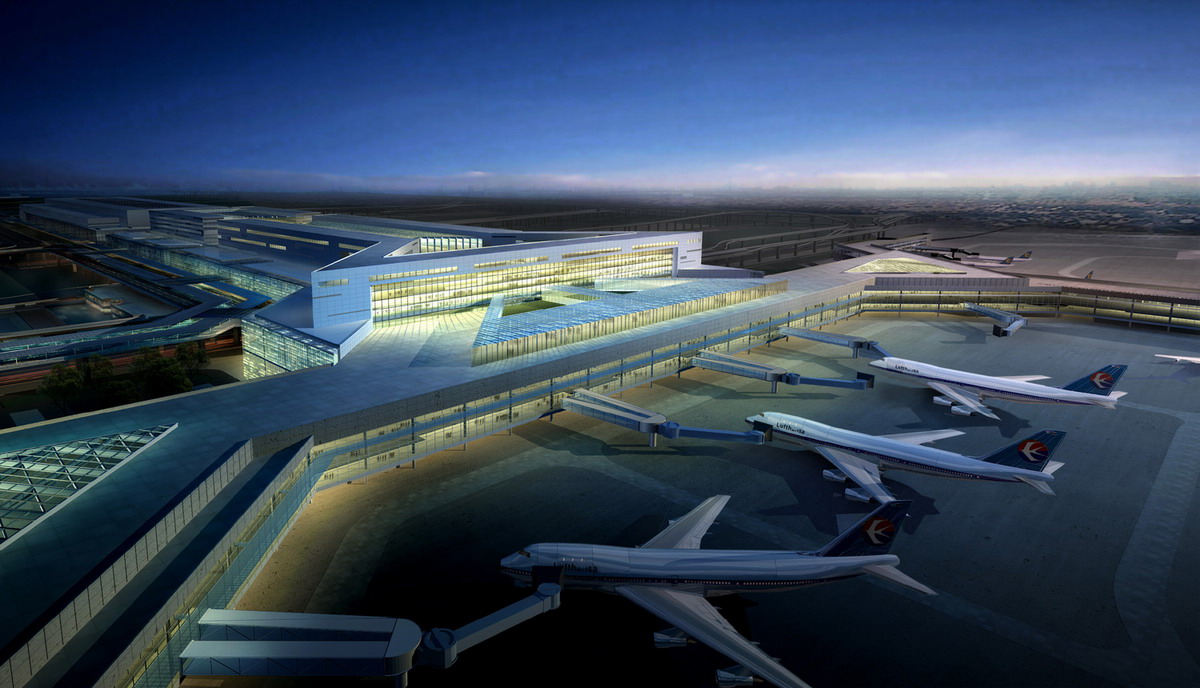 There are many international flights to the mainland of China from America, Europe and Oceania. Hongkong, Beijing, Shanghai and Guangzhou are main international ports in China. Domestic flights network are efficient in China especially among big cities. For example, the flights between Beijing and Shanghai are available every half an hour. Nearly all of the middle-size cities have airports.

To book the international flight tickets, It is advised that you purchase the tickets as early as possible, especially during peak seasons (Labor Day Holiday, National Day Holiday and the Spring Festival Period). For the domestic flight tickets, we suggest you book the tickets 1-2 months before you taking the flight, normally at that time the airline companies would publish some discounts on the tickets.

Travel by trains in China is an enjoyable, relaxing, and inexpensive way to see China's countryside and meet local people. The Chinese train network is the busiest in the world with 750,000km rails on work. New and modernized equipment has replaced the old train systems in most areas. 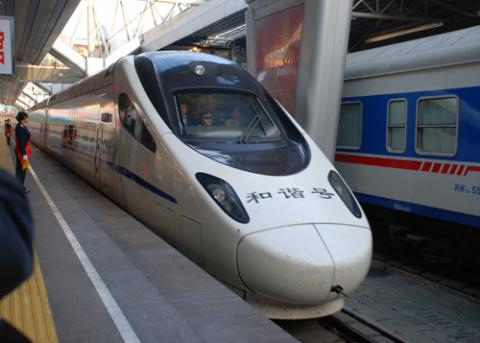 Trains in China have three classes of seating. The lowest class is known as hard seat ' Yingzuo'. It is the cheapest option, and the coaches are usually overcrowded. Though the seats are actually thinly padded, you could hardly sleep on the upright seats.

Smoking is permitted here so there is no air-conditioning. The coaches are not clean, and you would never want to visit the toilet. It is usually not advised to buy hard-seat tickets when there are other options available.

The middle class is known as hard sleeper 'Yingwo', in which six bunks are arranged, with three tiers of bunks (upper/middle/lower) on both sides. There is a small difference of price between the bunks, with the upper bunk being the cheapest and the lower bunk the most expensive. A pillow and a sheet are provided for each bunk.

There is a small TV hanging in each compartment. Air conditioning is available, and the washroom is tolerably clean. Smoking is not permitted in the coach, but you can smoke at the corridor between cars. But normally hard sleeper is a bit narrow for westerners. 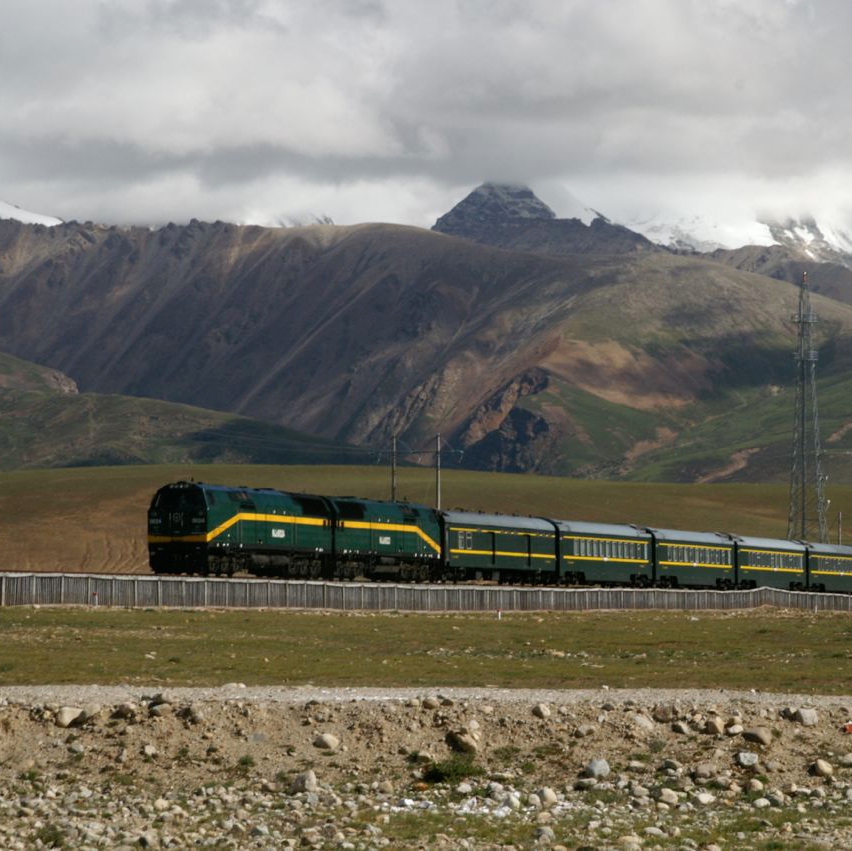 The top class is soft sleeper 'Ruanwo', Each compartment is enclosed by a door, and contains four bunks, with two to a side. The bunks are wider and more comfortable, and there is an LCD TV for each bunk. Air-conditioning is available, and the washroom is clean. Smoking is not permitted in the coach, but you can smoke at the corridor between cars. It is advisable to buy soft-sleeper tickets for overnight and long-distance travel.

Most of the railway staff can not speak English, and meals are not included in the ticket price(there is dining cars serving Chinese food, also the staff walk by regularly with pushcarts selling boxed lunches, instant noodles, soft drinks, snacks). Also please make sure beforehand from which station you are going to board the train, and arrive at the correct station at least 1/2-1 hour ahead of the departure time.

In China, long distance train tickets are normally started to sell 10 days in advance, and short distance tickets are sold like 3-5 days. To buy the train tickets besides the one to Tibet at train station or booking office, you don't need to show any of your documents.

For the train to Tibet, you have to show your passports and tibet permit when you want to buy the tickets on your own. Usually it is a pain to buy train tickets to tourists place at tourism peak season. 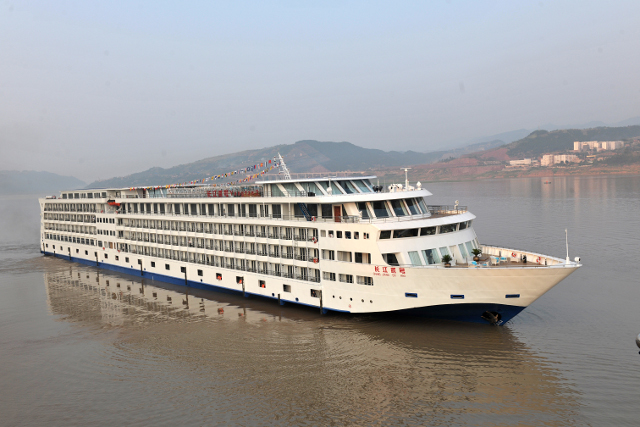 Boat services within China are limited. They're most common in coastal areas, where you are likely to use a boat to reach offshore islands such as Putuoshan or Hainan or the islands off Hong Kong. The Yantai-Dalian ferry will probably survive because it saves hundreds of kilometers of overland travel. There are also several inland shipping routes worth considering, but these are also vanishing.

The best-known river trip is the four-day boat ride along Yangzi River from Chongqing to Yichang. The Li River boat trip from Guilin to Yangshuo is a popular tourist ride. Hong Kong employs a veritable navy of vessels that connect with the territory's myriad islands, and a number of popular boats run between the territory and other parts of China, including Macau, Zhuhai, Shenzhen and Zhongshan. Boat tickets can be purchased from passenger ferry terminals or through travel agents, to book yangtze luxury cruises' tickets we highly suggest you book them in advance.

China has developed a very efficient highway system since 1978. With 410,000km highway, it becomes the second largest highway network in the world. Almost all the towns, counties and cities are accessible by highway. Therefore, buses can actually take you anywhere. 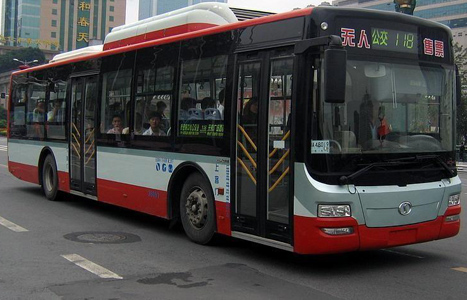 Road conditions are usually very good. However, please be prepared that in remote areas the road conditions can be very poor. The plenty departures of buses make the tickets more available than train tickets. And buses are often cheaper than train travel for the same distance.

Tickets are sold at the bus station itself and you just need to go to the ticket window, and tell the clerk your destination and the number of tickets needed to buy the tickets. Or you can ask others to write down the Chinese name of your destination on a piece of paper and show it to the clerk.

Unlike trains, buses do not have different classes within a single vehicle; however, ticket prices vary according to the condition of the buses, and the price difference is not very big. It is always advisable to choose the more expensive ones, for they are cleaner, more comfortable, and probably air-conditioned. 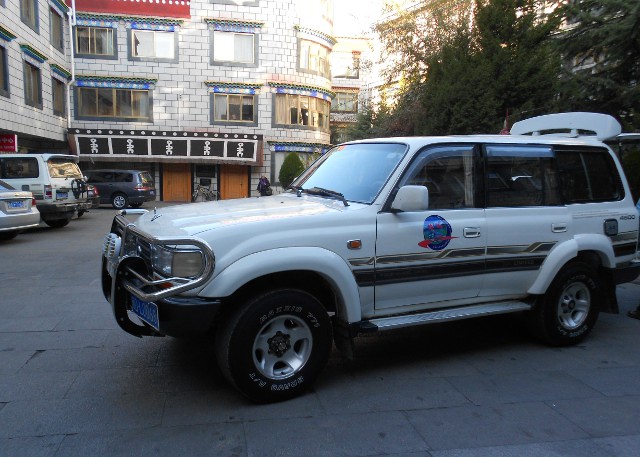 Car rental is a new industry in China. In some big cities, you may find car renting companies, but they are still not popular so it's not quite convenient for you to rent and return. Also, Chinese Driving Regulation is difficult for a visitor to follow, in addition, the crows of cars, bicycles and pedestrians make driving in China especially in cities a big challenge for you.

If you want to rent a car, we suggest you'd better have a local driver as well.

Taking a taxi is a very fast and convenient way to get to your destination. You can find taxis in almost every city, and the fare is relatively inexpensive for western travelers. Tourists can also hire a taxi for a half or a whole day, but please make sure to first agree on a price with the driver. 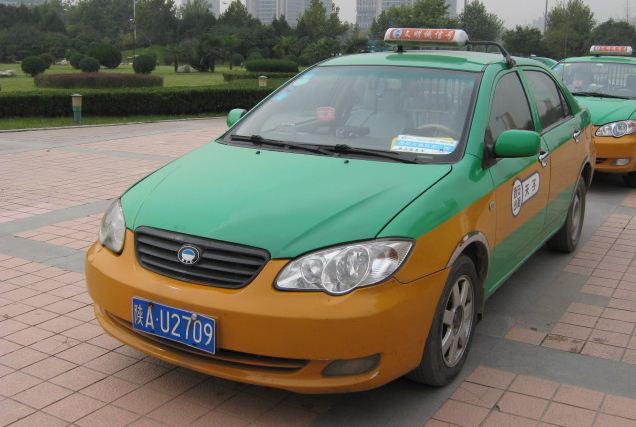 Taxis vary from city to city, but in most cases they are clean, air-conditioned, with seatbelts hiding in the back. The common car types include Hyundai, Volkswagen, Sonata, Elantra, Citroen, Passat, Santana, Jetta and so on.

They are usually painted in red, yellow and green, or yellow and black. The price of the taxi differ also from city to city, usually the driver will turn on the meter, if he doesn't, you should insist that he do, except that you want to hire the taxi for a half or a whole day and have agreed on a set price. Most of taxi drivers can not speak English.

Subways are found only in metropolises including Beijing, Shanghai, Tianjin, Nanjing, Guangzhou and Shenzhen, as well as Hong Kong. Although in Mainland China, the subway lines are not fully developed and the coverage is limited, it is still a good way to get around, as it takes you to the city's major places where you can conveniently transfer to other means of transportation. It is also a good way to avoid frequent traffic jams, but please try to avoid taking the subway during rush hours (7-9 AM / 5-7 PM), when the carriages are packed with people.

Signs and schedules are in English. Be aware that if you have heavy luggage with you, it's a little difficult to go up and down of the subway station because not all stations have the elevators or lifts. There may be long steps' way. The subway tickets costs RMB3 to RMB5. 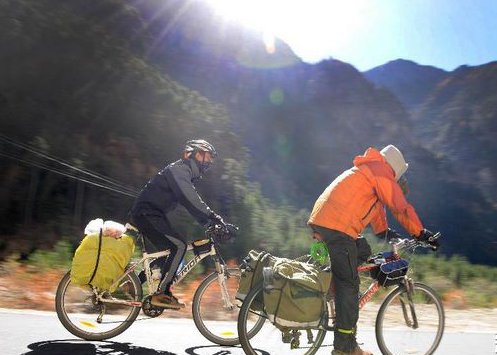 China is a kingdom of bicycles. Bicycles in China are ingrained in every day life and are an important means of transportation and are visible everywhere, which is quite different from that bike-riding is just one way of physical exercise or a sport. Bikes are found in almost every village, town or city, except Chongqing which is built on several such steep mountains that it is a painful thing to ride bikes in the street.

Bikes are so essential in people's life that it is so weird if you don't know how to ride a bike. Roads are swarmed with hundreds and thousands of bikes in rush hours of going on and off work. People have to be very skillful of riding bikes in order that he or she can struggle to move forward in such a crowd.

In some remote regions where only bikes are able to enter, people are very good at the technique of carrying as much goods as possible when they go downtown faraway, for example, you may amazingly find that one bike carries nearly ten piggish. Renting a bicycle is easy in tourism city.