The Forbidden City, commonly called by Chinese people as Gùgōng which means the "Former Palace", is a palace complex circled by 3.5km of city walls lying at the very heart of the imperial city of Beijing. Served as the imperial palace and the highest power center for both Ming and Qing dynasties, it once forbade ordinary people from approaching and was finally opened to the public after six hundred years of ups and downs. The UNESCO-listed Forbidden City is the world's largest and best-preserved collection of ancient wooden structures, and it was declared a World Heritage Site in 1987. As a live archive to explore the history of Ming and Qing dynasties with countless imperial treasures housed, this otherworldly palace is the pride of the Chinese nation and the precious cultural heritage of all mankind. It's definitely the top must-see site no matter for a Beijing tour or China tour. 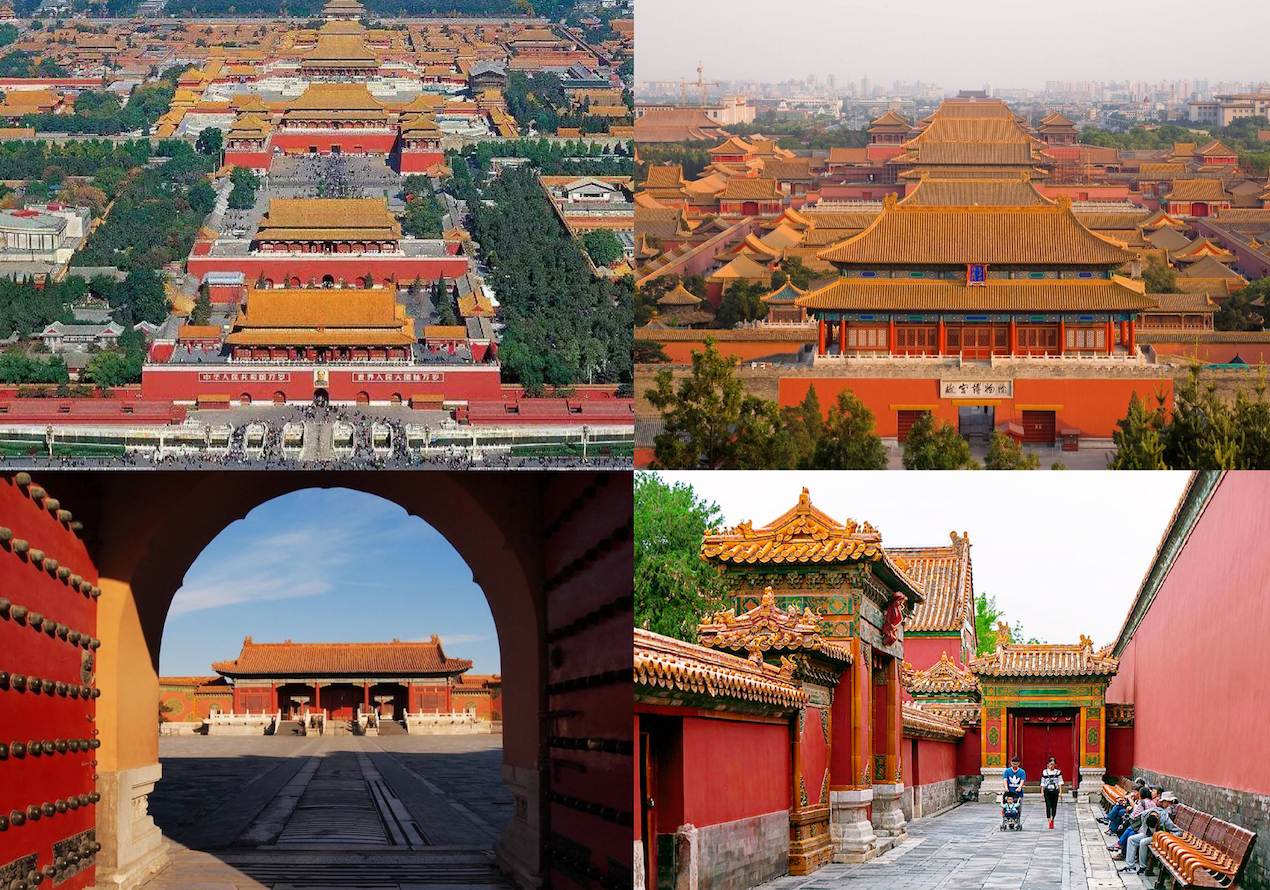 History of the Forbidden City

The construction of the Forbidden City started in 1406, the fourth year of the reign of Emperor Yongle (Zhudi, third Emperor of Ming Dynasty). Lasted 14 years until 1420, it was a gigantic undertaking to present this largest imperial architecture complex, with numerous laborers and artisans involved. Massed precious materials were used, including nanmu woods coming from lofty mountains in southwest China, large blocks of marble found in the countryside of Beijing, and “golden bricks” - especially baked paving bricks from Suzhou. Once built, the Forbidden City became the imperial palace for 24 successive emperors of the Ming and Qing Dynasties until the Qing Dynasty was overthrown in 1911. Since 1925, just one year after the ‘last emperor’ - Puyi was evicted from the Inner Court, the Forbidden City which houses the Palace Museum is officially established and opened to the public.

What to see at Forbidden City

The rectangular Forbidden City extends 961 meters (3,153 ft) from north to south and 753 meters (2,470 ft) from east to west. Covering an area of 72 hectares, it consists of 980 remaining buildings with 8,707 rooms, all are wooden structures decorated with bluish-white marble bases, red walls, and yellow glazed-tile roofs, except the black roofed royal library - Wenyuange. Girdled with a set of huge walls and surrounded by a deep and broad moat, the Forbidden City has four heavily guarded gates, the Meridian Gate to the south, the Gate of Divine Might to the north, the East Glorious (Donghua) Gate to the east and the West Glorious (Xihua) Gate to the west. Each corner of the rectangle sits an artful tower, which is characterized by an intricate structure boasting 9 beams, 18 pillars, and 72 ridges.

The Forbidden City is traditionally divided into two parts: the Outer Court and the Inner Court. The Outer Court was used for ceremonial purposes and state affairs handling, including the Three Great Halls: the Hall of Supreme Harmony, the Hall of Central Harmony, and the Hall of Preserving Harmony; while the Inner Court was the reclusive residence of the Emperor and his family, shared by a group of eunuchs, servants, and concubines, including the three main palaces: the Palace of Heavenly Purity, the Hall of Union, and the Palace of Earthly Tranquility. Behind the three main palaces is the Imperial Garden. On both sides of the three main halls of the Inner Court, there are a dozen smaller palaces with courtyards and halls for Buddha worship.

The Palace Museum which has gone through nearly a century, not only has well-preserved the imperial palace and precious treasures left over from the Ming and Qing dynasties, but also greatly has enriched its collection of cultural relics through national allocation, social solicitation, and private donation. Based on the latest data, the Palace Museum houses over 1.8 million pieces of works of art, including ceramics, paintings, calligraphy, bronzes, mechanical timepieces, jades, palace paraphernalia, rare ancient books, and historical documents. Strolling in the permanent cultural relics exhibition halls of the Palace Museum or the frequently-launched thematic cultural relics exhibition halls offers a more complete understanding of the great achievements of Chinese arts and crafts. 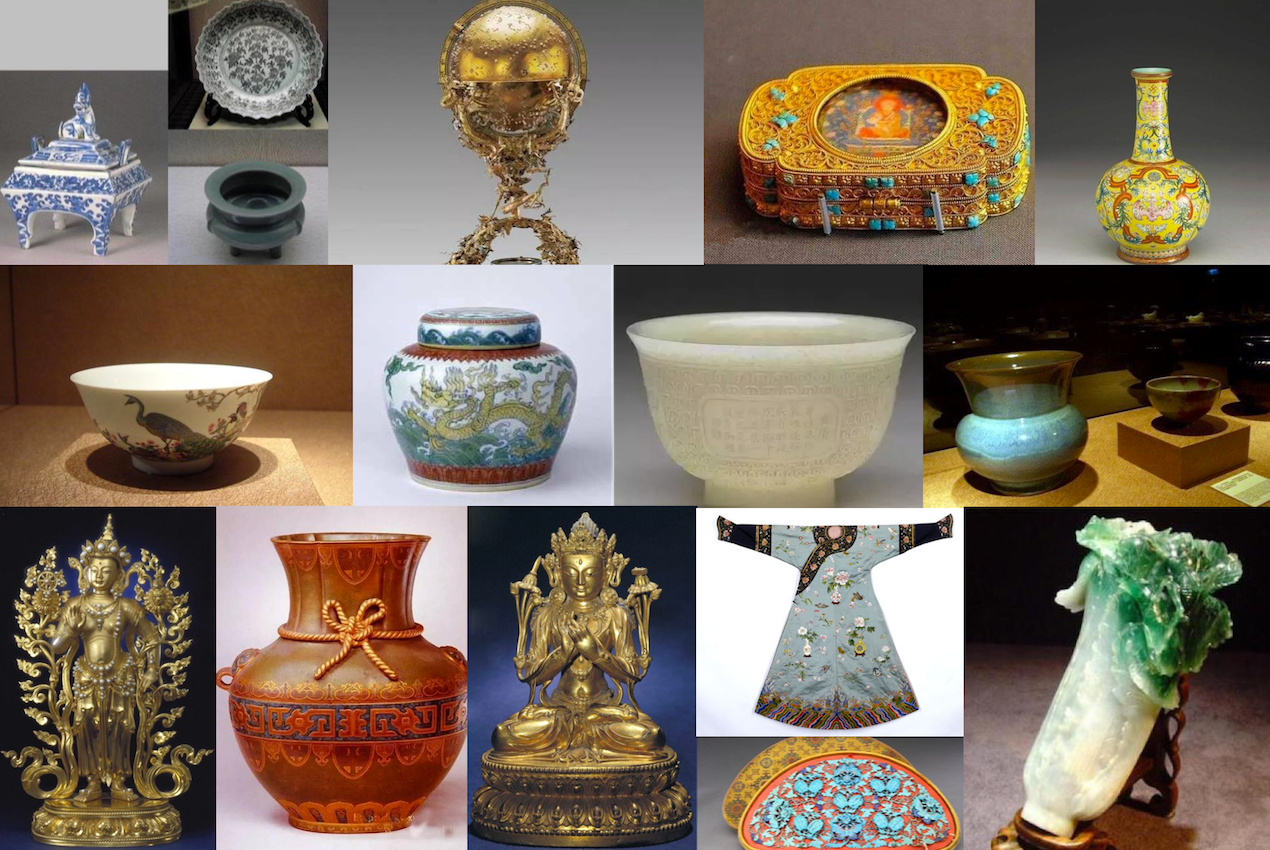 Though the Forbidden City has four gates, all visitors are required to enter it through Meridian Gate and exit from the Gate of Divine Might or Donghua Gate. 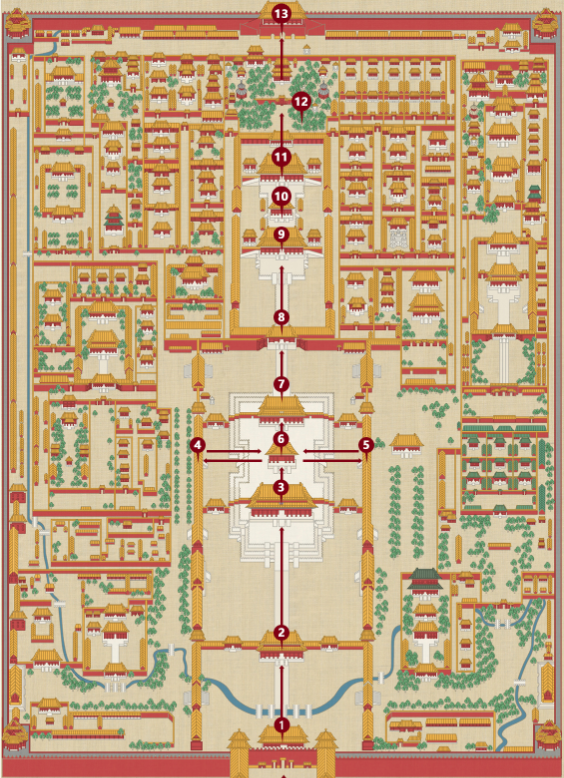 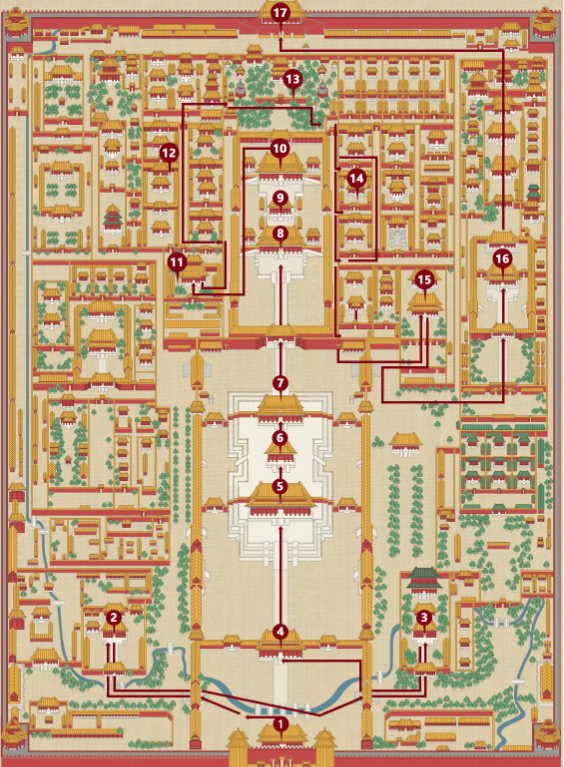