Summer Palace, settled in the western suburbs of Beijing, had long been an imperial garden of emperors and royal families of the Qing Dynasty for a summer retreat. Mainly taken up by Longevity Hill and Kunming Lake (a miniature of the famous West Lake in Hangzhou), Summer Palace is one of China’s top four classic gardens, along with Chengde Imperial Summer Resort in Hebei, Humble Administrator's Garden, and Lingering Garden in Suzhou. As one of seven UNESCO’s World Heritage Sites in Beijing, it is a masterpiece of Chinese landscape garden design, perfectly incorporating nature and the works of humankind such as pavilions, halls, palaces, temples, and bridges. 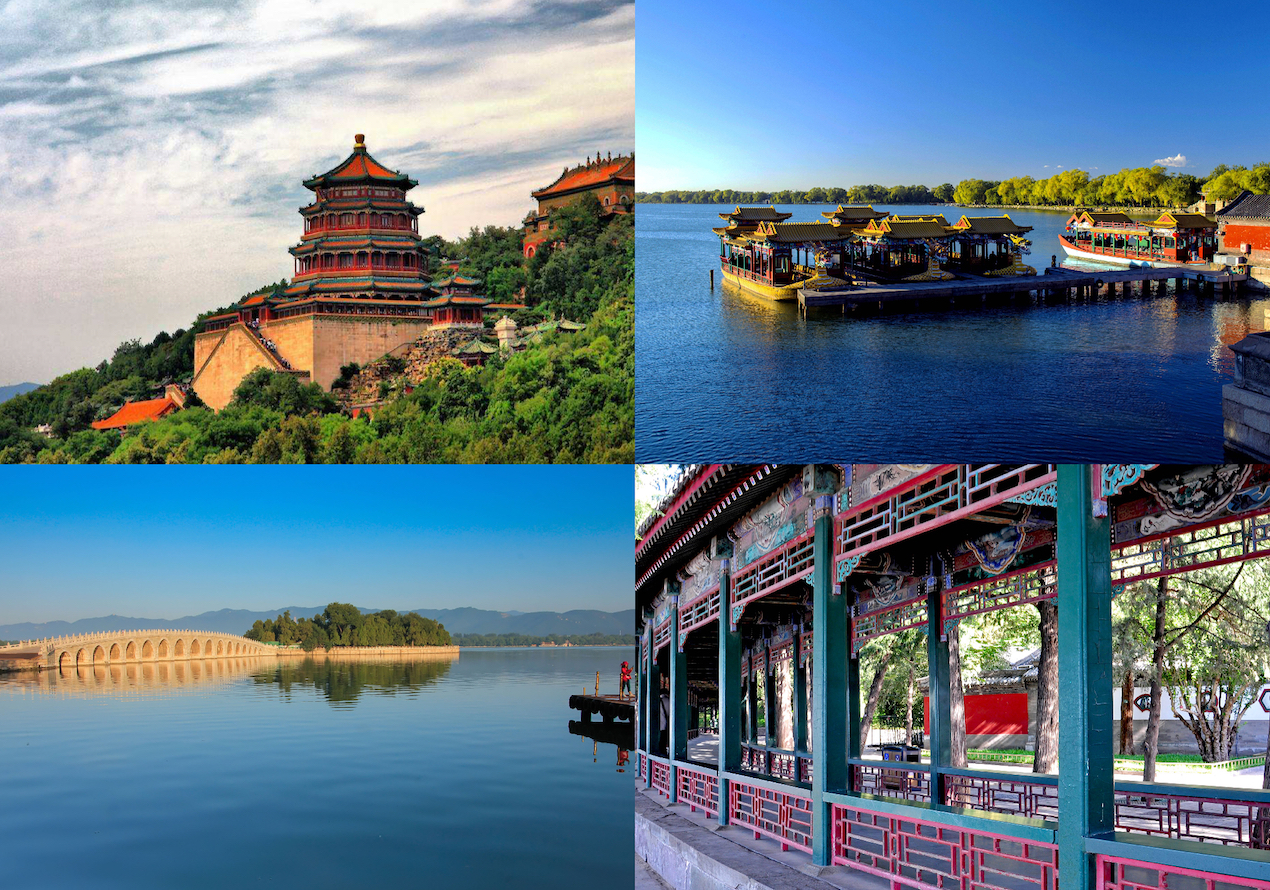 History of the Summer Palace

Summer Palace, originally called the Garden of Clear Ripples, was constructed in 1750 to follow the order of Emperor Qianlong for the purpose of celebrating the 60th birthday of his mother. It took almost 15 years to finish the construction of this imperial garden. Unfortunately, the Anglo-French troops burned it down when they invaded Beijing at the end of the Second Opium War in 1860. Empress Dowager Cixi launched a restoration in 1888 with money designated for developing a national navy and renamed it the Summer Palace. Although it was damaged and plundered again in 1900 by invading foreign troops from Britain, the United States, Germany, France, Tsarist Russia, Japan, Italy, and Austria, it was restored again two years later under the order of Cixi. Since 1914, it has been open to the public and served as a public park till today.

Structure and architecture of the Summer Palace

Covering an expanse of 297 hectares, Summer Palace is mainly composed of the glittering man-made Kunming Lake which occupies three-quarters of the park, as well as Longevity Hill which is made of excavated earth. Functionally, it can be divided into three zones: the administrative zone, the living zone, and the entertaining zone.

The Hall of Benevolence and Longevity, as the center of the administrative zone, was the place where the Empress Dowager Cixi and Emperor Guangxu dealt with state affairs and met officials and foreign guests.

The entertaining zone is mainly arranged on a north-south axis of Longevity Hill which is crowned by the eight-story Tower of Buddhist Incense, the most embellished and costly project of Cixi's grand restoration. At the southern foot of Longevity Hill lies the Long Corridor, a 728m-long walkway ornamented with thousands of artworks. The Long Corridor hugs the north shore of Kunming Lake, facing the West Causeway inspired by the famous Su Causeway in Hangzhou. At the base of the backside of Longevity Hill is Suzhou Street, an imitated shopping street resembling the waterways and architecture of Shangtang Street in Suzhou.

Structure and architecture at Summer palace

For visitors with limited time, we would recommend a 3-hour classic route. Enter from the Eastern Gate to explore the Hall of Benevolence and Longevity, the Wenchang Hall, and the sites around. Then proceed to the living zone for the Hall of Joy and Longevity, the Hall of Jade Billows, and the Yiyun Hall. Go to explore the Long Corridor before heading to discover some important buildings on Longevity Hill, such as the Tower of Buddhist Incense and the Hall of Dispelling Clouds. Lastly, have a boat tour on the Kunming Lake to see the 17-Arch Bridge and exit from the New Palace Gate.

For visitors with enough time, Summer Palace can also keep them occupied all day. Based on the above classic route, visitors can spend some time exploring the back hill of Longevity Hill for Suzhou Street and the Garden of Harmonious Pleasures. In addition, don’t miss the Four Great Regions resembling the Samye Monastery in Tibet. Try to do a circuit of the Kunming Lake along the West Causeway and exit the palace via the West Gate. 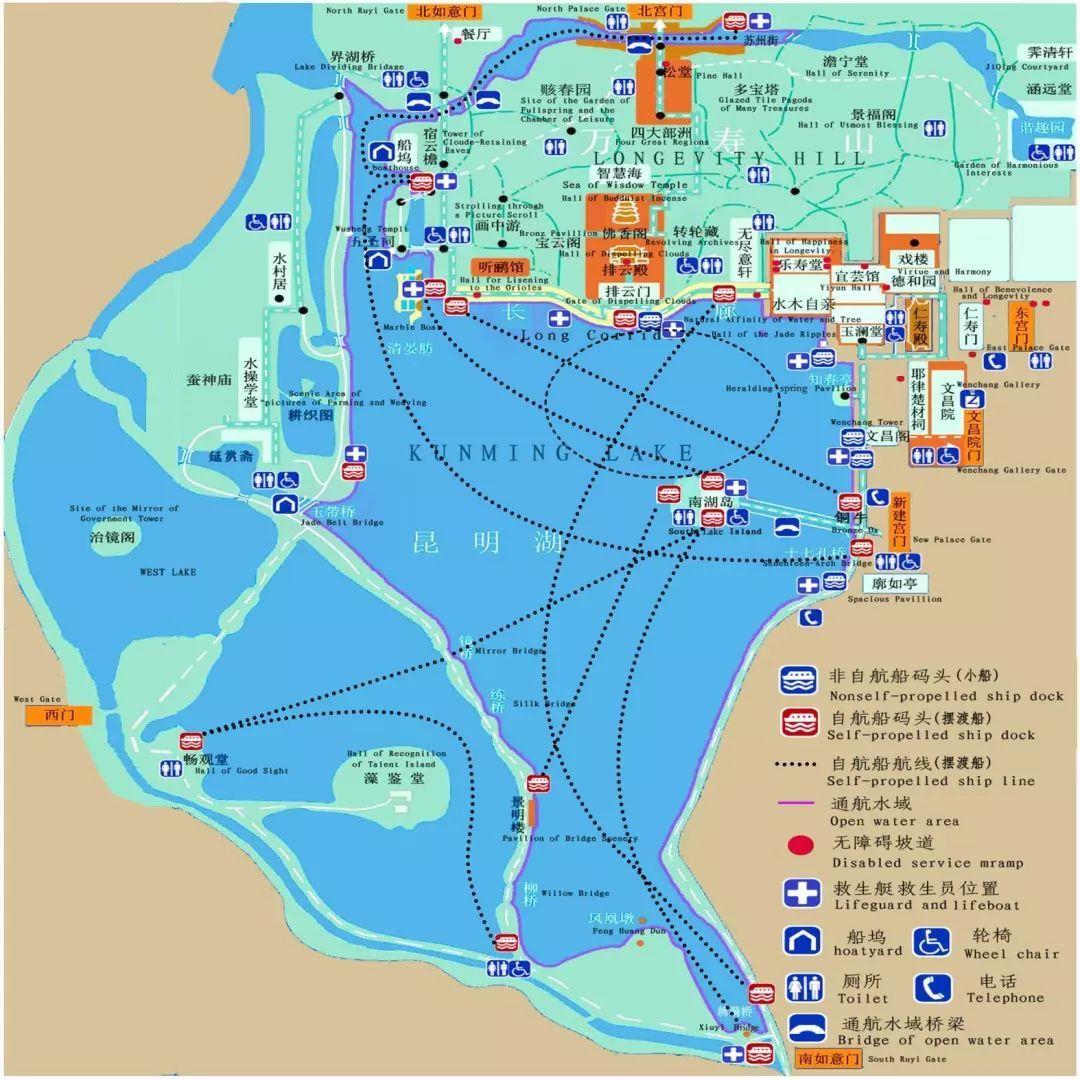 Lhasa
6 days
∙ Private ∙
Trekking & Biking
Hike, ride horse in this mountains of Tibet and explore the highlights of Lhasa on this 6 day tour. Get insight into the history, culture and life of the Tibetan people by visiting this world destination.
Add to shortlist
From ¥ 3,400
View tour >