The finest and best preserved Buddha cave in China is in Luoyang city- Longmen Grottoes which you can't miss when you travel to Luoyang. Longmen Grottoes is regarded as one of three most famous stone cave treasures in China. It's an important landscape to know and learn about ancient Chinese diversity culture and history. Also, Longmen Grottoes represents an imperial will which was built by royal's idea at the very beginning. They are located in south of Luoyang city, between Mt. Xiang and Mt. Longmen and faces the Yi River. You can visit Longmen Grottoes during any season of the year. 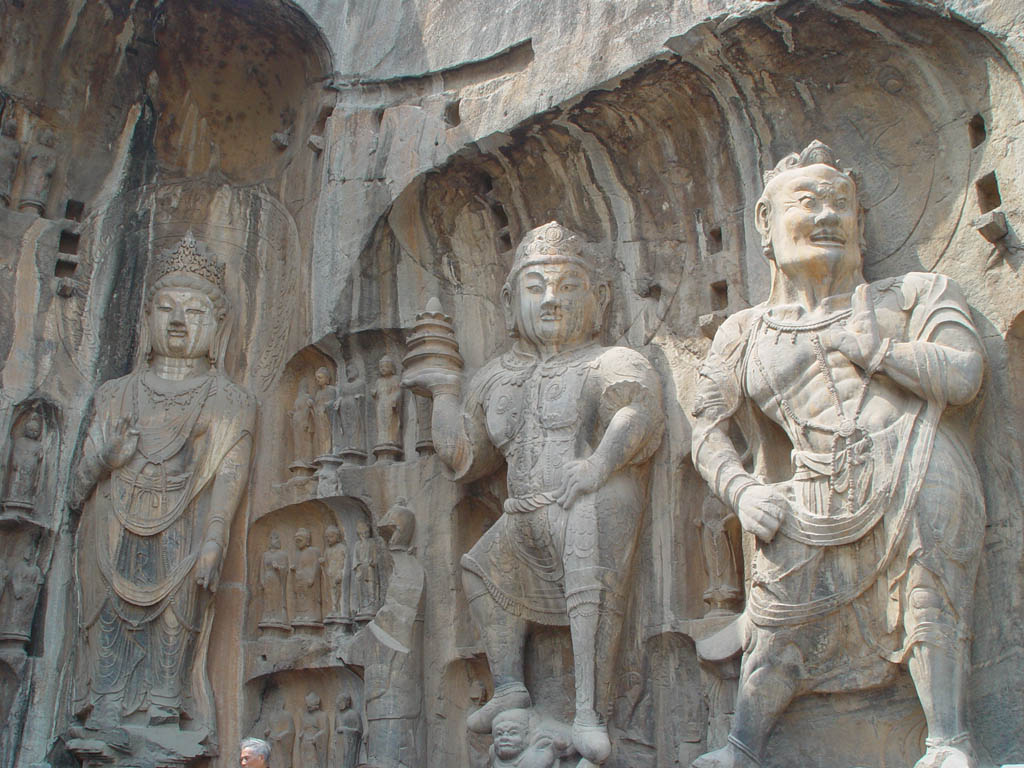 Longmen Grottoes was listed in World Culture Heritage and Relics by UNESCO in 2000. The work started to build it in 493 A.D, having go through seven more dynasties and over 400 years to build. There are as many as 100,000 statues and 1,400 caves. The magnificent scenery is 1 km. (0.6 mi.) from north to south where there are 2,300 holes and niches, 2,800 steles and 40 dagobas. Most of these works were created and finished in the Northern Wei dynasty and Tang Dynasty. There are lots of historical material about art, Buddha religion and custom kept in Longmen Grottoes of Luoyang city.

Longmen Grottoes carved in both Mt. Xiang (east hill) and Mt. Longmen (west hill). The grottoes are formed in 1 km. (0.6 mi.) from north to south both of the hills and creating in limestone formation. Most of the work are done on the west hill, while east hill served as the large group statues of monks.

The most famous legend about Longmen Grottoes is a little boy who always heard a voice which said: "don't open" in Longmen area while he was herding sheep. This situation happened in a daily basis, one day the little boy shouted out loudly : "Open". In that time, the earth become strange and opened up immediately. After that, the cracked a ditch and it became Li River and the two mountains on both sides of the river appeared as Longmen Grottoes. In fact, when Emperor Xiaowen of Northern Wei Dynasty moved the capital to Luoyang city, the Longmen Grottoes carved imperial's order. 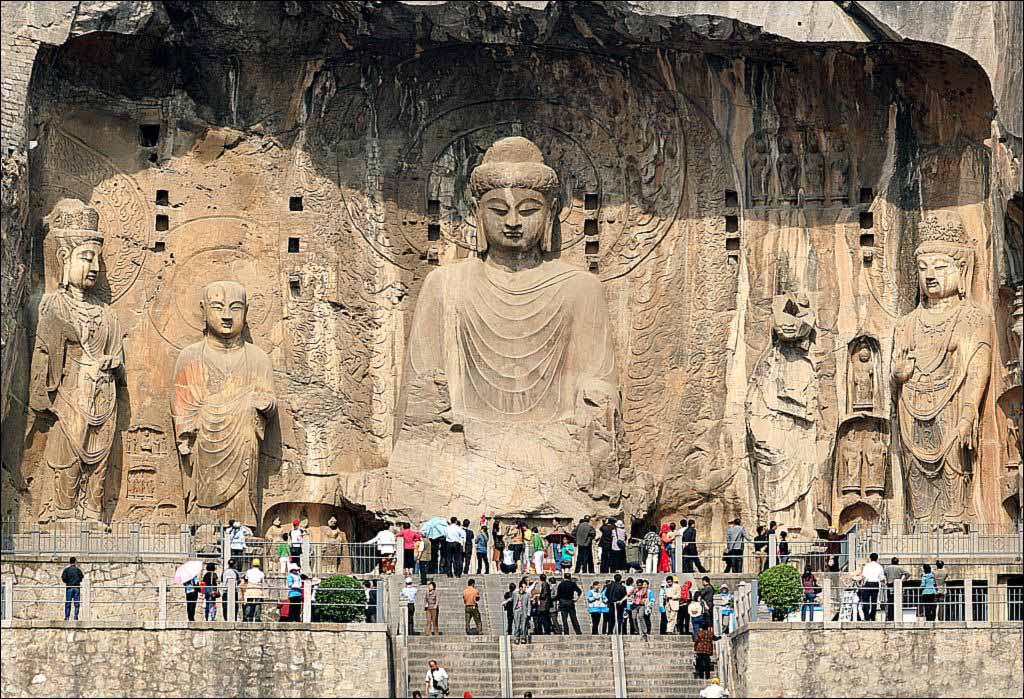 The largest grottoes is in Fengxian Temple in Longmen Grottoes which was built in Tang Dynasty. There are nine major figures in Fengxian Temple, with various of facial appearance and characters. The most impressive one is a statue of Vairocana Buddha, who is sitting cross-legged on the eight-square lotus throne. Due to China's only Empress Wu Zetian has donated so much money into Fengxian Temple, hence it has big acreage and special art in Longmen Grottoes. Also, it's said that Vairocana Buddha's was carved to resemble the Empress Wu herself.

Wanfo Cave is famous for about 15,000 small carved Buddha. It was completed in 680 A.D. with two rooms by government of Tang Dynasty's help. The main Buddha Amida sits in lotus Sumeru throne with the solemn face who has the biggest rights above other Buddha. The wall behind Amida carved 54 Bodhisattvas who also sits in lotus with variety expressions. Surprisingly, the smallest Buddha is only 2 cm. (0.78 in.) while other statues are usually 4 cm. (1.5 in.) in Wanfo Cave.

There are many wonderful scenic spots in Lonemen Grottoes with mountains, river and forest. Travelers usually take a boat to view the beautiful scenery and spectacular Lonemen Grottoes when they travel to Luoyang city. As the part of Chinese history culture, Longmen Grottoes includes the diverse Buddhism culture and fine sculpture. Longmen Grottoes is a must see attraction in tours China which would impress your eyes and heart. Get more information at WindhorseTour: Xi'an Luoyang Tour.