Potstickers? Sweet and Sour Pork? Both are staples of Chinese food in the West, and both come from one of China's lesser-known regional cuisines: Northeastern Food, or 东北菜 (Dōngběi cài) in Mandarin Chinese. 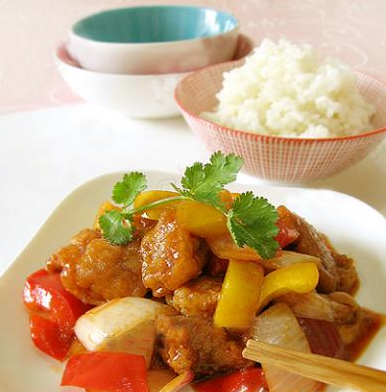 Although China's northeast is far more well known for the nation's capital of Beijing, much of the region's cuisine is heavily influenced by the Manchu people of the far northeast, founders of China's last imperial dynasty: the Qing Dynasty. Even today, China's Manchu population consists of roughly ten and half million people who are still largely found on their ancestral homelands of Liaoning, Jilin, and Heilongjiang provinces.

Originally an equestrian-based hunting culture, the Manchus were heavily influenced by the Han Chinese in the decades following the conquest of the Han-ruled Ming Dynasty. This influence extended throughout Manchu culture, integrating many aspects of Han culture into the Manchu way of life, including cuisine. Perhaps the most famous example of this integration is the spectacular Manchu-Han Imperial Feast.

Today, this fusion of cuisines can be seen in two of the most famous Chinese dishes known to Westerners: potstickers, called 饺子 (Jiǎozi) in Mandarin Chinese, and sweet and sour pork (糖醋里脊 - Táng cù lǐjí). Both dishes trace their origins to China's Northeast and now can be found all across China and in Chinese restaurants the world over. 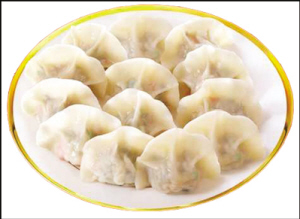 The use of preserved or picked vegetables, especially cabbage, is a mainstay of Manchu cuisine. It is no coincidence that the historic Manchu homeland ends at the Yalu River, China's border with Korea, whose most famous food export is kimchi, also a pickled cabbage product. Given the long and harsh winters for which the region is famous, the preserving of foods has always been of paramount importance.

As the Manchu region of China is heavily forested, traditional Manchu cuisine also included large quantities of game meats, including staple consumption of deer and hare, though neither enjoys the prevalence today that they once did. Although there are farms that raise both for consumption, the prohibitive cost and prevalence of more traditional farm raised animals such as pigs, has led to a decline their use in Manchu cuisine.

Even as China grows more international, with Starbucks and KFC franchises popping up all over, regional Northest and Manchu-cuisine restaurants can still be found in every corner of China. The dispersion of ethnic Manchu during the Qing Dynasty through broad-reaching military garrisons has led to small enclaves of Manchu culture and cuisine all across the country. Despite most ethnic Manchus remaining in the Northeast region, the hearty Manchus can be found as far afield as Sichuan, Xinjiang and Guangdong provinces!