Cultural cues: don't give a clock as a gift

When electing what gift to give for your Chinese friend's birthday, don't give them a clock as gift! Though clocks are not offensive in Chinese culture, giving a clock as a gift sure is! This taboo arises from the fact that the phrases "giving you a clock" (sòngzhōng 送钟) and "attending your funeral" (sòngzhōng 送终) are homophones in Chinese. Therefore, the action of giving a clock carries a negative connotation and is a widely held cultural taboo. Today, especially among the elderly, it is regarded as a sign of bad luck or a curse. 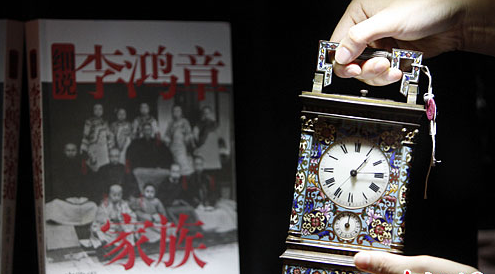 In 1862, Queen Cixi of the Qing dynasty received an amazing, ornate clock as a gift from a French ambassador who was unaware of the cultural faux pas. To avoid bad luck, the Queen accepted the clock as a treasure, but immediately gave it away to one of her attending ministers.

Many cultural taboos in China arise from the attention that Chinese people give to homophones and puns. Probably the most well known example of this is that Chinese people do not like things that are delineated by the number 4. Its pronunciation (sì) is almost the same as the word "dead" (死 sǐ) in Chinese, carrying suspicion that items marked by the number 4 will lead to an untimely death.

Luckily, the clock taboo only extends to stand-alone clocks, not all time keeping instruments. If you were planning on gifting something that could be used to keep time, such as a mobile phone, computer, or even a wristwatch, feel free to carry on with no reservations, but make sure to steer well clear of any clocks!

Lhasa
4 days
∙
Group, maximum of 12 person(s)
∙
Culture and Heritage
Have a great time with our Lhasa join in tour, a deep exploration of the holy city. Visit not only the most scared landmarks of Tibet, but also engage in the Buddhist atmosphere at Jokhang Temple and enjoy some delicious local food.
Add to shortlist
From ¥ 2,900
View tour >