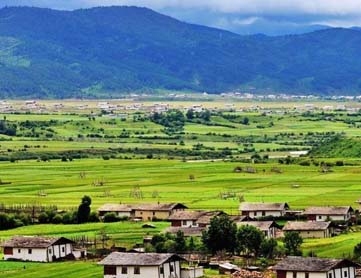 If you ever get a chance to visit Shangri-la in Yunnan province, don’t forget to see its ancient and tranquil winter scene. Actually, “Shangri-la” is what James Hilton who is a well-known British novelist described a forever, peaceful and quiet land in his novel the “Lost Horizons”, where there are snow mountains and gorges, lakes being surrounded by lush forests and the beautiful grass plains leaning under the snow mountains. If you want to see the beautiful Shangri-la, this winter pay a visit to Yunnan province, where it is rich in natural beauty and a top spot for tourism in China, and take the chance to feel the soul of Yunnan people. For more information about this, please look at WindhorseTour's Yunnan Highlights 9 Day Tour.

The Shangri-la County is ruled by Yunnan Diqing – Tibetan Autonomous Prefecture, where the state government lies. It is located in the northwest of Yunnan province, eastern part of Diqing – Tibetan Autonomous Prefecture. The Yunnan-Tibet highway transits here. In 1997, People’s Government of Yunnan Province announced that the legendary Shangri-la lies in Diqing of Yunnan province. Diqing region is located on the edge of south eastern part of the Tibetan plateau, north part of southern Hengduan mountain range. It is where three rivers meet. There are Tibet, Han, Bai, etc., 13 minorities living here and all preserve colorful customs and splendid cultures in Diqing. 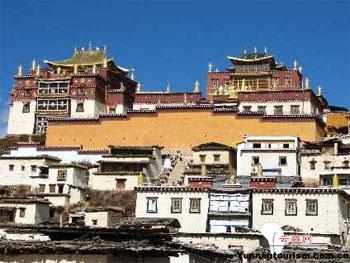 There are many great tourist attractions in Shangri-la. The attractions in Shangri-la promotes the development of the  tourism in China. If you visit Shangri-la in winter, you can see an amazing different Shangri-la. One of the famous attractions in Shangri-la is Gedan Songzan Lin Temple, of which temple people call it the “Small Potala Place”. For more information about Tibet and Yunnan tour, please look at WindhorseTour's Yunnan to Tibet 11 Day Tour. Gedan Songzan Lin Temple is the largest Tibetan Buddhist temple group in Yunnan province. There are many treasures well preserved in this temple – the mural in the main hall is worth seeing, with a delicate style and still showing its colorful through years, the Tangkas and golden Buddha statues. Winter of Gedan Songzan Lin Temple presents a more magnificent and grand scene. Now this temple welcomes the tourists from China and the whole world here to view its ancient and unique Tibetan cultural relic. 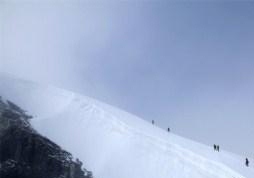 Winter is the best season to see the Snow Mountains in Shangri-la in Yunnan province. The temperature of Shangri-la in January generally is very cold, normally about minus 10 degrees Celsius (minus 50 degrees Fahrenheit), so tourists better take some warm clothes and shoes. Haba Snow Mountain is located in the southeast part of Shangri-la County. The main peak is 5,396 m (17,703 ft.) above sea level. The Haba Snow Mountain Nature Reserve is mainly combined by the main Haba Snow Peak, the alpine moraine lake, azaleas and groups of waterfalls. It’s really a heavenly place in the world, matching its name “Shangri-la”. 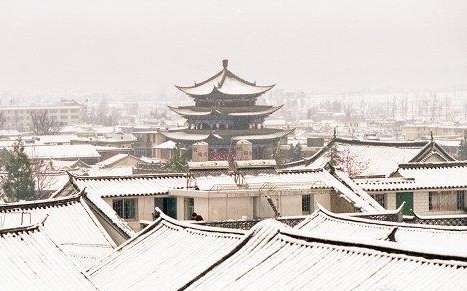 Another featured tourist attraction in the south of Shangri-la in Yunnan is Dali Ancient Town, where tourists can cast along with Shangri-la. For more information about Shangri-la tour, please look at WindhorseTour's Chengdu to Lhasa via Yunnan 16 Day Tour. Compared with Shangri-la, Dali located in the west part of Yunnan brings tourists more of a piece of an ancient and peaceful image. If you pay a visit to Dali in winter, you will have the chance to see another ancient Beijing in south of China. In winter, you can see much unique architecture in Dali Ancient Town. Imagine you waking up in the sunlight of a winter morning in one of the troop-houses. The snow preserves its crystals to shine under the beat of the sunshine. While you are wandering on the street of Dali, you will find all your burdens have taken down and you enjoy this short peaceful pace to refresh your soul. You just need to wander for a while to watch the worn-out brick wall, look at the classical garrets in the flow of sweet flower wind.

This is just the romantic and fascinating Shangri-la and charming Yunnan. This winter come to Yunnan and enjoy the Shangri-la for yourself. Yunnan warmly awaits you this winter!