Zigong dinosaur museum - uncover the history of the dinosaurs 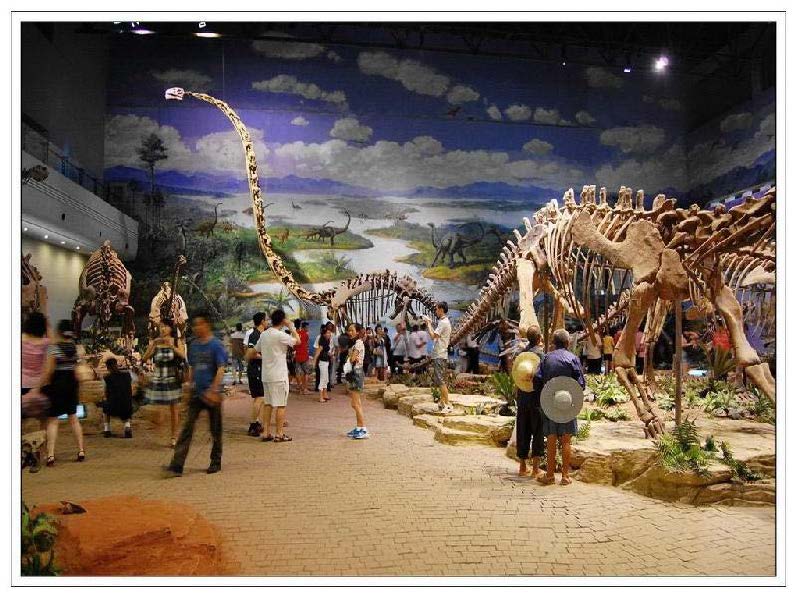 Zigong Dinosaur Museum, is at a distance of 9 km. (6 mi. ) northeast of the city center of Zigong. It ranks as one of the three largest museums with burial sites in the world and is regarded as one of the best dinosaur museums in the world. It is one of the numerous museums in Sichuan province, China. It is a large museum which has been built at the world famous Dashanpu Fauna. The museum is also the first professional dinosaur museum discovered in China. Tourists traveling to Sichuan to see the dinosaur fossils are marveled of the creations of great nature. 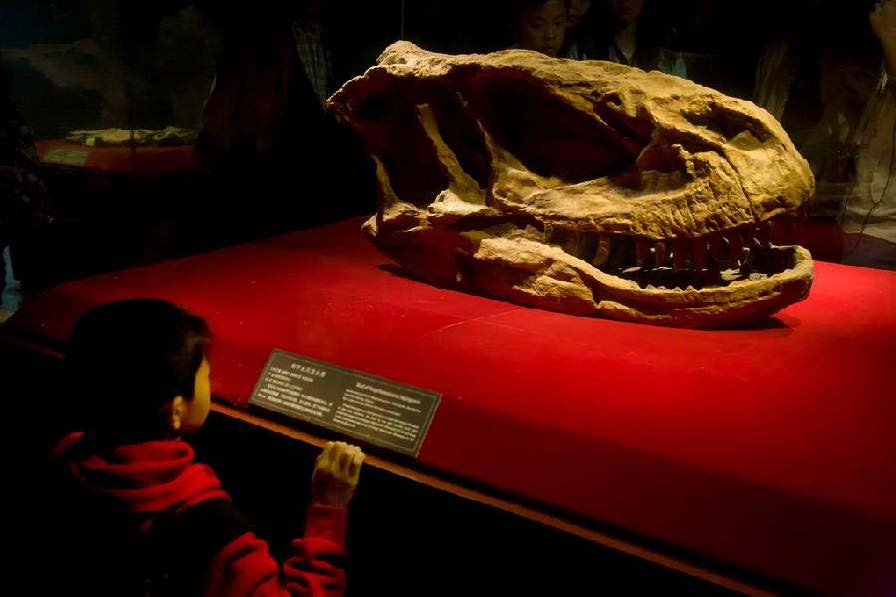 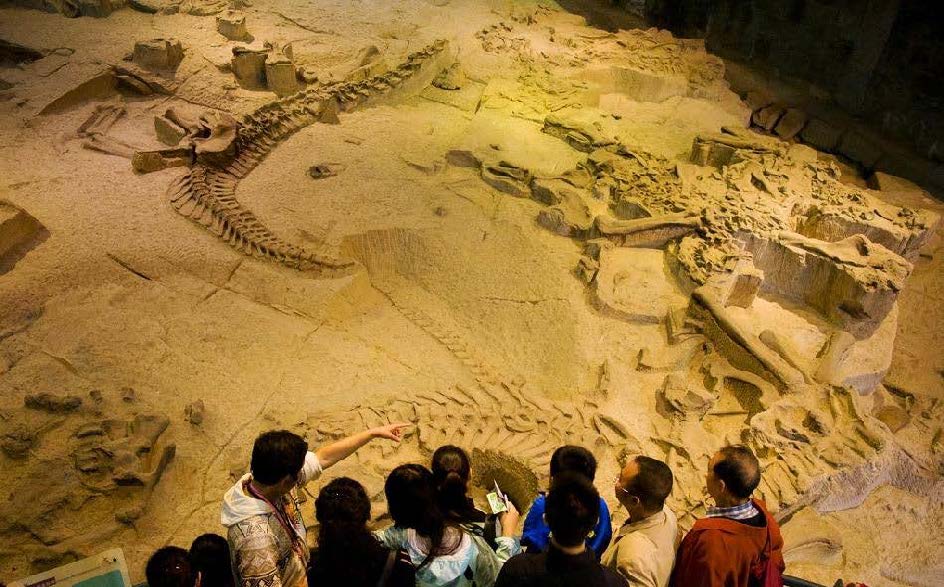 The museum covers an area of over 66,000 sq. m. (710,418 sq. ft). Actually, Zigong Dinosaur Museum has a collection of fossil species almost containing all the dinosaur species in the Jurassic of 205-135 million years ago, thus famed as “the best dinosaur museum in the world” by American Global Geography Magazine. Specially on May 12 2003, the Central- Secretary General and President Hu Jintao visited the museum and gave his affirmation on the status of the museum. 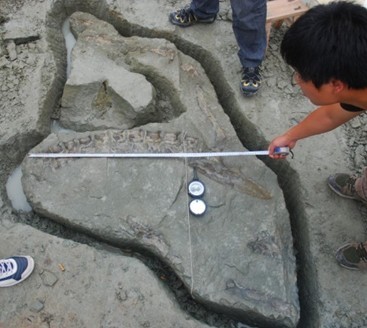 The latest news is that another set of meat-eating dinosaur fossils have been found on 20th June 2012, the former one is Peaceful Yongchuan Dinosaur. After receiving the news, Zigong Dinosaur Museum immediately organized professional works to the excavation site and started the research. Seeing from the newly excavated fossils, related experts judged in advance that this was a set of meat-eating dinosaur fossil. Owing to the fact that some part’s fossils have been excavated and the other parts of fossils were exposed out, cultural relic department took measures to ensure the excavation to move on smoothly. 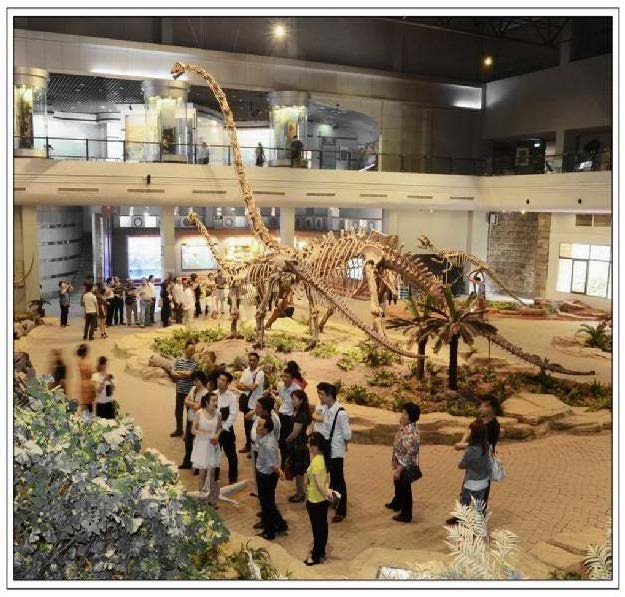 There are 5 basic exhibitions of the museum, including “Dinosaur World”, “Dinosaur Burial Site”, “Fauna and Flora of the Age of Dinosaurs”, “Treasure Hall” and “How Could Dinosaur Stand Up” the five exhibitions in all. The picture showing is the first exhibition hall – Dinosaur World. In the hall, 18 dinosaurs of different size, species and renovation are displayed according to their physical or living characteristics. These great dinosaurs make your imagination run riot, tracking to the time of remote Meso-Jurassic period, from around 160 million years ago. When you travel to Sichuan, you can't miss to see the one of the best dinosaur museums in the world. 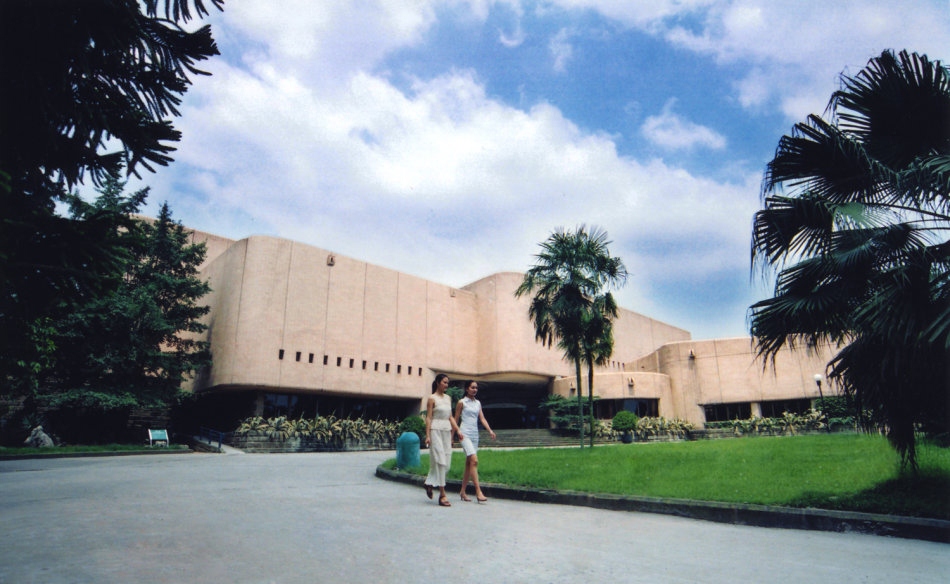 Such a great wonder has won high remarks. John Nobel, press-photographer of National Geography, USA, evaluated: “I dare to say, this is the most magnificent dinosaurs burial site and best museum I’ve ever seen, even though we visited so many dinosaurs burial sites in so many countries, such as Spain, Argentina, Germany and France.” Zhou Mingzhen, the academician of CAS and distinguished paleontologist, praised: “Dashanpu Dinosaur Quarry, so concentrated, so numerous, so complete, what an amazing place!”  These comments give an affirmation that Zigong Dinosaur Museum is one of the best dinosaur museums in the world.

Zigong can be called the real hometown of dinosaurs. Till now, there have been approximately 7 million people who have visited the museum. With a famous reputation, the number is still rising. Since 1989, Zigong dinosaurs have traveled around the world and were displayed in 23 cities in many countries. Your Sichuan tour can't be complete without paying a visit to this best dinosaur museums in the world!