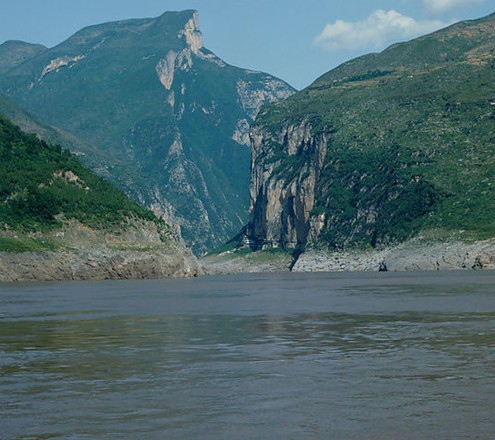 The Yangtze River is 6,397 km. (3,975 mi.) long and it is also the third longest river in the world ranking only after the Nile River in Africa and the Amazon River in South America. It is called "China's Mother River" together with The Yellow River. The Yangtze River basin is the cradle of Human beings' civilization. Many culture sites have been discovered along the Yangtze River area. They also demonstrate that the Yangtze River is one of the earliest birthplace of pottery ever known in the world and one of the earliest original place of rice cultivation. Besides these ancient human beings' culture site, there are many other china's culture remaining in the modern  times and magnificent scenery to see along the Yangtze River and you shouldn't miss: The Three Gorges, Three Gorges Dam, Baidi Town, Twelve Peaks, etc.

Three Gorges: -- The Three Gorges  is a grand canyon with magnificent landscape along the Yangtze River and is one of the china's top 10 tourist attractions. It is from Baidi Town - in Fengjie County of Chongqing to Nanjinguan in Hubei Province, 191 km. (119 mi.) long. There are steep and various shapes of cliffs towering in the sky, turbulent rapids, grand and mighty. It is the birthplace of Chinese Ancient culture and was once the ancient Three Kingdom's battlefield. It consists of Qutang Gorge, Wu Gorge and Xiling Gorge. 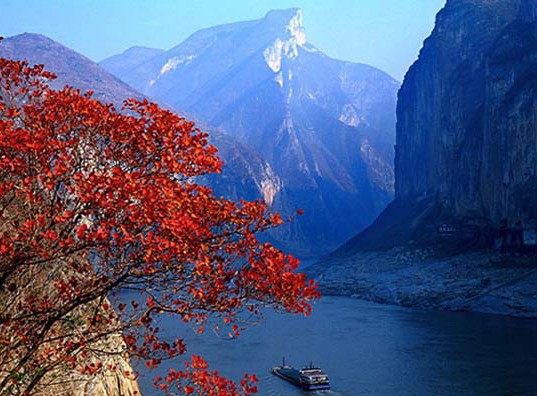 Qutang Gorge: -- Qutang Gorge is 8 km. (about 5 mi.) long, the shortest but the grandest and most precipitous gorge among the three gorges. Steep cliffs are towering over the sky, while the width of river is no more than 200 m. (656 ft.), the rapids are surging into the narrow river, winding its way into the deep valley, when you are on the ship, close enough to feeling of the majestic cliffs on both sides, hearing clearly the roaring and turbulent rapids, looking up the sky between the cliffs, you'll see all the sky is a blue line and get a thrilling feeling. 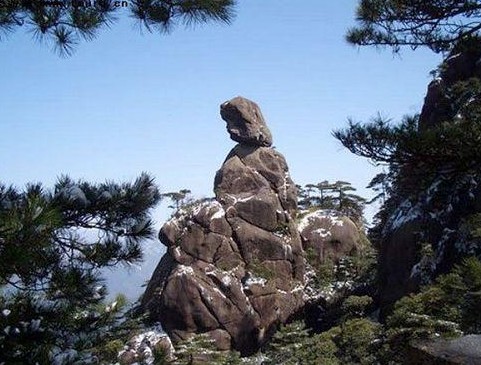 Wu Gorge -- Wu Gorge 42 km. (about 26 mi.) long, deep and serene, it is famous for its enchanting beauty. Long gorge and deep valley, peculiar and abrupt cliffs, layer upon layer of mountains, cloud and mist surrounding, the river flow twists and turns, profound and beautiful, just like a natural art gallery, poetic romance. The marvelous "Twelve Peaks " is located in the north-south cross-strait, which is a famous scenic spot in Wu Gorge, they are so graceful and slender.While the most fabulous will be the Goddess Peak . 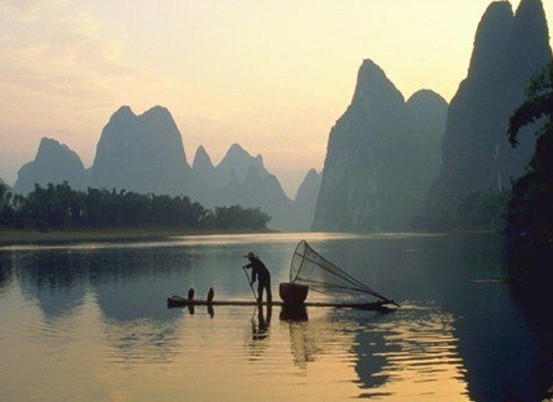 Xiling Gorge -- Xiling Gorge, 76 km. (47 mi.) long, is the longest one among the three gorges and also has the most beautiful natural scenery in this gorge section. Sailing boats speeding, the orange groves covering all over the hills, a puffy of wind from the valley blowing, overwhelm your heart, you can't help yourself to be lost in this landscape. Xiling Gorge is also famous for its various shoals and rapid water.

History of Baidi Town -- Baidi Town is situated in the Qutang Gorge of the north bank of Yangtze River, it is a famous historic cultural city in China. One side is against the mountain, other three sides are surrounded by water, which is very spectacular. Chinese famous Poet Libai has written beautiful poem about this town. There is a well-known history between Liubei and Zhugeliang in the Three Kingdom in Baidi Town. In the August, 228 A.D., the Shu Country lost a battle, after that the Shu Emporor Liubei was very ill and vulnerable, before he passed away he entrusted his son to the dedicated minister - Zhugeliang in Yong'an City near the Baidi Town. This beautiful story about deep affections between Emperor and Minister was handed down from generation to generation and was famously known as " Entrust Children in Baidi Town"

Come and visit Yangtze River, which has a long history of the amazing human being's civilization as well as spectacular and fabulous landscape of Three Gorges. This tour is a must see and startles you by their natural masterpiece.