Places to see in Turpan - part 1

Where is China's best place to taste grapes and unique scenic spots on the Silk Road? The answer must be Turpan city because of Turpan's special unique terrain. Turpan is famous for it's the hottest, lowest and driest place in China as well as the splendid grapes. Visiting the Turpan attractions are popular for travelers as the culture is still mostly Uighur as well as you'll appreciate several historical sites and unusual scenery. Meanwhile, Tupan was a major stop on the northern route of the old Silk Road in ancient times. If you intend to choose Silk Road trip, the places to see in Turpan that are highly recommended are Sugong Pagoda, Karez Well and The Ruins of Jiaohe for the first day in your itinerary. You may look and get more information about Silk Road from the Silk Road In-depth Experience. 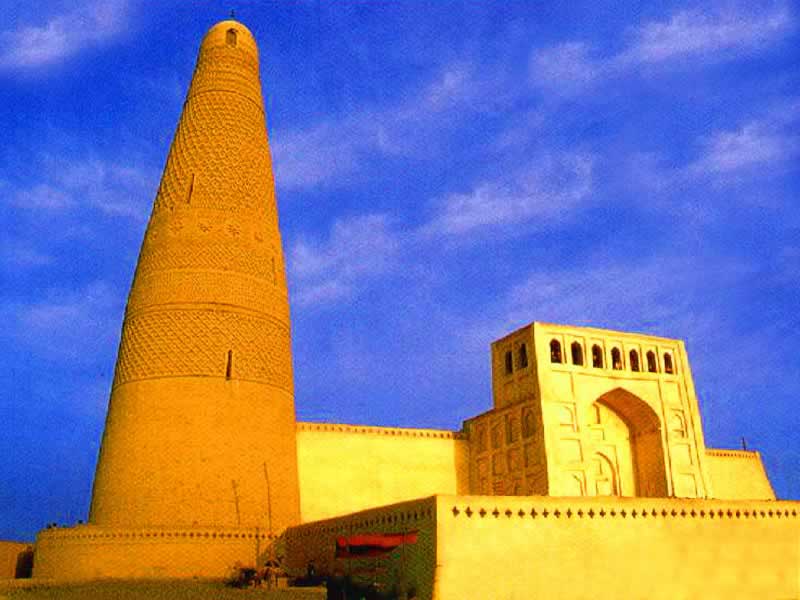 Sugong Pagoda -- It is Xinjiang's largest and China's only Islamic tower which was completed in 1778 A.D, also known as "Turpan Pagoda" by the locals. The architecture style of the pagoda is combined of both Uyghur and Han. It stands 37 m. (236 ft.) high and 72 flights of stairs curl around the center leading to the top. The pagoda's body was built of wood and brick and it also includes various carvings of traditional Uyghur design, which makes Sugong Pagoda quite special from other pagodas in China. Each level of the pagoda has windows facing different directions and at the top there are four windows on each side which provide travelers a good view of Turpan. 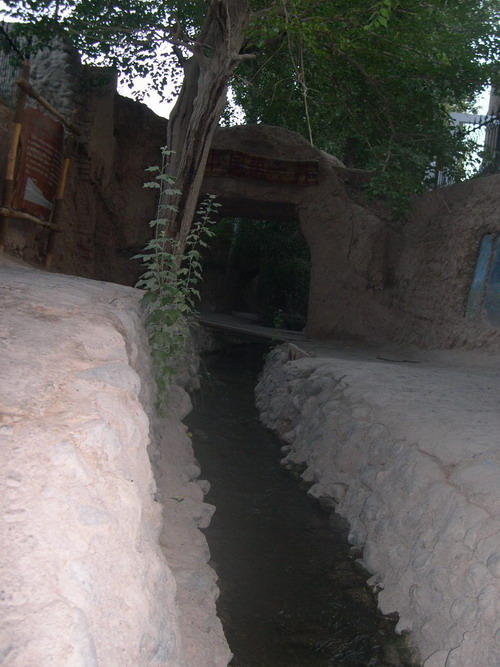 Karez Well -- This is one of the commonly but unique places to see in Turpan, which is an underground water system invented and built by ancient Turpan residents. Karez systems are delicate irrigation systems that are made up of vertical wells, underground ditches, ground canals and small reservoirs. In general, a karez is 3 km. (2 mi.) long. The melted snow from the Tianshan Mountain is the water source of Karez well, especially in the summer season when the melted snow and rain water flow to the basin. Due to this fact Turpan is the hottest and driest in China, most of Karez wells are built in Turpan, where you can drink the water from the wells directly. 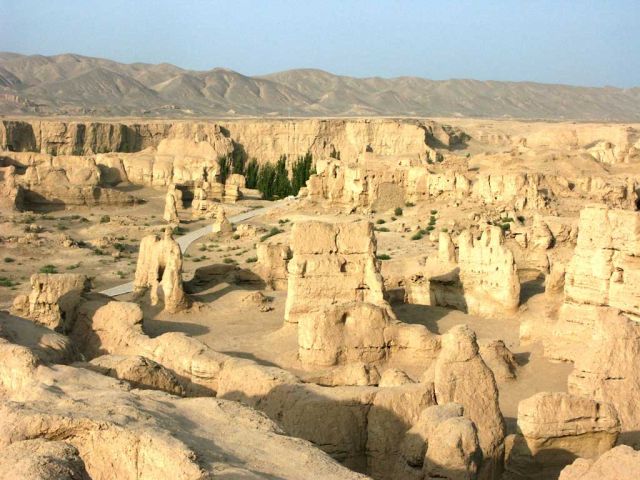 The Ruins of Jiaohe -- The world's largest, oldest and best-preserved earthen city, with 2,300 years of long history and it regarded as one of the must-see Turpan attractions. The Ruins of Jiaohe has its distinctive features, thus: the two city gates have disappeared long time ago; it doesn't have city walls because of three sides of the city are facing towards the cliffs; all the buildings were dug from the earth and no wood was used. As the history records that the city was home to hundreds of residents. You'll see the special pagoda built by rocky differ from the ones usually seen in China.

As you arrive in Xinjing, you might have noticed the intensity of the sunshine during the day and different temperature both at day and night. Besides, the famous Turpan grapes are popularly planted in most Uighur houses that you can buy if you want to taste and also take some grapes back home. If you interested in the places to see in Turpan, then please look at: Xinjiang Natural Beauty and Historical Heritages Tour.

Kashgar
⇀ Dunhuang
...
Kashgar ⇀ Tashkorgan ⇀ Kashgar ⇀ Urumqi ⇀ Turpan ⇀ Dunhuang
8 days
∙ Private ∙
Culture and Heritage
Enjoy the scenery of lakes and grasslands in Kashgar with this Silk Raod highlights tour. Balanced so you stop at Turpan and Dunhuang to discover the history of this famous trading route. This tour will shock the most experienced travelers.
Add to shortlist
From € 820
€ 820
View tour >