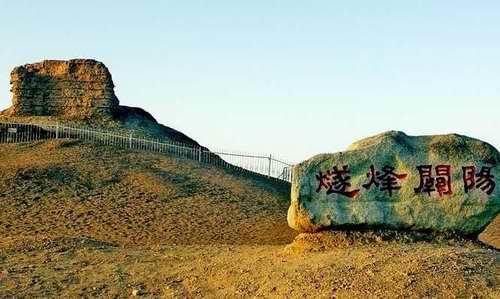 Yangguan Pass is known to many Chinese people through a poem wrote by Wangwei (a famous poet living in Tang Dynasty). Yangguan Pass literally means 'Sun Gate" and is located approximately 70 km.(43 mi.) southwest of Dunhuang City in Gansu Province.

It is so named because it's in the south of Yumen Pass and Yang means south in Chinese. In ancient China, it was used as an outpost to defend enemies and was a vital pass along Silk Road.

Yangguan Pass was built by Emperor Wu during the Western Han Dynasty. Today swarms of tourists are attracted there to appreciate this historical site and the vitally important role it has played and is still playing nowadays.

While wandering in this historical ruins, you may even have the luck to pick up some antiques like ancient coins, pottery pieces, implements of production and articles for daily use left behind from time immemorial. 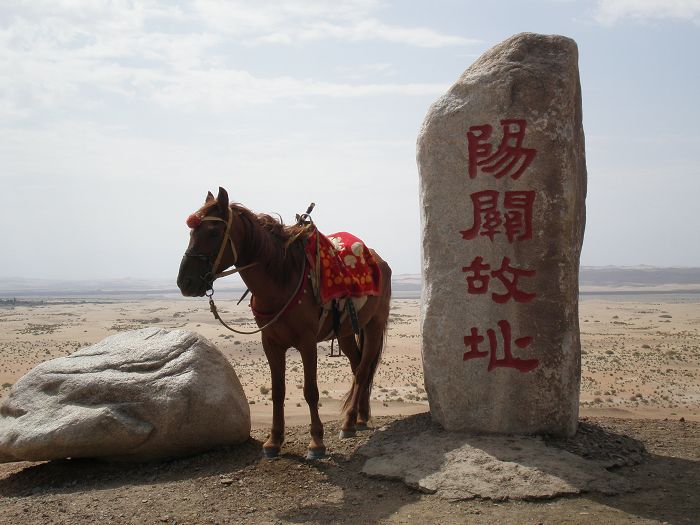 Not far from Yangguan Pass there is a village named Nanhu which is well known for its various kinds of fruits, grapes in particular.

Every year from late August to early September when the grapes ripen, you'll be surprised by bunches of grapes hanging down from the grape vines. Therefore, in terms of grapes, Nanhu is also honored as the "Small Turpan"

Kathmandu
⇀ Kathmandu
...
Kathmandu ⇀ Annapurna Base Camp Trekking ⇀ Kathmandu
16 days
∙ Private ∙
Hike into the heart of the Himalayas with their spectacular peaks, trek into the Nepal lush forests in this 2 week plus trip. Walk along trails lined with flowers and timeless unnamed villages filled with locals of the Gurung and Tamang clans.
Add to shortlist
From ¥ 5,800
View tour >