Must visit People's Park in Chengdu 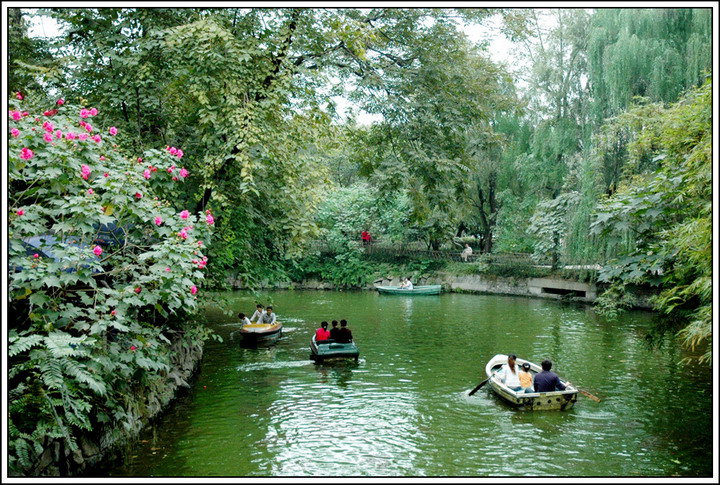 Do you want a relaxing place to go on your very first Chengdu tour? People's park in Chengdu is the great choice for you! People's Park as one of famous Chengdu attractions is quite huge and has lots of trees, gardens and small streams.

It's a great green space in the southwest of Chengdu, residents love to go there to get away from hustling-bustling city life. It's said that there is no best season to travel People's park, but any time you visit there, you would have a good experience.

People's Park was once named Little City Park when it was created in 1911 and changed its name to People's Park in 1949. At the beginning the reason for the constructing of the park was as a monument in memory of the Martyrs of the Railway Protection Movement in 1911.

Now you'll see the monument plopped in the park. People's Park has been through many renovation and it has become the comprehensive entertainment place for travelers and locals, specially the teahouse attracts people to visit this park.

You may choose different activities to do in People's Park. Sipping traditional tea in Teahouses like Yongju along with delightful lakes; boating in the lake to spend a afternoon; sightseeing the square of Martyrs of the Railway Protection Movement, Golden fish Island, Rookeries are just a few to name. Sometimes it holds flowers exhibition and other events, which are also worth to see! 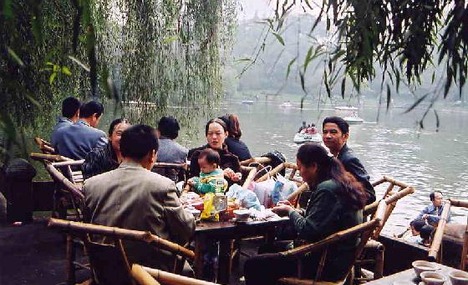 People's Park in Chengdu is regarded as the symbol of local enjoyment place. The most excited thing for travelers is see and join the residents' activities. You can always see many locals in People's Park when you travel to Chengdu. People are doing different activities inside the park.

Things like singing karaoke, dancing the traditional or western dance and play Chinese chess like mah jong. Residents in People's Park are friendly to travelers to join in with their activities, no matter whether you know how to play or not because they are willing to teach you.

Each day, mostly elders enjoy their happiness in People's Park. In the morning, people get together with a big group to perform Taichi. The Taichi is a form of slow-motion arts and in most Chinese opinion they think it has a good physical treatment for body and mind. It's a great chance if you get up early to join with the Chinese elders and learn about some secret of living long.

People's Park in Chengdu is one of most popular Chengdu attractions to relax, which you can visit in any day. It's worth for you to spend a day or half in People's Park, even if it is to sip the traditional tea. What are you waiting for? Just go to the People's park to join in with the locals for dances and songs. People's Park is definitely a must visit on your tours China.