Like the Pyramids of Egypt and the Taj Mahal in India,  the Great Wall is one of the great construction wonders of the world. It is possibly the most well known symbol of China throughout the world. Jiayuguan, a gateway on the Great Wall of china in the northwest Gansu province, has a legend about  its precise construction.

A Brief history of the Great Wall of China:

This 6,700 km. (4,200 mi.) length of wall starts at the Shanghai Pass in Hebei Province, just north of Beijing, on the east coast of China, and ends at the Jiayuguan Pass in China's western Gansu province. 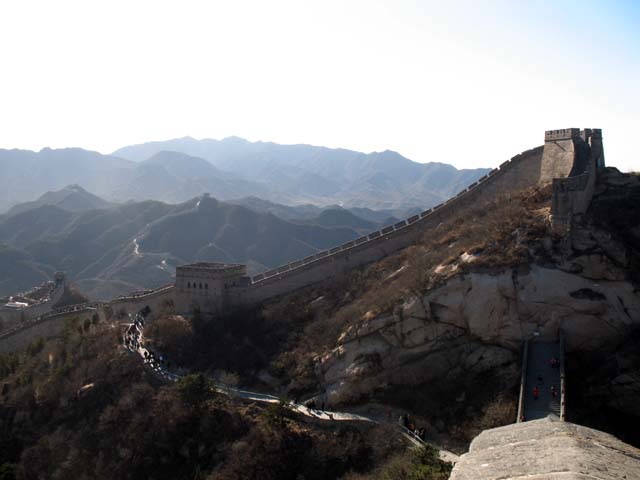 Among the passes (or guarded gateways) on the Great Wall, Jiayuguan is possibly the most well preserved. Due to its impressive construction and imposing presence in the barrens of western China, Jiayguan is long celebrated in China as the "First and Greatest Pass Under Heaven."

The legend about the construction of this magnificent brick structure goes like this: during the Ming dynasty, a talented architect named Yi Kaizhan was tasked to build this important outpost and finishing point for the Ming dynasty's monumental construction effort. After finishing his plans, Yi announced that it would take exactly 99, 999 bricks to build the Jiayuguan structure, no more and no less.

Yi's supervisor thought that Yi was too arrogant and worried that any miscalculation on Yi's part could reach the ears of the emprorer with serious consequences, so he threatened that if Yi's calculations were off, Yi and all of the workers would be punished. 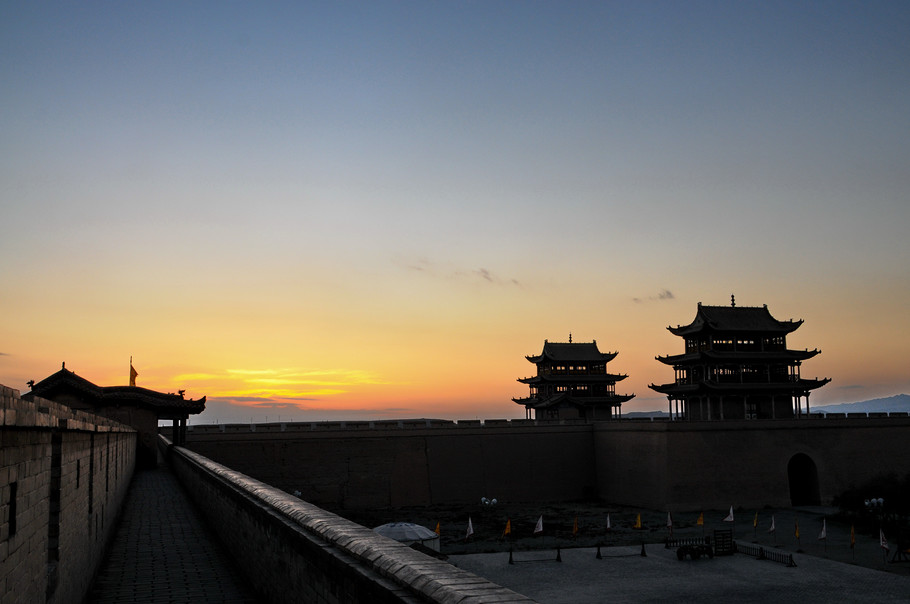 When construction was completed, there was one brick leftover and the supervisor delightedly prepared to punish Yi for his arrogance. However, quick-witted Yi immediately told him that this extra brick had been placed by some supernatural being during the night to guard Jiayuguan and prevent its collapse, and that even the tiniest movement would cause the collapse of the entire outpost. The supervisor, unwilling to take the risk, let the brick stay and was unable to punish Yi , and so the brick remains to this day!

The impressive legend of Jiayuguan Pass is best experienced first hand. It is a must go for any traveler exploring the ancient Silk Road. Do not miss your chance, when traveling in China.