Foot binding in China - the Dungan Hui People of Gansu 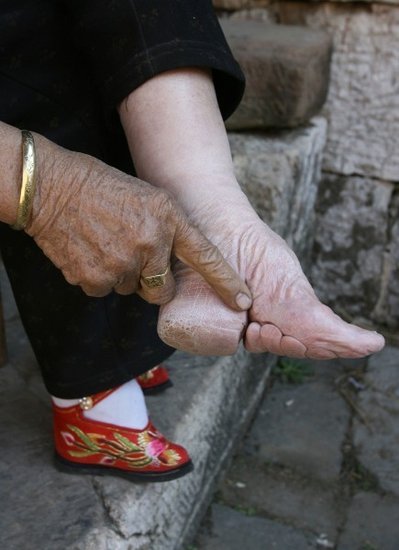 Have you ever seen a adult foot that is only three inches long? In feudal China, they were called "three-inch golden lotus feet"(三寸金莲) and at that time you could see women everywhere with them. In today's modern China, the practice of shaping feet has all but disappeared because of its acute painfulness and lack of practicality, yet there remains one mysterious group of people who practice the tradition - China's Dungan Hui people.

The Dungan people, descendents of people from China's Gansu and Shanxi provinces, have dwelt scattered across central Asia for over a century.  After a failed uprising against the late Qing dynasty (1616-1912) in 1877, Dungans fled west across China to central Asia and carried with them many Qing Chinese fashions and traditions, such as foot binding.

There are different versions of the origins of foot binding in China with little concrete evidence to help substantiate any of the claims. The widely-held story is that foot binding came into vogue in China when word spread around the imperial court of a prince who had become captivated by the adorable small feet of one of his concubines. It was said that wherever her feet stepped, an amazing golden lotus would bloom. The so-called "three-inch golden lotus feet"(三寸金莲) became fashionable among the aristocrats and then gradually became widely adopted by commoners as a sign of beauty and social status. However, since very few women naturally have three-inch feet and big feet had become undesirable, a drastic measure emerged to affect smaller feet - foot binding. 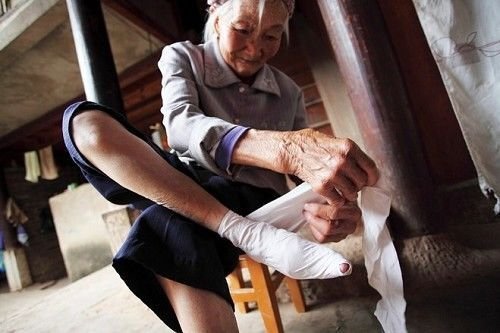 As the practice of foot binding progressed, it was discovered that the binding would be more successful if the process was started before the arch of foot fully developed. Therefore, young girls were started as early as possible, the optimum time being around the age of 4 or 5. A young girl's toes would be bent toward the sole of her foot and taped tightly with a long cotton bandage.

The bandage would bind the foot tight enough to break the bones, without any relief from the pain. Often, each binding would be sewn together to prevent the girl from loosening it, and the young girl would be forced to practice walking on her broken feet until she had become used to it and could walk gracefully. This process would be repeated over and over, rebinding the feet tighter and tighter each time. Finally, the feet would reach the desired length of three inches and forever to be able to fit in ornate golden lotus shoes. 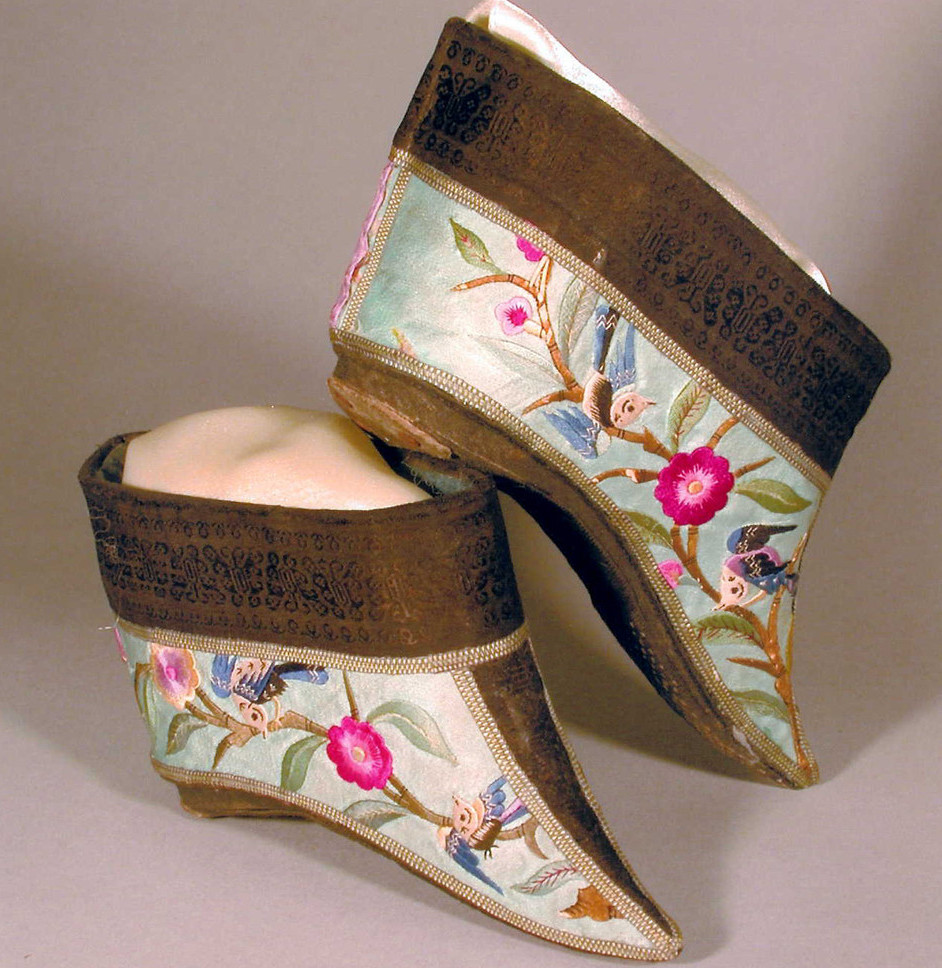 Ironcally, nowadays people no longer crave extraordinarily small feet, but they do appreciate the beautiful golden lotus shoes that were created to house them. Like many things for the Dungan people of Gansu, foot binding is a matter of tradtion and holding tight to the culture they were uprooted from when they were forced to flee west.

The culture the Dungans carried with them was much more valuable than the few possessions they were able to tote with them, and that same culture has been held much more tightly than the goods they fled with. They maintain many traditional practices, good and bad, so much so that walking among the Dungans today seems like walking through Chinese history.