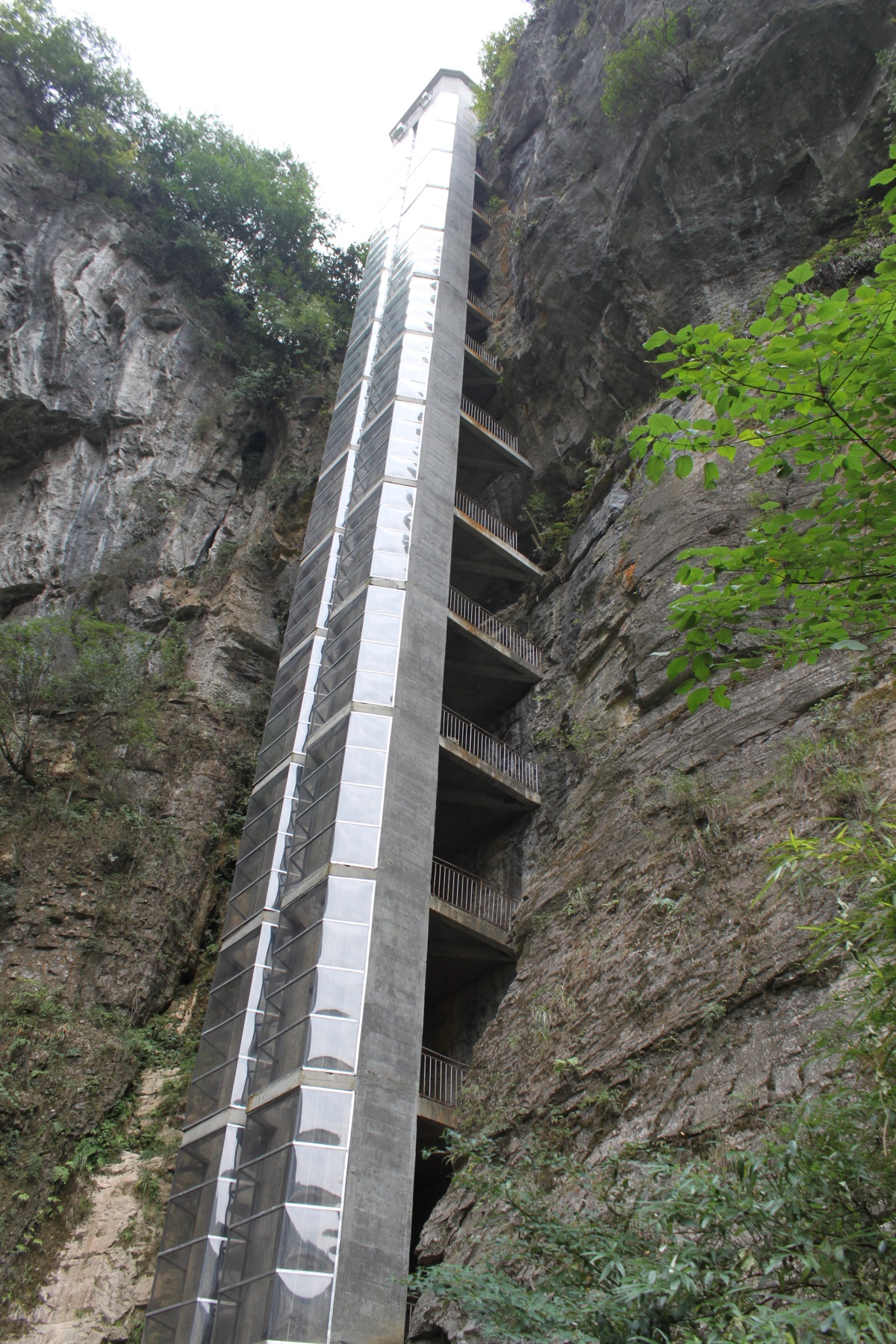 If you jump on any one of the regularly scheduled fast trains leaving from Chengdu, you can be at the beautiful Wulong Karst in Chongqing municipality in only a matter of hours. Part of the greater South China Karst, a UNESCO World Heritage Site, Wulong Karst National Geology Park boasts a collection of natural features sure to please anyone who enjoys the outdoors. If you decide to visit the karst, the place to start is at the glass elevator of the Three Natural Bridges site.

A karst is a natural landscape feature that results when water cuts through soft rock over time, leaving behind canyons full of incredible rock features. Visitors first enter the Three Natural Bridges canyon area, one of the three main attractions of the Wulong Karst, by descending in a multi-story glass elevator and then continuing down a natural rock staircase which passes underneath the first of the three bridges, the Sky Dragon Bridge. 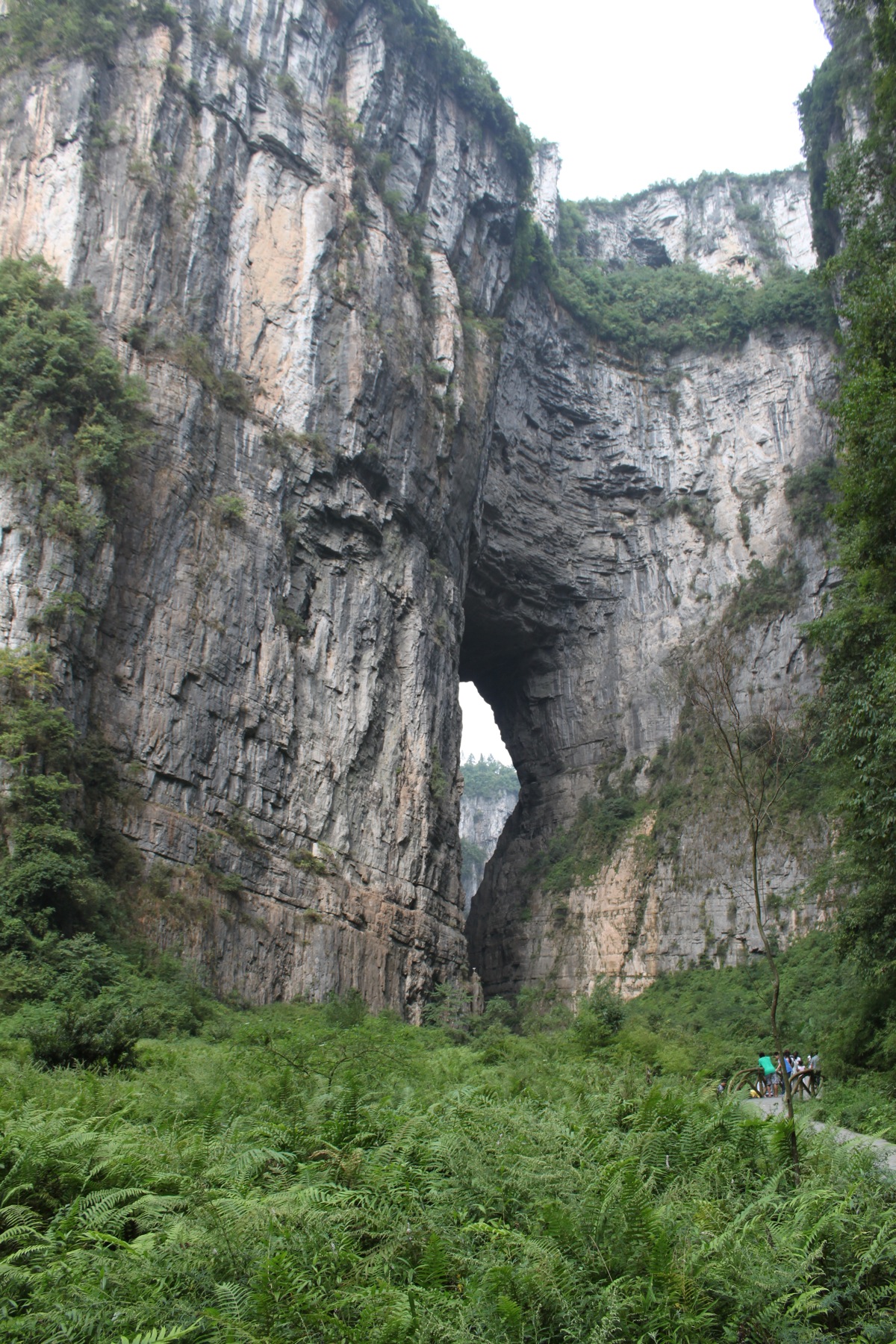 Once at the bottom, underneath the looming Sky Dragon Bridge, one finds an ancient Chinese walled compound which served as a waypoint for couriers during the Chinese dynasties. Due to its picturesque location and mythical feel, the compound was restored in 2005 and used together with the surrounding landscape as a set for "The Curse of the Golden Flower," a major Chinese motion picture.

The path continues past the ancient compound and comes alongside a stream which leads to the second and third bridges, the Azure Dragon Bridge and the Black Dragon Bridge, towering high above. Moving from one to the other, sounds echo up the craggy walls to the sliver of sky overhead. After passing underneath all three bridges, the walls of the canyon open up and the path comes to an end. From there, a rigorous uphill hike (or a leisurely cart ride) will bring you back to the starting point. 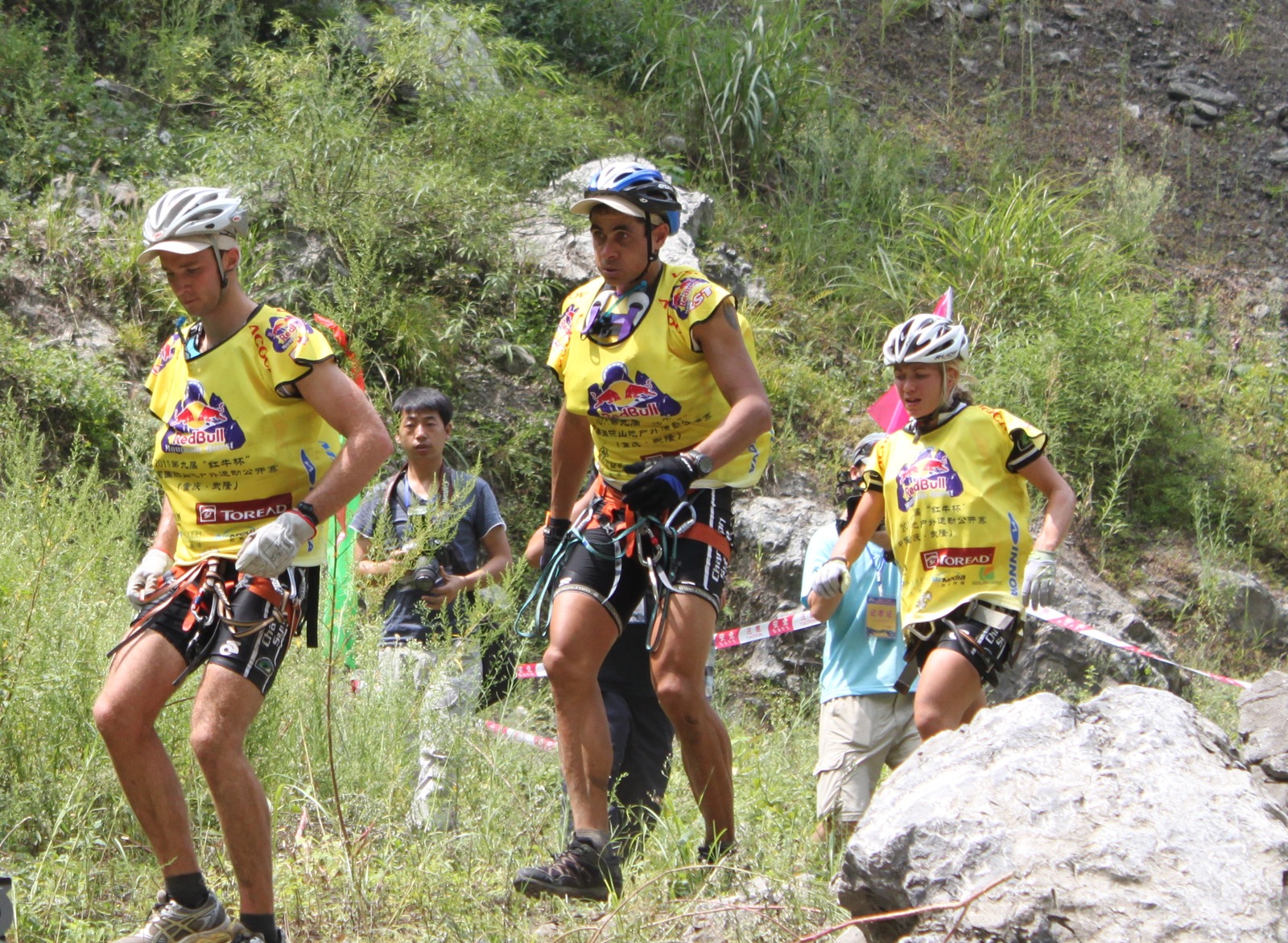 The Wulong Karst landscape is so abundant with natural features that Wulong has become the annual home of Asia's largest adventure race. In Wulong this past September, The 9th annual Red Bull Mountain Quest was held, a three-day multisport competition that pits 4-person teams against each other and against the Wulong landscape.

Whether you decide to tackle the Wulong Karst with the intensity of the Mountain Quest competitors or at a more leisurely pace, we recommend that you bring a good pair of shoes!

Xi'an
⇀ Jiuzhaigou
...
Xi'an ⇀ Jiuzhaigou ⇀ Huanglong ⇀ Jiuzhaigou
6 days
∙ Private ∙
Some may say prestine Jiuzhaigou and ancient Xian as an odd fit, but these UNESCO World Heritage Sites are both magnificant. From the turquise lakes of northern Sichuan to the stone Terracotta Warriors. These sites are in deed a perfect match.
Add to shortlist
From A$ 956
View tour >