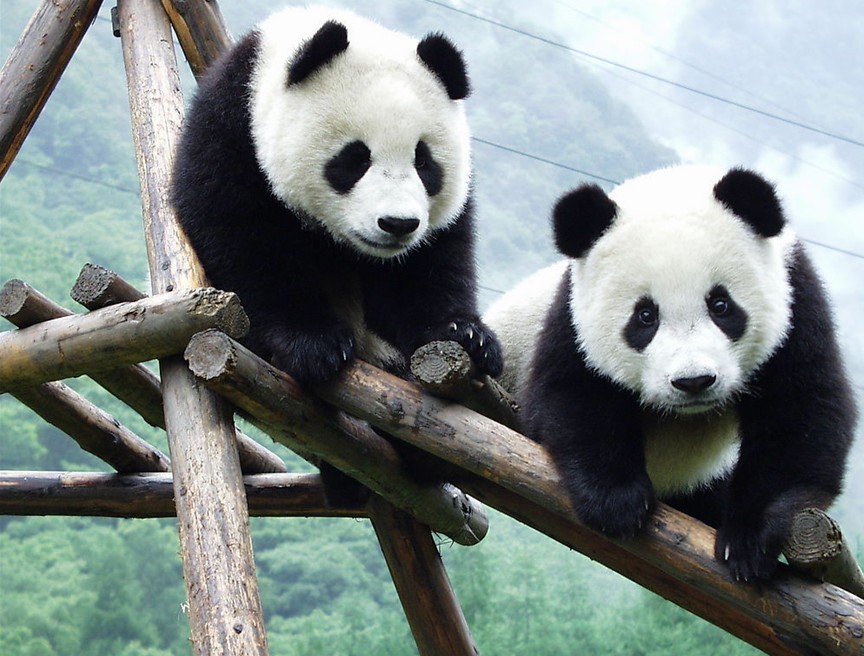 There are few images more iconic of China than the black and white face of the giant panda. Although they can be seen in zoos around the world, the largest number of them reside at the Chengdu Panda Base.

Originally founded in 1987 to house six rescued pandas, the base has since expanded into the world's primier panda breeding and research center. Sitting on 106 hectares of land, the site now boasts modern research labs and education facilites, as well as enclosures for a variety of China's endangered species.

Four different paddocks exist for the giant pandas, divided by age and developmental stage. The largest is for the full grown adults, with smaller areas for younger pandas. A nursery facility for the newborns with viewing areas for vistors also exists, seperate from the others. Although vistors can view the animals in all of the different enclosures, the most popular are of course the cubs and young adult pandas, as they are the most active and playful. The areas where the animals are fed are located closest to the viewing areas because the animals are far more active when they are being fed, gorging themselves on bamboo and wrestling with each other for more! 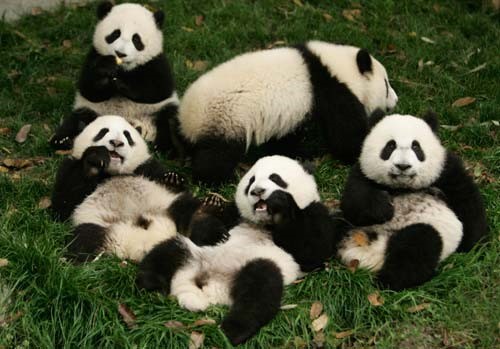 In addition to the giant pandas, the Chengdu Panda Base is home to several other endangered species, including golden monkeys and red pandas. The smaller red pandas have two enclosers to themselves and are nearly as popular as the giant pandas. Visitors to the base are occasionally given the opportunity to get up-close with the smaller animals, after paying a fee, and allowed to handle and play with them. The red pandas are more active than the giants, which can make them significantly more interesting to observe.

Apart from the animals, the base offers a modern research facility for scientists and an interactive media-based education center, both designed in cooperation with U.S. based companies. These facilities highlight the base's stated goal of being the world's foremost giant panda conservation center, with an emphasis on research and breeding technology.

Locted just outside of Chengdu's third ring road in the northern part of the city, the Chengdu Panda Base provides one of the best locations to view these rare animals. It is also one of the few places where people can see the latest technology and methods being used in endangered species conservation.